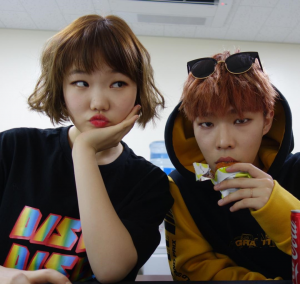 In many ways, AkMu stand out in the K-pop scene. They are a rare co-ed group, a brother and a sister who make a quirky fusion of pop and folk music. Raved about by both critics and the Korean public, they rose to fame via the second season of K-pop Star series. Since they debuted under YG Entertainment, they have composed and produced the majority of their music and most importantly for this article, they have written the majority of their songs too. This is reflected in their music as they have developed a distinct lyrical style which is present in all of their songs. It can be described as cheeky, spirited and youthful and is defined by certain features. I will be covering several of their songs and look at the techniques featured in then that show their unique style.

In the hit song “200%“, they use a conversational, everyday style. The song is a declaration of love and devotion to a crush. It starts off by asking the crush to look at them before starting an appeal filled with promises and praise. This conversational style can also be seen in the cheeky and clever addition of a tongue twister near the beginning of the song. It is a deft touch, making the song lyrically more true to life and relatable. It is a realistic display of awkwardness that helps to make the song sound very genuine and sweet.

In “Re-bye“, they tend to strike a very open, confessional tone. They somewhat refer this in the song where they sing that ” a person who shares a lot is called an idiot in this era.” At points during their songs, the song lyrics can become surprisingly emotional for example when in “Re-bye”, they sing that “Let me go, I can’t stay calm, I am pissed off.” The song lyrics are expressive in a way that avoids the vagueness and the impersonal nature of the majority of K-pop songs. 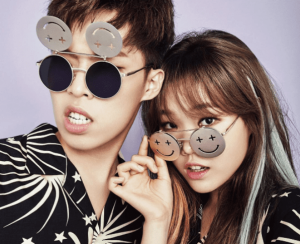 In “Play Ugly”, AkMu tackles criticism and attacks of their looks with great wit and humour. The single from their 2017 album Winter is directed at their attackers but rather than an over-the-top onslaught, the song plays around with the listener. They do not actually reveal how they feel about the attackers in the song, instead, they provide contradicting statements. They say that they are not hurt but maybe they are not hurt, they say that they are not scared but maybe they are scared. They provide no proper answer to the question of whether they are affected by the attackers, denying them real satisfaction.

Throughout the song, they continue to play and joke around with the listener. At a number of points,  they pause to laugh at the absurdity of the situation and at one point, they start to claim that they just pretending to be ugly when they sing “I think you’re misunderstanding right now. Actually, I am good-looking but I was playing ugly.” They suggest that their pretend act of being ugly is very hard and then, later on, they joke that it is their clothes that are causing to appear ugly. The lyrics are carefree and silly but also at the same time work well to reveal the ridiculousness of the attacks.

You teased me for a long time
Calling me ugly
Now I don’t even get hurt
(Actually, the scars won’t heal) 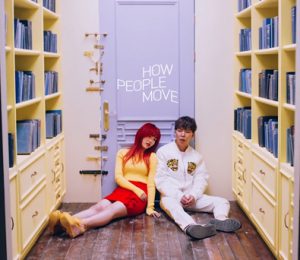 The theme of growing up appears in many of their songs like “How People Move“, a meandering musing on life, the human condition, and their absurdities. At one point, they sing about the experience of growing up. Firstly they express some embarrassment and surprise in the past but then ask the question “What did I eat to grow up this much?”  The answer they give is unexpected and quite strange, “Maybe I ate the love of my mum and dad.” However in a way, the statement is poignant and true, we do need love to help us grow up emotionally as well as physically.

The theme is also heavily present in their most recent single, “Dinosaur” which tells the story of a child who dreams of a dinosaur. The song depicts the power of a child’s imagination as the child who is usually never afraid, gets scared of the dinosaur in their dream. In addition to this, the song illustrates the desire to grow up and overcome our fears when they repeat “I’m gonna shout louder than you.” The dinosaur could be replaced with any other childhood fear, the song is not really about dinosaurs but leaving childhood.

The songwriting skills of AkMu should be noted for their distinct, fresh style. Their talent shines through all of their songs and helps to stand out from the crowd with their themes, style, and tone.