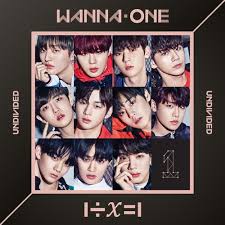 Wanna One has certainly taken a new approach towards their third mini-album. Keeping up with the pattern of incorporating mathematical operations in their album titles, their latest release is aptly named 1÷x=1 (Undivided). What is a little ironic, though, is that the members were, in fact, divided into various subunits in collaboration with notable artists Heize, Dynamic Duo, Nell, and Zico. The subunit tracks formed the b-sides of the album, with the title track featuring the whole group.

When I first learned about the subunit concept for this album, I was a little wary — Wanna One has long been known to have an overwhelming number of individual and even akgae fans, so wouldn’t putting them in subunits like way back in Produce 101 make the situation even worse? On the other hand, the group is trying to go through everything that a normal idol group would go through in the span of a little over a year. Subunit album releases are usually formed a while after the establishment of a group, so in that sense, Wanna One’s concept would make sense for a group who has already achieved so much.

Since each subunit has its individual producer, it only makes sense for the tracks to be of vastly different styles as well. As such, this album is less about cohesion than it is about showcasing musical diversity. 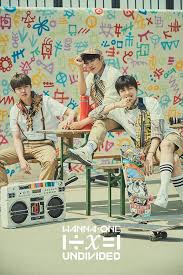 Triple Position consists of Kang Daniel, Kim Jaehwan, and Park Woojin, an interesting mix of two rappers with the team’s main vocal. Zico, as the track’s producer, delivers with the summery hip-hop track “Kangaroo” that has the signature Zico style but is very much unlike anything that we’ve seen from the group before. The song is a good balance of rap and vocals, with quirky rhythms and staccato beats spicing it up. Although there are two rappers, it’s easy to distinguish between their distinctive styles, which prevents the rap sections from getting too boring or repetitive.

If Triple Position is the “swaggy” hip-hop trio, Lean On Me is the indie rock band — matching the style of their producer Nell. Comprised of Hwang Minhyun, Yoon Jisung, and Ha Sungwoon. The track “Forever and A Day” is a laidback, soothing classic pop ballad with strong hints of rock. The vocalists do an amazing job of evoking the melancholic emotion needed for this piece, whether it be during the simple melodic lines of the verses or the complex layered texture of the climax. 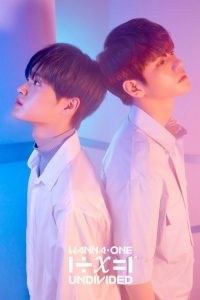 Heize worked with The Heal, consisting of Lee Daehwi and Ong Seongwoo, to produce “Hourglass”. Even during the opening piano instrumental, I could tell that this was one of Heize’s works — the melody, harmony, and mood are all of her classic sound, which are all the more apparent when she does appear towards the end of the track. Indeed, the song takes on a jazzy and R&B style, which really suit the duo’s resonant vocals.

Performed by Number 1’s Park Jihoon, Bae Jinyoung, and Lai Guanlin, and produced by Dynamic Duo, “11” is indeed dynamic, being the chill, groovy track of the album. The low-toned rap sections really complement the smooth vocals; overall meshing well with the quirky instrumental motifs and the strong bass lines.

I saved the title track “Light” until the end because it’s the only song with all the members in it. With heavy synth accents and strong rhythmic beats, it takes on the style of electronic music. However, the track sounds extremely repetitive, with the chorus, in particular, lacking an “oomph” element to make the piece stand out, and as such, it just sort of falls flat, and doesn’t make full use of the potential that Wanna One has demonstrated in some of their previous releases.

While the subunit concept is very interesting, I find that the tracks to be very much reflective of the producers’ characteristic styles. This may have been a strategic move: as the producers are all very much public-friendly, it could be an attempt for Wanna One to attract the attention of the general public through such songs. However, in doing so, Wanna One’s own style is lost, which is quite disappointing, as this subunit idea could have been a major opportunity for this powerful group to develop their own musical style, instead of a producer releasing a signature track for certain members of Wanna One to cover. Overall, I have very mixed feelings about this album — on one hand, I really enjoyed the tracks that covered a wide range of musical genres, but at the same time, I was let down by the absence of the signature Wanna One sound that really could have been used as a recurring motif for this release.

For Your Viewing Pleasure: Showing Some Skin