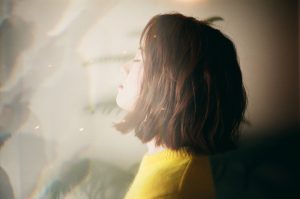 Maybe it’s time for a little self-reflection. When was the last time you sat down with a warm cup of coffee over the swell of acoustic guitars and soft murmurs and reflected on the whirlpool that we call life? Or when did you last make time to see the world out of space, out of time?

Held captive by the hustle and bustle of daily life, we often fail to count our blessings – little ones like how the world still keeps on spinning even when we shut our eyes for a few seconds, or how orange streaks will chase one another across the blue skies when the sun sets every day without fail, or how someone at this very moment has sparkles in their eyes, probably experiencing the happiest day of their life. This very serendipity is ardently reflected in “At The Han River” by Hello Gayoung (안녕하신가영), a song inspired from people-watching at the popular river.

Born Baek Gayoung, 안녕하신가영 is actually a wordplay on the Korean greeting “안녕하신가요?”, which translates to “How are you/How have you been?”. She made her debut in 2008 as a member of Joa Band, went solo in 2013 and is currently under Interpark Entertainment.

Since then, she has released a couple of EPs and also lent her voice to several OSTs. Still pretty low on the radar, she’s not someone who immediately comes to mind when you think of female K-indie artists, but her warm lilting voice and metaphorical songs make her a standout from the onslaught of female soloists. 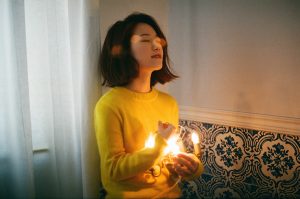 While there isn’t a proper English translation for “At The Han River”, it’s about finding peace and a strange sense of beguilement in the slow and serene way of life at the Han River, while citizens continue to carry out their daily activities as usual. It’s also about how vast and boundless the river is and how tiny she is in comparison, but the emotions she has are beyond the tides, illuminated by the aura of loneliness.

The swell of the soft acoustic guitar tunes in the introduction before the piano joins the main melody sets a soft jazzy tone from the get-go. Midway into the piece, the melody conjures up a vivid landscape of the sky veiled behind a thin layer of clouds, as warm orange and pink streaks intertwine across the horizon and the knee-high grasses in the meadows sway alongside the setting sun.

We try not to wear our hearts on our sleeves, fearful of being torn apart for being too transparent with our feelings. However, Hello Gayoung’s discography opens up a safe and tranquil home reserved for only honest and heartfelt musings, and “Dream A Dream Of Dreaming” off Feelings settles itself comfortably in the said haven.

The song is on the slower side, a tad bit melancholic. The gentle guitar riffs give way to the song’s quiet reminiscence, leaving room for daydreams and little musings. Here, we get to fully revel in Hello Gayoung’s pastel timbre that’s clear as a brook on a sunny day. Similar to her other pieces, “Dream A Dream Of Dreaming” serves as a form of comfort to the harsh blows of life, as if it was a close friend engulfing you in a tight teddybear hug.

“I Like You”, a 2014 release, is probably her most popular song and also my favourite track of all times. It’s also one of the rare sweet K-indie coffee shop fares in her discography. Featuring Park Won who has lent his voice for the ad-libs, the song plays with breathy tones and a good layering of dulcet sounds.

In all honesty, Hello Gayoung’s singing isn’t very adventurous as she doesn’t do much belting or vibrato, but it doesn’t mean she’s lacking in technique because her vocals are full of expression and mature in resonance.

In “I Like You”, it begins with her sweet voice that’s centered around a light acoustic melody, before giving way to Park Won’s ad-libs and their shy confessions, perfectly encapsulating the fluttery and tingling feeling of being in love.

“Winter To Spring” off Collection Of Short Stories (Almost Like Missing You) serves as a testament to her flair for painting visually sonic landscapes. It’s evident how she displays the beauty of the seasonal transition through her vocals that are softer than snow, but warmer than gold. In my mind, I visualise the whites and greys of a velvet winter night morphing into the premature pink awakenings of spring. 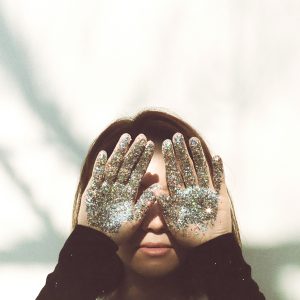 Hello Gayoung has engineered poetic feelings and notions of loneliness, life and love into melodies that live to tell stories and each of her tracks is nuanced to have its individual expressive charm.

Be it enjoying some alone time under the sheets on a cold rainy day, or strolling through a park in spring, or engaging in a bathroom-singing session on a hot summer afternoon, Hello Gayoung’s music is fitting for all occasions and seasons. Her works are nothing ornate or extravagant, just comforting with simple narratives. In other words, straight from the heart.

Listening to her songs is equivalent to watching the world in slow motion; watching moments crawl to a standstill and experiencing what the universe has to offer and enjoying (and surviving) whatever’s thrown in your way. 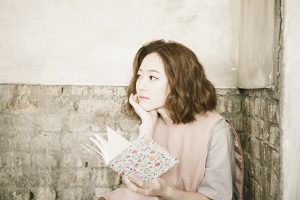 Her voice has the capacity to fit into a spate of molds. Combined with her talent for creating euphonic and vivid masterpieces, this can only bode well for her future releases and genres that she hasn’t tried yet. Say, why don’t you take a breather for awhile and seek refuge in her art just for awhile? It might help you start viewing the world with different eyes and a changed heart.