GFriend Are Dull Stars in "Time for the Moon Night" 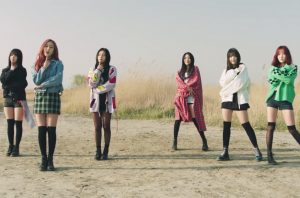 On April 30th, GFriend released their latest album, Time for the Moon Night, along with their title track of the same name. In the past, they’ve been criticized for having little progression in their musical style, and for having songs that are almost identical to each other. GFriend did make efforts to evolve their sound by working with new producers, No Joo-Hwan and Lee Won-Jong; however, the new composers mark neither a step forward or backwards for the group’s musical evolution, leaving us with another disappointing album.

The album carries through a theme of the night, stars, and dreams which perfectly matches their concept look for their album and live stage image. The girls are in pretty solid colored dresses of black and dark blue against a blue and purple starry night background. The songs are all mostly up-tempo love songs aside from “Bye” which is the sole ballad on the album. The intro and final song are both instrumentals songs, with the latter being a reprise of their title track.

Although a slight shift in tone for them, “Time for the Moon Night,” isn’t anything special or memorable. The song is about struggling with one’s feelings of regret and love wondering if they should take a risk and pursue someone they think may not be interested in them. The song starts off promising, with Eunha carrying a emotional tune which leads to an orchestra melody. However, it suddenly takes a turn into a quicker beat becoming just another one of their pop love songs. There’s no power in the girl’s voices that shows enough turmoil to truly depict the song’s lyrics about the conflicting feelings that comes with love:

I’m still not sure of your heart for me to approach you
I’m hesitating but I like you too much to just stay here
Why can’t you see my heart?

While the music itself tends to generic, I’ll admit the lyrics are more interesting. There’s a sense of youth and naivety in the writing that’s relatable to anyone who is or was in love and scared to confess to someone they can’t read well enough. Much of the songs across these albums touch on that anxiety of wanting to declare your love. 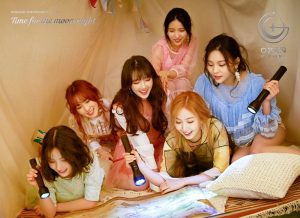 Another song with beautiful lyrics and the highlight of the album is “Flower Garden.” Albeit the song isn’t musically creative, it’s still touching in it’s own right. “Flower Garden” relies on a flower blooming metaphor that symbolizes their dreams, and the voice of the song is speaking to someone about regaining hope:

Similarly, “You Are My Star,” has a fairly identical theme about dreams and having that come true with someone you love. While both songs are most likely for a significant other they can easily be about a friend that has been by your side throughout one’s journey. Seeing GFriend sing about different kinds of love could be the push they may need in their music but they didn’t take that concept as far as they could have. 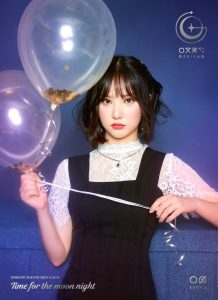 “Love Bug” and “TikTik” are both alike in that they’re high-pitched songs with cute and catchy choruses. Both songs are about not being able to control their feelings and wanting to confess their love or wanting their crush to declare their feelings. The songs build on the excitement at the beginning of a crush and being eager for their affection. These songs are probably the least imaginative with lines like “kiss me, Romeo” and “you’re making me go tiktik.” They aren’t anything different than the regurgitated love songs that many other female acts have put out. There isn’t anything unique to them that I could pinpoint and know that this is a GFriend song.

I was eager to hear the ballad, “Bye,” and thought that this could be the push the group needed to evolve their music. “Bye” is about lamenting the end of a relationship and declaring that they’ll always remain in love. Yuju and Eunha shine in the chorus with their solo parts bringing a much-needed emotion and peaks to the song. However, even with their vocals, the song doesn’t reach enough of a dramatic height despite the help of a guitar solo when it finishes. When it ends, you’re left thinking “that was it?” 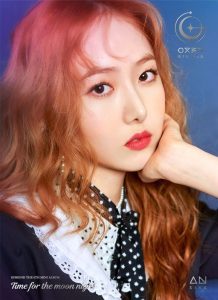 All hope isn’t lost for GFriend as the members are now or will soon be entering their early 20s and might have a better chance at controlling their music direction to take bigger risks. I would like to see them sing about a different topic or really take on more challenging notes in their singing. Changing to new composers was a good idea, however, they album still sounds homogeneous and if you’ve already heard their previous albums, you’ve pretty much heard this album.