Music and Lyrics: Once Upon A Time 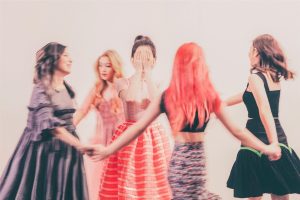 Often K-pop likes to look to fairytales for inspiration. Stories of Prince Charmings, fairies and dragons are inspiring to a lyric writer, leading to endless happy ever afters in the land of songwriting. The tales have so many uses, adding that whimsical and magical touch to a love song, metaphors for universal experiences, etc. They are familiar to almost everyone, having entered the majority of cultures around the world. Fairytales suit almost every K-pop act: there are the sweet, endearing versions perfect for cute concept girl groups and the darker, gloomy tales for a more mature concept. Here is just a selection of songs from what the magical kingdom has to offer.

From her debut mini album Me?, HA:TFELT featured a song inspired by and named after the main character of books by J.M. Barrie, “Peter Pan”. The former Wonder Girls member uses Peter Pan and Neverland as symbols of eternal youth and the references to the plot to create a touching song filled with longing. Throughout the song, HA:TfELT asks Peter Pan “take her to Neverland.” It is clear that for her, Neverland would be a safe haven from the hardships of reality as an adult.

She describes Neverland as a place where you do not grow up and the laughter never ends. The song can be seen as a reflection on adulthood which compared to childhood is frustrating and difficult. The song like the book at first portrays the land as a paradise and Peter Pan as a saviour. She is calling on only him to take her away, hoping he remembers her from childhood.

Wendy, the little girl dreamer
Her shadow grows longer as time goes by
An unknown fear
You can’t ever fly again, it stays on my mind

Will you remember me? 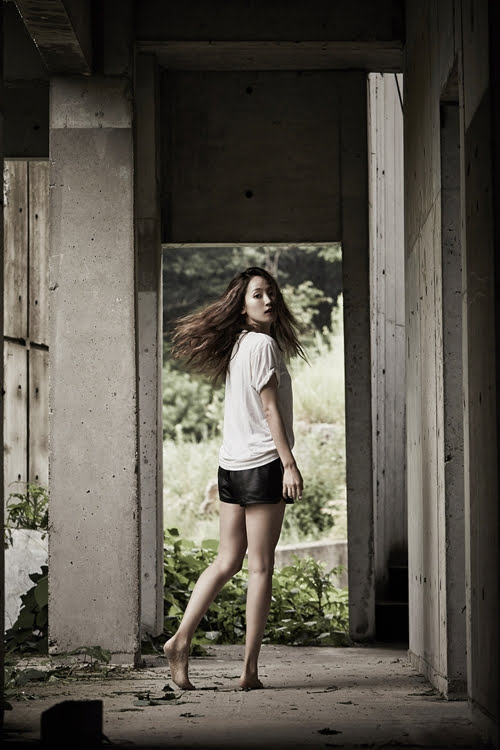 There are a number of other references in the song but the most notable one is the reference to the character of Wendy. She sees herself in Wendy as they are both now adults. Wendy seems like a representation of her fear of growing up. She notes that Wendy cannot fly again and the fact that this stays on her mind. There is a sense of urgency and desperation here to escape from adulthood particularly as afterwards she asks Peter Pan if he remembers her. Wendy also functions for herself as a warning signal.

IU has many songs based on or inspired by fairytales, “Cruel Fairytale”, “Red Queen” and more. However I am going to focus just on the title song of her 2013 album Modern Times, “ The Red Shoes”. It is based mostly on the 1948 film version of the original fairytale, The Red Shoes by Han Christian Anderson. The main character, Vicky Page is a budding ballerina divided between her devotion to dance and romance. While her overbearing instructor, Boris Lermontov tells her to neglect anything but ballet, Vicky falls for a young composer. Vicky has to choose to pursue either her art or her relationship, a choice that has serious consequences.

IU in the song takes the place of Vicky Page to tell a story of lost love and destiny. Like the female lead, IU is trying to choose her life path and at first she is highly optimistic and self assured, “Even if I close my eyes and walk, I will choose the right path.” She believes that she can have both love and her art and tries to pursue them both. However over the course of the song, her tone changes to become more dark and lost. This is displayed in her relationship with the Shoes which I feel represent the life of fame and success that IU and Vicky Page both desire. Initially she is hopeful about them saying “They say you can go to better places, if you wear better shoes.” But she later finds them controlling, “My feet keep, my feet keep going their own way, yoohoo. Oh my, pink shoes, oh my.”

The joy of that brief “ lost summer time” has gone and will never come back. It seems that she cannot have both love and art and loses her love like Vicky Page in the film. The final verse is tinged with sadness beginning with IU asking “Have you forgotten me?” She is overwhelmed with the desire to control time, showing her complete regret over losing him in her life. Unlike the film, the lyrics do not suggest that IU’s character dies but rather that she is in a hard place. Going back to the first verse, it seems that IU like Vicky Page was never really in control of her destiny but rather it was something or someone else. 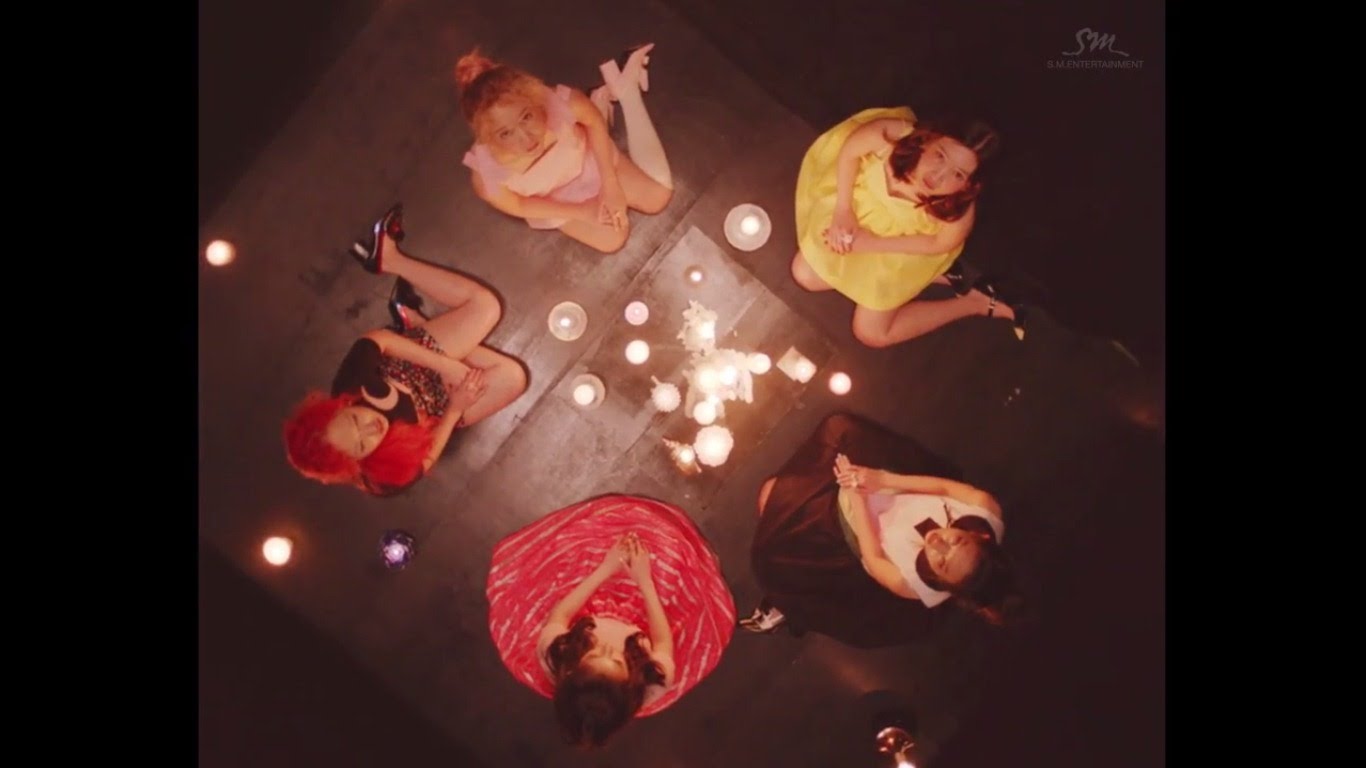 Thirdly Red Velvet’s song, “One Of These Nights”  is inspired by the well-known folktale about the lovers, Jiknyeo and Gyeonwu which also is the root of the Korean Chilseok Festival. Koreans tell the following story: The heavenly king had a daughter called Jiknyeo who was skilled at weaving beautiful clothes. One day, when she looked out of the window while weaving, she saw a herder called Gyeonwu just across the Milky Way. She fell in love with him. The heavenly king grew angry, and ordered the couple to live apart from each other, allowing them to meet only once a year.

On the seventh day of the seventh month of each year, they were excited to meet each other, but they could not cross the Milky Way. However, crows and magpies worked together to form a bridge across the Milky Way for the couple. After a while, their sadness returned because they were forced to wait another year before meeting again. There are a number of parallels between the song and the story. Firstly it is all about the pain of separation which Jiknyeo and Gyeonwu felt in the story.

I’ve stopped in that day with the old story
I’m going through heartache longer
than the times we loved
Past the Milky Way, in a faraway place
I’m going through our white memories
It’s alright if it’s just a dream

The song expresses the sense of loss that the character has over the separation. The song denotes that the pain over the fact that the time that they spent together was too brief overwhelms her greatly. Jiknyeo seems in this song to be always going back to their memories in her mind to keep on going during their separation. It is notable that the song starts with her having just had a dream.  This longing is also made clear by the repeated calls for another meeting. The song ends with her singing again and again “Let’s meet again, one of these nights.” 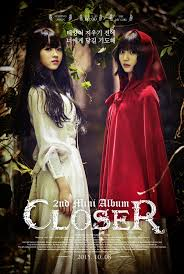 Oh My Girl have often had a fairytale concept in their songs and music videos, the most well known one being “Closer” from 2015. The song features a number of fairytale elements. Firstly the song frequently mentions stars, “Hello shooting star, please fulfill my wish.” This reminded me of Cinderella with the similar idea of wishing on a star. This symbol of stars gets mentioned again and again throughout the song particularly in the rap where constellations and the Milky Way are mentioned in reference to the lover.

Secondly there is the theme of separation, like “One of these Nights” and its story. The whole song is about someone who is trying to overcome distance for the sake of love. The chorus is like a call, telling their love to “come closer” while also telling them they are coming closer to. Through the repetition, the lyrics create a strong feeling of passion that can found in a fairytale.

Fairytales can, as is seen in these songs, create a dreamy, otherworldly feel in songs. They add beauty to the mundane, a touch of magic to the average. With their universal, flexible nature, it is not surprising why they are still so beloved in K-pop.