Side B: Jonghyun’s Diverse Style

“I wanted to create a space where people, including myself, could set their hearts at rest, no matter where they were… this space has grown into a whole world in itself… This space allowed us to come together in one place regardless of where we were physically. Some people joined us from the other side of the world and at a different time, but we were were still in the same space. Physical space had nothing to do with us, and I hope it continues to be that way.” 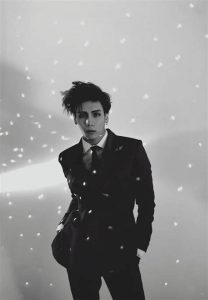 While these were Jonghyun‘s parting words at the end of his three-year stint on the radio show Blue Night, they also relate to his music. Going through his albums again, it becomes clear why his music became a safe haven for listeners around the world, passing through borders and barriers to reach so many hearts. Jonghyun had the rare ability to create music that is both personal and universal.

In his lifetime, Jonghyun released a mini album, two compilation albums, and one studio album. An article once said that Jonghyun seemed to be “born to make music” and this rang so true in my mind. His brilliant talent as a songwriter, composer and singer shines through all his works. With his heartfelt releases, Jonghyun marked himself out as both an exemplary artist in the industry and someone whom many people connected to due to. With the final, posthumous release of Poet | Artist, it seems like a suitable time to look back at his previous albums in this piece that curates some of his diverse B-sides.

Many of Jonghyun’s songs are relatable, and a great example is “Just Chill” off his second compilation album, Story Op.2. The whole song embodies the desire to relax and, like the title suggests, “just chill.” Jonghyun impressively uses various elements like a gentle pace and light guitar riff to create a chill, calming atmosphere. The lyrics are conversational and casual; the chorus in particular is a clever set of ordinary questions and answers that add to the relaxed vibe. The song truly suits Jonghyun’s falsettos, and the falsettos in turn give the song an added sense of chill. 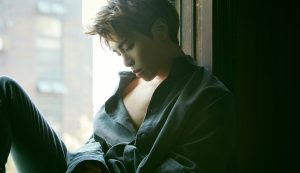 Next up is “Diphllyeia Grayi”, a song off Story Op.1. Based on submissions from Blue Night listeners, the songs on the album remarkably translated the stories into music. The best example of this is probably “Diphllyeia Grayi,” named after a white flower that turns transparent when it gets into contact with water, giving rise to its common name, “Skeleton Flower.” In the lyrics, Jonghyun uses this flower as a deeply emotional metaphor for a troubled relationship. Just like the flower, the repetition of “time passes” is especially haunting yet beautiful, evoking a sense of how vulnerable the relationship is against the strains of time. The song itself is a moving ballad with a grand accompaniment of piano and strings that showcases the beauty and power of Jonghyun’s vocals. Even with the backing vocals at points during the song, his voice shines through without being overwhelmed.

Moving away from the melancholy, “Beautiful Tonight” is a bonus track on Base, his first mini album. It is a smooth charm offensive with lovely little details like whistling and the “alright, listen” at the start. The song is paradoxically full of playfulness but also has a lot of sophistication at the same time. Whereas ballads like “Diphllyeia Grayi” highlight Jonghyun’s introspective side, the stylishness of “Beautiful Tonight” perfectly showcases the charismatic, sultry performer in him. Yet even more groovy tracks like this are tailored to the softness of his voice, bringing out his song-making skills; he always knew what suited him best.

Like “Beautiful Tonight,” “White T-Shirt” is a light-hearted song. It is a fun, uptempo pop song filled with catchy hooks, perfect for dancing to. A track off She Is, an album featuring a great range of genres, “White T-Shirt” simply expresses the persona’s love for a girl in a white T-shirt who is giving off flirtatious vibes. The song features a stand-out combination of techno elements and piano that creates a jazzy feel. Little vocal add-ons that appear throughout the song, like the “hey” before the chorus and the repetition of certain words in the verses, bring out the energy of the song. It is often through small details like these that his great passion and love for music shine through.

If you or anyone you know is experiencing distress, a list of helpline numbers from around the world can be found here: www.iasp.info/resources/Crisis_Centres/