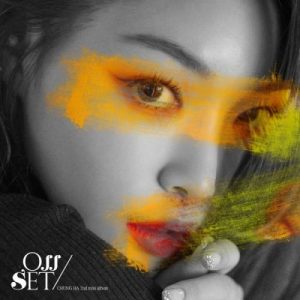 Chungha first stepped into the spotlight on Mnet’s Produce 101. Since then, her fellow I.O.I alums have slotted back into their respective groups, shifted between various new ones, or slipped under radar to prepare for further training. Yet Chungha’s agency, MNH Entertainment, took the bold move of debuting her as a soloist with the tropical house tinged “Why Don’t You Know” in 2017. Barely a year later, she’s back with new mini album Offset, and title track “Roller Coaster”, complete with a dazzling, neon-hued MV.

Building on the success of her debut, MNH Entertainment have again opted for aesthetic spectacle over substance. “Why Don’t You Know” rode the conventions of the tropical house wave, replete with dreamy visuals of dolphins and dream catchers. ‘Roller Coaster’ comes as a standard piece of upbeat dance-pop, the MV’s retro 90’s visuals complementing the new sound. It’s a genre well-suited to Chungha’s strengths as a dancer and allows her to build on the sweet yet subtly mature persona she’s established, successfully avoiding either well-worn end of the cute – sexy spectrum many female K-pop stars swing between.

From the moment the MV begins, we know this is going to be more of a dance showcase than a music video. But that’s no bad thing when the dancer is Chungha. Shifting between a pink feathery two-piece and neon orange and green day-glo ensemble, she succeeds in outshining the multitude of backup dancers who serve to shape the performance around her, rather than detracting from Chungha’s charisma. Between dance scenes, the sets and fashion statements evoke the song’s title and the changing attitudes of a young woman in love:

I keep getting this dizzy feeling

I don’t want to go too fast

Because of you every day is new 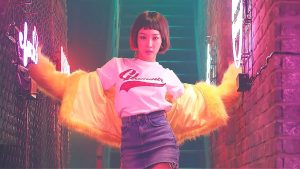 While singing about her shifting emotions, Chungha is first coy in a sleek wig and leather boots, inviting the viewer to follow her down a pink-hued alleyway, then a wide-eyed ingenue snuggled up in a cute trailer complete with toys and patchwork cushions. She gazes through a telescope to glimpse the more mature, sultry version of herself dancing among swirling stars, that shift to fireworks and shots of the titular rollercoaster, symbolising the highs and lows of first love. The visuals might be somewhat jarring, but this fits the concept, and the retro-inspired fashion and bright palette create a dazzling MV that marks Chungha out as an idol easily capable of captivating an audience as a solo artist.

While MNH Entertainment have succeeded in showcasing Chungha’s prowess as a performer by dropping two choreography-focused MVs, the song itself fails to stand out. Produced by Black Eyed Pilseung, whose credits include “Like Ooh-Ahh” for Twice and Sistar’s “Touch My Body“, the track begins with the echoing notes of a xylophone and blends a strong bassline with the percussive elements of finger-snaps and snares that make “Roller Coaster” so infectiously energetic. The pre-chorus slows things down with a hint of acoustic guitar, before the synths swoop in and Chungha’s voice takes centre stage. 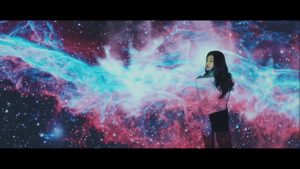 And this is where that bubbly backing track and the kaleidoscope of starry visuals projected over Chungha’s slick choreo cannot hide the impact lacking in her vocal delivery. It may be that the song’s range is too high, and too one-note for Chungha to comfortably carry the chorus. She has a sweet, breathy voice that suits the song’s concept and echoes hauntingly to create the addictive refrain, but simply lacks the power to elevate ‘Roller Coaster’ beyond its fairly repetitive melody. The MV is still stunning, the song still catchy enough to have hit-making potential. But Chungha has the talent to sound better than this, if her company perhaps finds a smoother track lighter on its production, to better complement her voice.

“Roller Coaster” hasn’t yet set the bar for anything innovative or memorable beyond its performance cycle. But Chungha has succeeded in carving out a niche for herself as a soloist, releasing two bright, bubbly tracks accompanied by visually contrasting music videos that highlight her charisma and capability as a performer. There’s great potential for more to come.