Humans are weird beings. We like to relish in combing our fingers languorously through coarse sand and clinging onto the last thread of hope. We are slaves for a flutter, for dreams that seem so close but so far away. They call us people youths – who are not yet adults, but no longer little kids. The idea of youth is one hell of a paradox, but it is in youth where we dream passionately of better tomorrows and struggle with the shit life throws us. In youth, we win some and lose some. In youth, we learn. In Samuel Ullman’s poem, he says:

Youth is not a time of life; it is a state of mind; it is not a matter of rosy cheeks, red lips and supple knees; it is a matter of the will, a quality of the imagination, a vigor of the emotions; it is the freshness of the deep springs of life. 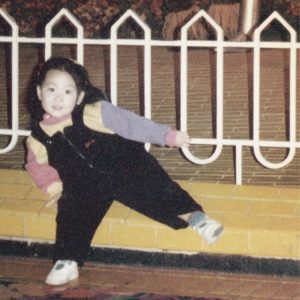 This very essence of youth is echoed by indie and synth-pop singer-songwriter Oohyo (Woo Hyo-eun). As one of my favourite Korean female indie musicians, her works are a refreshing mix of electronic and indie pop on pensive themes such as youth, adulting (or trying to), love, and the unfortunate case of an unrequited or lost one. There isn’t much information or pictures of Oohyo online and we respect her for that – for wanting to be known for only her music and her love for it. What we do know is that she entered the scene in 2014 and is now signed to independent record label Mun Hwa In, has a couple of English versions of her songs having lived abroad before, and has worked with Yoo Seung-woo for “45.7cm” and Jerry.K’s for “Call Center”. Oh, and she’s also known as the pizza girl, from her song “Pizza” and its catchy lyrics of “pizza sucks without you”. 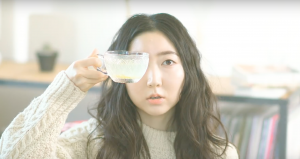 Though Oohyo is quiet with her releases unless you follow her closely on her socials, we cannot deny that she has a strong affinity with dulcet indie and synth-pop tunes, and also a gift for music and tugging at our heartstrings with her craft. Her most recent release “Honey Tea” takes on a simple narrative. What I like most about her is that she sings about life as she sees it, without adding any flowery means, letting her true character take the rein. But if I were to delineate her artistic voice and vision with just one of her songs, it would be “Youth” from 2016.

There are two versions of “Youth” – Day and Night, arranged by Gareth Young, and Jeon Ji-Han and Locomotive of Peterpan Complex respectively. Both have their own unique takes on the song, but the Night version with the alluring electronic beats might strangely be more forlorn than the Day version. Nevertheless, both versions are perfect for hiding away from the world, even if just for a little while. It’s the cathartic lull in her songs that captivates you without even trying. Her voice carries a pastel timbre that brims rivetingly as it does a waltz with the wave-like instrumentals, as if in a lucid dream.

In the MV, we see the female lead walking aimlessly with lights wrapped around her body. Turns out that she isn’t just wandering in the streets, she’s actually taking us to common places and bringing our attention to everyday things that we tend to take for granted. That’s when we start to unconsciously reflect on the idea of youth: an ambiguous (and darn frustrating), but ethereal and rewarding journey hovering on the cusp of adulthood. Be it sitting at the train station, dining at a café, being surrounded by a sea of faces, or catching the lights and water display at a park, Oohyo is implying that youth is about finding beauty in simplicity and living in the moment. Youth is about serendipity.

The dream that woke me up last night Always fill me with fear I pat myself calm with my two small hands But now I’m filled with tears It’s scary, living in this world without you I’m scared, walking down this road without you

The female lead then approaches a crowd surrounding a bunch light sticks for sale and she picks up a rose light stick. In the next scene, we see her dipping a white flower into a jug with a fluorescent liquid, which she was holding at the start. She then pulls the flower out and it too takes on a glow. I love this scene. Life is about making do with what we have, isn’t it?

Another song to highlight would be “Dandelion”, a sincere and playful love confession. The accompanying MV consists of scenes from the movie Ash Flower. The resonance of Oohyo’s voice captivates once again, not missing how her vocals embody a nebulous femininity alongside the light synthetic instrumental. 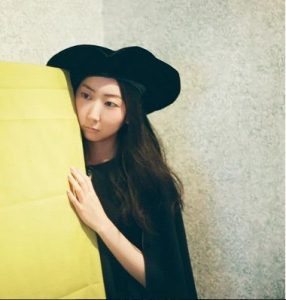 Oohyo’s songs have been countlessly brought to light by idols, namely f(x)’s Krystal and BTS’ RM – and can I just say that the latter is a huge (read: very, very huge) fan of her. He has mentioned her several times and recommended her songs on Twitter. He also played “Honey Tea” on his most recent V Live, as soon as it was released.

My personal favourites are “Grace” and “Perhaps Maybe”. Give them a listen if you want a more concrete bearing of the artist. You might just find yourself transported to an entirely new universe.

Oohyo’s works possess something that’s non-existent in K-pop, thus the novelty and beauty. Her songs are an effulgent fusion of simplicity and complexity, conveyed via a humble approach. Regardless of whether she ends up following the footsteps of many indie musicians hitting the mainstream market, it’s a commendable compositional effort on her part to bring forth her emotions and personality to her craft. It’s the start of a brand new year, and I’m going to look forward to being graced by her future works, while embracing this enigmatic construct called youth. After all, who can know the heart of youth by youth itself?