Mamamoo's "Paint Me" Is A Picture of Poise 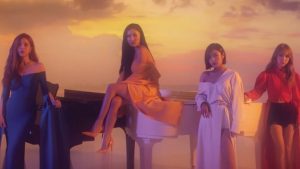 Less than a week into 2018, and the comebacks are kicking in. Mamamoo is one of the first out of the gate, and it’s a new sound for the year. Despite being widely recognized for their vocal skills, Mamamoo has never promoted a ballad; instead sticking with high retro-pop. Until now, as they’ve returned with the elegant piano ballad “Paint Me”. And while I do think a ballad was a good choice for them, this ballad left me underwhelmed.

Most vocally oriented groups tend to live and die on their ballads, making Mamamoo’s fondness for light-hearted, high energy tracks all the more notable. “Paint Me” is a one-eighty from their previous sound, trading in the boisterous pop for a sparse, raw composition that tugs at the heartstrings. It even manages to avoid sounding like something off a drama OST, maintaining a sense of genuineness throughout the track.

This song’s only job is to make Mamamoo sound fantastic, and it succeeds. The production is top-notch. Typically, bare-bones instrumentals like “Paint Me” only serve to highlight the flaws in the singers’ voices, but Mamamoo rises to the challenge. Their voices are crystal clear; overflowing with love and grief. The relatively empty mix, consisting mostly of piano with the occasional guitar lick or drum riff, gives Mamamoo’s vocals plenty of room to breathe. It almost sounds like their voices are resonating enough to create echos. It’s a powerful effect. 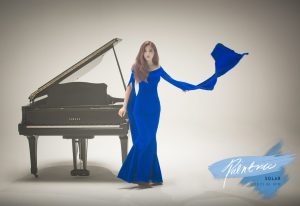 That said, there are issues with the song itself that keep me from all-out loving “Paint Me”. The primary issue is that “Paint Me” has no climax. It doesn’t build to anything. It starts at an intense, emotional 8, it ends at an intense emotional 8, and connecting those two point is nothing but a straight line. The end keeps confusing  me, because the composition is building up to a payoff that never comes and leaves the audience unsatisfied. It’s all tension, no resolution.

The other main problem with “Paint Me” is its highly ambiguous relationship status. Mamamoo is singing with the heartbreak of a truly devastating break-up, but the lyrics don’t back that. The chorus instructs the object of their singing to “Keep painting me” with memories and emotions, and discuss the metaphorical paint becoming thicker and thicker, which implies an ongoing relationship. Then, there’s fact that, for all the passion and devotion of the performance, the most intimate “Paint Me” gets is a hug, which made me consider that relationship isn’t needed for infatuation and tears; “Paint Me” could be about an ex-almost love rather than an ex-boyfriend. The fact is, there’s nothing grounding the emotions that “Paint Me” revels in, furthering the dissatisfaction in the listener.

The MV doesn’t really provide much to talk about, as it’s emphasis is on color and framing. It does look very nice, matching the elegance of the song. Each member takes on of the colors mentioned, with Hwasa the yellow of new love, Solar the blue of heartbreak, Moonbyul the red of passion, and Wheein as the white of singleness. The vibrancy of their colors against the muted black and white easily illustrate the power of this love and the effect is has on Mamamoo.

On the whole, “Paint Me” is a decent ballad, and any problems with the song itself are more than made up for with Mamamoo delivering a knockout performance.