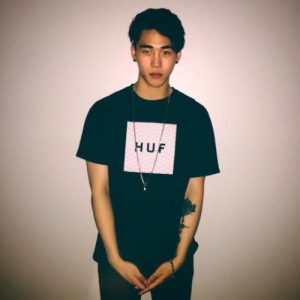 I like listening to music as I walk to class or sit in the back of a car. There’s just something about watching other things organically pass by my line of sight as I’m headed in a one-way direction somewhere, while my earbuds are in, that drives me to envision myself in a very cliche type of music video better suited for a Family Guy comedic bit than any directorial debuts I might be making in the future. Usually, first on my playlist as I get into my cornily bizarre daydream is Owol‘s “Why”.

Owol’s effortless confidence and swagger comes off clearly in his lyrics. Whereas a lot of male artists would lyricize over a silent crush or a woman who doesn’t give them time of day, he conversely presents himself as the point of higher elevation in the sloped line of unrequited love. In “Why”, he comfortably discusses friend-zoning someone:

Girl, what do I do about this?
I don’t see you as a woman

His lyrics come across as playfully honest rather than cocky. Owol seems to be aware that he’s a good looking dude (and rightfully so, perhaps proven by his idol past), and he doesn’t mince words when it comes to the attention he receives from other women and how it has seemed to devalue relationships for him:

Somehow, his flippantly unapologetic attitude is refreshing. I’ve seen people humorously label the song as the “fuccboi” anthem, but I kind of disagree. I think the nonchalant way in which he presents his relationship and feelings toward the woman he friend-zones in the song actually makes him more identifiable as an artist. Personally, the song reminds me of a guy that liked me in middle school, who I wasn’t too close to nor shared any non-platonic attraction toward. Perhaps you can find a relatable experience within the song as well.

“Nuna”, is perhaps is one of his better known songs. In the lyrics, Owol still “why” a woman likes him, but he delegates himself back to a non-dominant role. He questions the woman’s casual relationships with other singers and models, and her shallow motives for dating him:

Out of all of them, which one am I? Probability third?
You just want to try dating a younger man

Owol has mentioned that this song was based on a series of texts that he exchanged with an older woman. The conversational style of the lyrics seems to be a testament to the fact that what he writes in the song has a basis in reality. He’s still visibly an object of desire; this woman who has so many famous figures at her beck and call is somehow attracted to him, so he must have some merits, appearance-wise or other. However, by presenting himself as the “played” rather than the “player”, Owol finishes painting this picture of himself: he’s more complex than a fuccboi; he’s Owol, a twenty-something going through the trials and tribulations of dating like the rest of us. 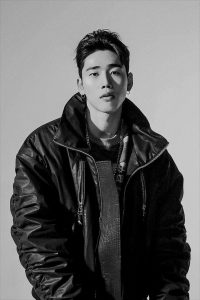 In addition to writing his songs, he also composes and arranges his music all by himself. One can see this through his preferred style of hip hop minimalism. “Why” has a relatively simple beat, composed of kicks and claps, and a simple ocoder sounds. Vocal layering carries most of the weight of the song, with the chorus containing the most complex pattern of reverbing synths. And it works — the result is a rhythmic and easygoing song with a catchy chorus. “Nuna”, has a similarly minimalist beat pattern with emphasis on snares and crescendoing vocoder-esque sounds with a low-pass filter.

Owol has stated that the type of music he wants to create is that of “trap soul”. His more slow-grinding tracks have this kind of vibe — “Dream on You” and “When” contain the sensual, sentimental lyrics, trap-influenced snares kicks, hi-hats, watery bass, and airy R&B instrumental characteristic of artists pioneering the trap soul genre such as Tory Lanez and Bryson Tiller. Though this isn’t to say that he doesn’t have his own style. Owol deviates from the created by the trapsoul pioneers every once in a while to create upbeat tracks like “Problem” and “Good Morning”.

In a market where R&B artists frequent lyrics waxing poetic about being the dream man for a select lucky girl, it is nice to hear someone admitting that he isn’t always the dream man — and that he can’t help it. Armed with candid lyrics about his dating experiences surrounded by the warm and hazy scenery of trap soul, Owol is sure to please R&B and hip hop fans.