KARD Struggles to Grow with "You & Me" 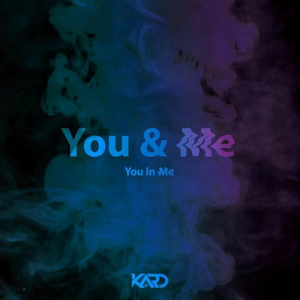 Since their debut, KARD has gained steady attraction both domestically and internationally. The group’s appeal stems from their dynamic co-ed formation as well as their tropical house EDM tracks that have become KARD’s musical motifs. The group recently released their second mini album, You & Me which is structured musically in the same realm as their past hit singles.

With their new six-track album, however, KARD has become stagnant in their growth, refusing to experiment musically from the tropical house sound that gained them international attraction. The group, unfortunately, plays it safe and instead chooses to roll with the trends which subsequently leaves much to be desired from an overall unique group.

You & Me begins with the track “Into You.” The song is a slow riser, starting off with a dark piano melody which introduces So-min‘s soft and mellow singing that goes quite well with the overall tone of the song. The track slowly starts to build with the addition of heavy drum beats and multiple hi-hats that build on top of one another until the song reaches its climax which sparks a heavy electronic chorus that repeats for numerous beats.

The narrative of “Into You” plays with the concept of infatuation and a lover’s total angst over their significant others beauty. The song makes multiple references to the beauty of nature and the galaxy in order to explain how infectious and precious their lover is to them. This is particularly prevalent in J.Steph‘s poetic lyrics when he raps:

You as an angel, Siloam, your eyes reflect the galaxy

This world belongs to you, you are heaven and Earth’s palce

Brilliant shape and from, I’m drunk on that resounding beauty 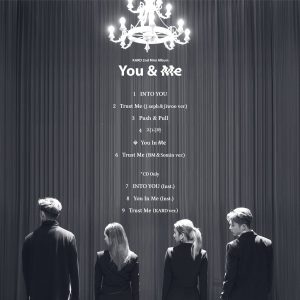 “Into You” is more than a decent opener for KARD’s mini album. The only complaint would be that the song is far too formulaic in its structure, which after repeated listens, can get quite bland and tedious to play all the way through. However, as the album proceeds to its second track, “Trust Me,” the song drastically works in saving the album from being to on-trend as it showcases a different side to KARD fans rarely get to witness.

“Trust Me” is a uniquely structured song that comes in two versions. The first version with J.Steph and Ji-woo, is a lively pop song that shines in its instrumental and in Ji-woo’s vocal delivery. The track has an EDM vibe but doesn’t overuse the sound compared to the opening track. Since both Ji-woo and J.Steph complement each other’s vocal tones so well, the song is easily listenable and one of the most enjoyable off You & Me.

The song’s second version with B.M and So-min is equally as entertaining as it aims for a complete and opposite vibe. The track’s instrumental is both seductive and mature, drastically changing the narrative of the song to emphasize a more melancholic tone. Both versions of “Trust Me” strongly showcase KARD’s musical potential in the use of different genres; instead of the group constantly playing it safe and rolling with the Tropical House-EDM trend that is slowly becoming oversaturated.

KARD’s title track “You in Me” is another somewhat fresh sounding song that manages to tone down the house music sound but only to a slight degree. It undertakes a mature and darker theme as seen through their necrophilic-esque music video while musically managing a simpler yet enjoyable chorus. Unfortunately, the title track falls into the same rhythm as their past hits like “Don’t Recall” and “Oh NaNa” and because of this, it becomes difficult to distinguish “You in Me” apart from every other song in the group’s discography. This is both frustrating and disappointing as many fans have high hopes for KARD to grow musically and invest in other sounds and styles which they have yet to fully take on.

You & Me‘s last two tracks, “Push & Pull” and “Because” are just two more examples of the strict musical boundary KARD has been put in. Although “Push & Pull” starts off promising with So-min and Ji-woo’s great vocal harmonies shining through in the opening lines, the song’s kryptonite is in its bland and dull chorus that constantly repeats the phrase “Push & Pull, Pull & Push.” Even J.Seph’s strong rap breakdown and B.M’s dynamic pre-chorus aren’t enough to save the song as it awkwardly and abruptly concludes with a weak and sluggish ending. 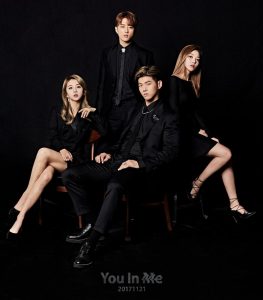 “Because” is another song that starts off with a promising beginning as J.Steph beings the song with a powerful and aggressive rap sequence. The track even has a unique and interesting narrative of a slow and painful digression of a relationship that turns destructive and dark. Thankfully the song is stripped of any pop or EDM elements and is instead nestled with low guitar riffs and a harmonic piano instrumental. Even with these unique musical elements added to the song, “Because” is underwhelming and doesn’t do enough to highlight the musical talents of the individual members. The song wraps with an unnecessary pairing of both Ji-woo and B.M who try to harmonize by rapping the closing lines together which results in an awkward and jarring ending.

KARD is no doubt a rare novelty in K-pop that is hardly ever seen. Co-ed groups are known to have a short shelf life with no guarantee of success. Yet, KARD has been able to defy all odds as they are slowly breaking ground domestically and abroad. However, the group’s sound is comprising their success as they continue to release tracks that are indistinguishable from one another. With You & Me, the group has stunted its potential in growth and disappointedly leaves much to be desired. Hopefully, KARD will manage to break their own musical boundary and start experimenting with different styles of music because ultimately their longevity as a group will be determined by the success of their music.