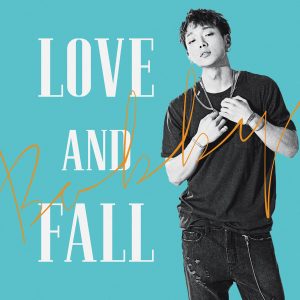 When YG announced Bobby was getting a solo album, it seemed like weird timing. Why now and not closer to their debut when he and B.I. were being touted as the second coming of GD & TOP? Why this close to iKon‘s anniversary when the group should be preparing for a comeback or fanmeet or something to commemorate that? What is this thing going to sound like? Because if he’s growling through the whole thing it’s going to be a waste.

Bobby delivered Love & Fall as his initial solo effort and, despite a couple stand out tracks, it’s honestly a little lacking. Maybe because I don’t follow iKon’s activities and only know him through Who is Next?, his features with Epik High, Masta Wu & Dok2, and MOBB, but this album didn’t send me into a frenzy like the comments on his YouTube videos. Instead, Love & Fall created a general “that’s nice but what else have you got?” thought while listening.

There’s a reason “I Love You” was chosen as the title track: the song is the best at showcasing of Bobby’s skills by keeping his rapping as the focal point of the song. When you think of Bobby as one of YG’s next golden boys, this is the kind of presentation that is expected. With its infectious chorus and upbeat sound, it’s the perfect summer song — though tinged with melancholy.

The MV perfectly expresses the sentiment of the song. Though there are many shots of Bobby and his girlfriend seemingly happy, we know that all those good times are just memories. He repeatedly says “I still love you,” and ends the song repeating “goodbye my love.” Whatever happened between them must have been seriously devastating, but not so much that it could destroy the happy memories. There aren’t enough songs that do this — acknowledge that though things have ended the feelings from then still mean a lot.

On the other hand, there’s “Runaway” which is the quintessential YG angst MV. The title is taken literally as Bobby runs throughout most of the video, broken up with the cliched shots of him punching glass, staring over water, and other visual tricks that call to mind several other boy group videos, most notably Big Bang’s “Blue.” While Bobby sounds good, everything about the sound and look of the song and video seems… expected. It’s all so reminiscent of things already done that it’s hard to really be impressed.

The rest of Love & Fall suffers from an identity crisis. Half the album is pure trend — tropical house, “hype” rap — music that sounds like everything else popular right now. Yes, artists that come out in the same time period tend to sound alike, but every iteration should be different and unique to that artist. There’s nothing technically wrong with any of the songs on the album but technically sound doesn’t equate to good music, it equates to generic. On Bobby’s part, there is no real vocal color besides a signature growl or two — making it feel like Bobby isn’t really necessary on any of these tracks. They could have been gifted to a number of other soloists or groups and sound the same or better. 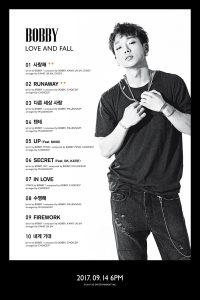 There’s also the fact that this album doesn’t have a clear genre. It’s not a rap album, despite “Up.” Bobby has obviously been going to GD’s vocal trainer because he’s doing the same nasally “singing” in “In Love” as his senior is known for. Love & Fall also isn’t an R&B or pop album despite “Swim” or “I Love You.”; it’s electronica and hip-hop, and the kitchen sink as well. There’s something to be said for tackling several different sounds, but artists like B.A.P or BTS do this successfully and have the songs still fall into the same theme, or carry some sort of continuity. With the hyped up intro and a sudden drop into a couple of love songs on Love & Fall, it’s jarring, much like Pristin’s second mini album.

In contrast to the opening tracks, which vary in style,  if it weren’t for the few moments pause between “Swim” and “Firework,” it would be entirely plausible to think you were listening to one extra long track. Is he hurt? Is he in love? Love & Fall could have benefited from the dual concept and really pushed the differences yet it falls flat because there’s no real definition to any song. It might be a sad love song. It might be a hardcore rap song. There’s no commitment to bringing out an emotional response to connect to in the song so it ends up just sounding nice.

That’s not to say that there aren’t any gems on the album. “Tende” is an especially good track that’s mellow, has a good beat, and is the kind of song that defines the current season — summer but slowly easing into fall. Bobby’s rap is controlled and he pulls off some cool bars that really showcase the rapper he’s known to be. “Tende” has an addictive tropical house beat that Bobby handles well and the chorus gets stuck in your head in the best way. There’s also “Secret,” which features DK, Bobby’s fellow iKon member, and Katie Kim, the K-Pop Star 4 winner who’s been in the YG basement. The song showcases the features more than Bobby, yet does give listeners the chance to appreciate his composition skills. All those survival shows were good for something. 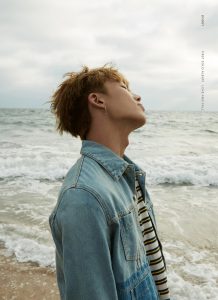 All in all, Love & Fall lacks a distinct sound to make it really feel special. Maybe that iKon fan boycott was getting to YG and he was actually feeling pressured to release some real merchandise, thus rushing this album into existence. Maybe Bobby has been holding on to these songs for a while and put them all out in case he didn’t get the chance again. Whatever the case, it’s easy to imagine KARD or Imfact or a number of other groups singing the songs on this album and making them sound unique to that artist. While Love & Fall has a few gems, the lack of rawness and energy usually associated with Bobby leaves the album feeling more like filler than the first solo from one of YG’s rising stars.