Jeong Sewoon Tries to Get Your Attention in "Just U" 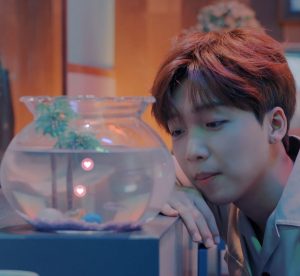 Having failed to get into the final lineup of Wanna One in Produce 101 Season 2, placing just outside of the top eleven, Jeong Sewoon is debuting as a soloist with Starship Entertainment. I will admit I am approaching this song without having ever watched the show. However, I have read articles that talk of his songwriting skills, his guitar playing, and his composing skills. With “Just U”, he is now on the charm offensive with his debut lead single that’s supposed to be a showcase of his talents.

I would say that “Just U” makes for a solid debut out to get your attention but does show some areas that need some improvement. For his debut, Jeong Sewoon has gone down the well trodden road of the fantasy boyfriend song. Clearly Jeong Sewoon is playing it safe with his topic of choice; it is the beloved subject matter of many younger boy bands and male soloists. I would define the fantasy boyfriend song as a song where the singer portrays himself as the perfect boyfriend, all to get the fans’ hearts racing. In “Just U”, the lyrics discuss the emotions of falling in love with the girl and having a crush, with Sik-K continuing with this theme in his harmonious rap. Furthermore, the lyrics sing the praises of the girl, calling her beautiful, pretty, perfect…you get the idea.

While lyrically, “Just U” is conventional, the MV expresses the emotions of falling in love and having a crush in quirky ways. In one scene, Jeong Sewoon stands in front of two doors both labelled ‘Just U’, showing his devotion to the love interest. In another scene near the end, he drifts from side to side in accordance with the movements of her head. It nicely mirrors the lyrics.

My head goes blank and I lose control.
I got trouble with my baby.
Mayday, mayday, mayday.

While I would call this song in particular its lyrics unoriginal, it is clear that this song is directed at his fans. I do not think that they mind because this song delivers in the area of fan service. Thanks to Produce 101, Jeong Sewoon already has a sizeable fan base. I even found an international Jeong Sewoon fans Twitter page. 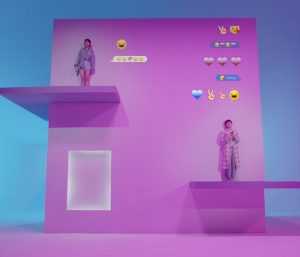 The song shows an awareness of these fans with its fan service. The most obvious one is the label given to the girl at the start of the video saying, “you”. This made me look at the song in a different way. The girl represents the fans and the lyrics and his reactions to her are all directed at the fans. This of course has the intention of pleasing those fans and making them feel closer to their idol. It is a well used method which I do hope he does not have to use as much in the future but rather focus more on promoting his different abilities. However, I did still find it rather endearing.

I would credit all of my positive feelings about this video and song to its best aspect, its youthfulness. The lyrics make sense as a juvenile love song — the love song clichés come across as the relatable, timid words of someone falling in love perhaps for the first time. In the video, we see different symbols of youth: the heart shaped climbing frame, the school uniform, and the balloons. There is the clever use of emojis to show Jeong Sewoon’s feelings, giving the video a modern touch.

So was I charmed?….Yes. In a clever move, the MV is set as a video game with an energy bar over his head at a number of points during the video. As he gets closer to the girl, he gets more energy, something I found quite sweet. While the song was nothing new to me, it is filled with a great amount of boyish charm and while there are places that need development, I certainly think that he does have a bright future as a soloist.