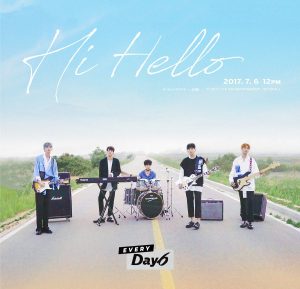 There’s a story for every relationship — romantic or platonic — every friendship, and meeting. The story doesn’t always start the same, but looking back at the first interactions with someone, you realize the importance of those moments. Without the accidental meeting, without the awkward waiting in line together, without the forced seating arrangement next to each other, or without the first message sent to a mutual friend online, the possibility of a new relationship is nonexistent.

In Day6’s new track “Hi Hello,” introductions in each other’s lives are a significant part of relationships. “Hi Hello” is all about the beginnings of any kind of relationship. To some, the lyrics implies the start of a romantic relationship, but to others it’s the start of a friendship. Either way, without knowing at first, it’s about a “hello” that can turn into a special connection between people. We never expect for these connections to happen or to last, but it is a wonder to think about a different life without those connections we already have — all because of one special encounter or first “hello.”

With a low voice

Slightly shaking with a fluttering heart

I went in front of you

And carefully said these words

Moments like those are always something to appreciate because the first meetings are not always smooth-sailing. When making new friends, or trying to ask someone out on a date, there is the worry of not being impressionable and unable to connect with the person. However, once you realize it, past the awkward moments, having the courage to come up and talk to them was all worth it.

It’s quite like the part in the music video when Sungjin and the other members called for Young K to hop on the truck and join them, but Young K refuses (twice). In the end, they were all together when Young K finally decided he wanted to be part of the band. It’s hilarious to think if this was the way Day6 was formed instead, them hopping along with strangers and dumping their instruments (so carelessly!) in the back of the truck, and suddenly creating a band. In a way, things like that happen in real life, too. You encounter countless strangers in life, but some of them happen to stick with you along the way through the good and bad.

While the music video tells a simple story of meeting friends along the way, it definitely tells a lot of more with the music. The way the scenes are edited to go at a leisurely speed throughout make them harmonious to the song. The song, itself, is something to listen to unwind with its mellow tune and harmonies.

In terms of musicality, however, the track does not really have something new to offer. Rather, from the siren-like sound heard in the beginning and from the first beat of the drum, I had expected a different sound to come after, which is why Jae‘s voice right after the drum beat was quite surprising.  In comparison to Day6’s past songs, this one left me wanting a little bit more. Then again, this is one of their slower songs, which is also different and refreshing.

Despite that, what’s delightful about this song and perhaps the best part is the harmonies. The la-la-la-la’s are typical in these kinds of songs, but the way Day6’s voices blend and harmonize is beautiful. The chorus is also memorable for the descending notes in “Hi (hello).” It’s a great song to hear both their individual vocals and harmonization. With what it has to offer, “Hi Hello” is overall a beautiful song that definitely deserves a spot in a summertime road trip playlist. 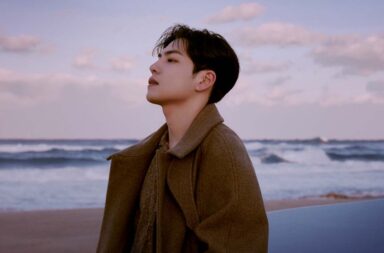