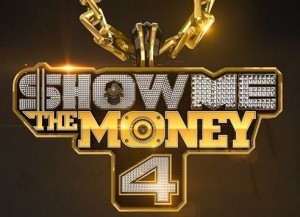 The newest season of  Show Me The Money, SMTM6, is here, but before we get too deep into the drama that’s bound to ensue, why don’t we take a look back on past seasons? Many fan favorites have graced the Mnet station to show us their skills on the mike and on stage. Through challenges designed to test their writing and performance skills, contestants and their teams rise and fall until only one is standing. Show Me The Money, the predecessor to Unpretty Rapstar, is the original “idol vs underground rapper” show and has been around for five years, giving us plenty of contestants to wonder about. For the purposes of this segment, we’ll be focusing only on the winners of previous seasons.

The winner of the inaugural season of SMTM was Loco, who went on to sign with AOMG. Since his appearance on the show Loco as been busy, having featured on tracks with Hyomin (of T-ara) and Jay Park, he also released two albums under AOMG — Locomotive and Bleached. He also made a reappearance on SMTM in season 4, where he was a judge and producer with label-mate Jay Park. In 2015, Loco won a Melon Music Award for Best OST for the song “Spring Is Gone By Chance” with G-Friend‘s Yuju, which featured in The Girl Who Sees Smells.

Season 2 saw a slight format change with the contestants being split into crews versus the previous season’s pairings. Season 2’s winner came from “Meta Crew” and was none other than Soul Dive. Soul Dive is a hip hop trio consisting of members Nuck, Zito, and D.Theo,  who debuted in 2009. They continue to be the only unit to have won SMTM. The group did several interviews about their win, including one from the Korea Herald where leader Nuck stated that he hoped “…someday people overseas will recognize Korean hip-hop as an independent genre, much like how Americans recognized Japanese hip-hop as “J hip-hop,” and separate it from K-pop.” After their win, Soul Dive continued to perform in clubs and even collaborated with actor So Ji-sub on several projects.

Another format change came in Season 3, with the producer teams split up roughly according to their record labels. This season was most notable for it’s winner, Bobby, who later went on to debut in the YG group iKon. Arguably one of the most famous SMTM winners, Bobby’s fame since the show has done nothing but skyrocket. Show Me The Money 4 aired in the summer of 2014. That fall he featured on labelmate Epik High‘s “Born Hater“. In November of the same year he collaborated with Lee Hi and Suhyun (of Akdong Musician) for “I’m Different” and later in the same month released “Come Here” with Dok2 and Masta Wu, going on to perform “Born Hater” and “Come Here” at the MAMA awards for 2014. In September of 2015, YG aired Mix & Match, the survival show that ended in the debut of iKon. Bobby continues his career as a rapper, with a collaborative effort as MOBB with Song Minho of Winner, another former contestant of SMTM, as well as with iKon who released their first single album New Kids: Begin in May of this year.

Show Me The Money 4 saw the return of Loco as a producer, as well as an influx of idol rappers, including Song Minho of Winner, Vernon of Seventeen, and Jooheon of Monsta X. Though we also saw plenty of returning rappers and some big name participants, like Black Nut, P-Type, and guest judge Snoop Dogg, the crown ultimately went to Basick of Team Brand New at the end of Season 3. After his appearance on SMTM 4, Basick made a handful of television appearances, including guesting on sister program Unpretty Rapstar 2 & 3, and becoming a cast member on JTBC’s Hip Hop Nation Season 2. He’s collaborated with the likes of Hyorin and Mamamoo. His latest album, Nice, was released in August of 2016, with title track, also called “Nice” featuring G2 (another SMTM alum) and Mamamoo’s Hwasa. 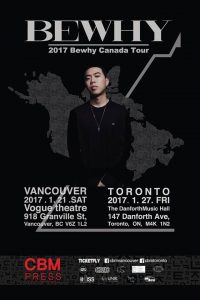 Season 5 of Show Me The Money highlighted the growing impact of the show. With a record number of auditions that included rounds in LA and a high number of returning participants, SMTM5 was one of the most talked about seasons. BewhY won the season beating out long time friend and rival C-Jamm. BewhY won several music awards for 2016 & 2017, including Best Rap Performance at the 2016 MAMA awards for “Puzzle” with C-Jamm, and Hip-Hop Song of the Year for “Forever.” In early 2017, BewhY embarked on a two night Canadian tour with stops in Vancouver and Toronto.

Show Me The Money 6 is advertised as the biggest yet, with a huge number of participants, including special auditions in Los Angeles and New York. Many well known names have been rumored to appear. The producer teams are set, with what is shaping up to be a new school versus old school battle among the producers before the real drama sets in. Now that we know what the previous winners have been up to, let’s get ready to tune in and root for the next winner.