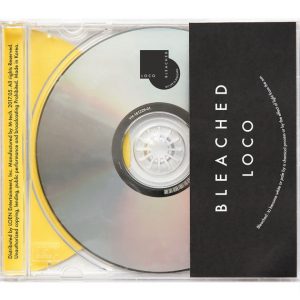 After a steady string of singles and features, Loco has finally released his first LP. Titled Bleached, the album seems to be an attempt to explore as many facets of Loco as possible, highlighting a versatility of styles and subject matter to get a deeper perspective on the artist himself.

The album title hints at a clean slate of sorts. Bleaching ultimately strips away all color and pattern, as in clothes. Seemingly Loco wants to wipe the listener’s mind of any preconceived notions of him based on prior work with other artists. It’s also used to clean and disinfect, another means to give the listener, and perhaps Loco himself, a clean surface to work with, nothing getting in the way of what’s underneath.

However, upon seeing the look of the physical album, the first thing I thought of was Yeezus—an album without a cover, just a disc in a plastic jewel case. I didn’t jump to it sounding anything like Kanye’s ode to himself, because for what it was, at moments Yeezus was a powerful piece of music. There were two or three tracks that were just vicious. The rest was just a lot of chuck’n’jive, then him having the nerve to be mad about how the world perceives him. From what Bleached presents, I don’t believe Loco has that kind of fire or put-on self-pity. But the representation of the disc does almost inherently draw comparisons to its predecessor, rendering the title’s purpose almost moot.

The opening track had me hopeful for something spectacular from Bleached. AOMG‘s music has been hit or miss for me. However, Loco’s homage to his home label was a strong start, with power left and right and bars like his namesake. “AOMG” is refreshing when one goes back and explores the album two and three more times. It’s a song that a listener can ease herself into, discovering more nuances and unpacking more of that heat upon each listen.

As Bleached starts to really get going, though, it’s clear much of the steam that propelled that freight train of an opening number dissolves exponentially with each track. Unfortunately, most of that loss in momentum comes from Loco himself. He splits his time between monotone singing and standard rap flow—neither dynamic nor stagnant, more typical and not 100 percent engaging. It’s a shame, because with “AOMG” the listener is ready for something both powerful delivery-wise and lyrically. For a first full-length album that’s meant to highlight the best of an artist for an eager audience, it’s a bit odd that the focus seems to be showcasing the talent that came in to give the album a boost.

Beginning with track “Movie Shoot,” the listener sort of disengages from Loco’s deliberate delivery and put-on bravado. But when DPR Live comes through with that “Aight, cool,” his personal herald announcing his presence with the prophetic, “Coming to you live,” one simply has to stop the damn song and reevaluate some things. Having DPR Live on a track is like putting Bobby Fischer one move away from checkmate position before he even starts to play. Live is lyrically adroit in a way unlike many Korean rappers who claim to be the best this and that. It’s always a bit disconcerting when any of these rappers talk about that “thug life.” It’s a common trope of a lot of popular Korean hip-hop, dressing in garb that doesn’t fit the artist to try to appeal to an imagined audience of pseudo-thugs and the women who love them. I give respect to any man who can deliver bars like DPR Live without a hint of the irony—but he wasn’t purporting to be affiliated with a lifestyle that has nothing to do with him. Despite being summarily outshone by his feature, Loco put himself in a winning position when he got DPR Live on board to pad an otherwise mediocre track, proving if nothing else Loco’s chess game is top-notch.

The rest of the album follows suit, providing a platform for other artists to shine, more often than not leaving Loco’s contribution just that… a contribution. That’s not to suggest some of the compositional imagery doesn’t well to align itself with some of the better corners of Loco’s lyrical depth. “So Bad,” featuring rapper Sik-k, is one of the stronger tracks on the album simply because of the layers of artistry. The music is a wonderland, wide and faceted enough to allow Loco’s lyrics to actually shine. Even when giving attention to another piece of cultural iconography (his addition of the words Wingardium leviosa, a levitation spell from the Harry Potter universe), the music itself floats, adding air to the headspace and making the listener as wavy as our protagonist seems to be. You can almost taste the need on this man’s breath. Loco is clearly intoxicated on his lover’s essence. The keen and curl of the chorus—”I want you so bad”—is a peek into Loco’s emotional depth.

But “So Bad” was just one in a rare few instances in which Loco was obviously the album’s centerpiece. For the most part, it was almost as if Loco’s presence was a formality, there for the sole purpose of putting his name on the album. While the opening track and songs like “So Bad” and “Brighten Your Night” do manage to place the focus squarely on Loco where it belongs, his presence on tracks like “Movie Shoot” are barely noticeable, while songs like “Macan” are just frustrating to hear. No matter how “down” one purports to be, if they’ve never spent a day in the streets they claim to rep, they’ll always earn a long-distance side-eye for saying anything resembling “Skrrt.” This trend of putting the likes of Compton streets on one’s tongue when their only connection to it is their newly pressed vinyl of the NWA album sharing the city’s namesake is almost too laughable to be offensive, yet it still manages to rankle.

Still there are features on Bleached that from an artist standpoint make sense, but in the grander scheme just don’t sit will. For instance (insert elongated sigh): Let me just start off by saying everybody and their mother know how I feel about Dean, okay. So I say this with all the love in the world: his feature on this track was weak. Okay, “weak” may not be the best word. Essentially there was nothing to it. It was a pretty bit of voice for the song, but his addition made a sharply constructed piece of music (compliments of Gray‘s stellar production) uneven. His feature just prior to this for DPR Live not only added texture to an already multilayered song and album, it showed a rougher edge to him, an obvious vocal growth. Compare that to his feature for Loco, there’s no impact and no real dimension added to the track or Bleached itself. 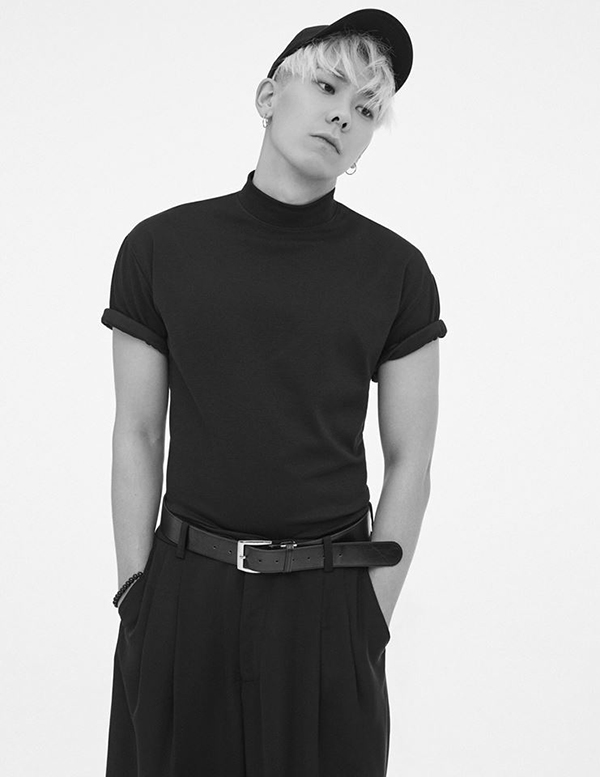 Meanwhile, the vocal presence of AOMG artist and associate Hoody and Cha Cha Malone, respectively, did more of the same: round out each track in such a way that Loco seemed to fade to the background as soon as they came into the picture. That’s ultimately what’s so disheartening about Bleached. In many ways the features outshine the main vocal, making their collective presence more pertinent to the album’s success than its creator. Loco even takes a moment to give a shout out to the Bruno Mars smash “Uptown Funk,”—”Don’t believe me, just watch;” “Movie Shoot”—again detracting from himself to play up somebody else’s popularity. Further, the inclusion of some guest features in vocal and production disrupts the connectivity of each track to one another. With the majority of the album featuring another artist (Loco carrying only four of the eleven of the songs himself), Bleached was taken out of Loco’s hands

Ultimately Bleached is more a collection of singles than an album with any real narrative frame. Which in some cases can work—think Michael Jackson’s body of work after Off the Wall. But MJ, Loco certainly is not. So while there’s nothing inherently wrong with putting songs together to create an elongated single album, that’s what it comes off as—a bunch of songs put together to showcase his ability to appeal to the masses via easily accessible music, lyrics, and high-profile guest features. A decent collection of songs with some magic and heat thrown in there and some brilliant musical composition to keep a listener hopeful that the next few tracks will follow suit. But in the end the investment of time doesn’t pay off.