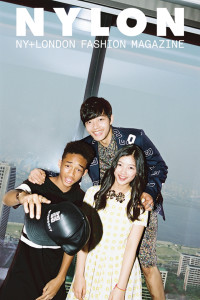 Jaden Smith recently tweeted that he is planning to release a K-pop single in the next four months. This isn’t the first time a Western artist is trying to break into the K-pop scene but, as a Western black artist partaking in culture that is not native to his own, there has been a lot of dissent with this news. K-pop is primarily seen as a concept strongly rooted in the country that it takes its name from. That is, K-pop is very much seen as an East Asian product as a few popular groups have non-Korean but East Asian members.

Whether Jaden is taking this as a serious commitment, meaning he is going to consistently release K-pop music, or he is looking to pursue this as a one-off passion project to add to his long list of accomplishments, it presents itself as a lose-lose situation for both himself and the K-pop industry as a whole.

To define passion project in this context refers to either a collaboration track with an already established K-pop artist like the Punch x Silento collaboration. There is speculation that it could be a joint track with G-Dragon as in December of 2016, Jaden tweeted “G Dragon Is My Inspiration”, to which G-Dragon replied “good seeing you! always pleasure.Let’s do something”.  Additionally, a few years ago, both CL and G-Dragon posted pictures with Will Smith and Jaden Smith in a recording studio. Putting together the tweets and the pictures, many are speculating whether Jaden is simply releasing a collaboration track with G-Dragon or is G-Dragon helping Jaden produce his standalone K-pop track. 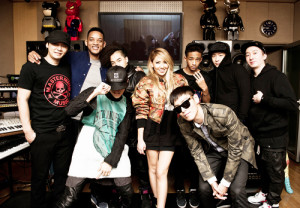 If Jaden sees this as a passion project, a one-hit wonder of sorts where he stops doing it after one K-pop release, there are quite a few drawbacks. It can seem like an insult to all the hard work idols and trainees have to go through to become K-pop stars. It might be difficult for the masses to see Jaden as an ‘idol’ when he hasn’t done any of the work or training from a young age. For example, consider EXP Edition — they were created as an academic experiment of a graduate student who wanted to complicate the flow of K-pop. The comment section for the group’s trailer for their single is full of outrage, confusion and criticism. Many are uncertain about what constitutes as appropriation and see K-pop as a safe space for East Asian artists as they are often not given a platform in the West.

Despite being black, Jaden’s desire to be a K-pop star bears similarity to EXP Edition — he already has a platform here in America and, like EXP Edition, he’s not doing it the conventional way — he didn’t rigorously train for years and go through the idol system. It sort of feels like he’s crashing the party because his family has connections into YG Entertainment already.  He’s using his connections and money to buy his way into the industry and a lot of K-pop fans may feel that is being inauthentic to the genre.

If this is just a one-hit wonder, it could be that the K-pop fanbase will be more willing to overlook his lack of training that is traditionally done by others in this industry. He will still face criticism but it will not be as intense as it would be if this is something he makes a long-term commitment towards. 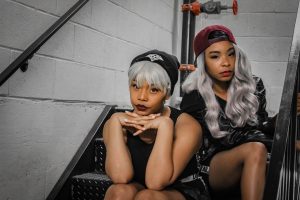 In this context, serious commitment can be defined as having a long-term plan to consistently release K-pop music in the way that other idols do. To an extent, the scope of commitment can include intense vocal and dance training and singing the songs in Korean (rather than singing primarily in English with bits of Korean thrown in). Chad Future, EXP Edition, and CoCo Avenue are examples of this — they all moved to Korea, learned the language (to varying degrees), and are releasing (or are attempting to release) multiple tracks and build a career with each facing unique backlashes.

If Jaden seeks to pursue this as a serious commitment, the con is that more Western artists may begin wanting to try their hand at K-pop which would beg the question about what makes K-pop what it is?

The occasional crossover may be alright but if this is a long-term project for Jaden, as defined above, then fans might see Jaden as a threat to K-pop integrity. The idea of more Western artists in K-pop opens up the idea of K-pop losing its exclusivity. Hence, this may spur some intense criticism, much of which would be used to attack Jaden’s ethnicity rather than constructively reviewing his work. For example, Michelle Lee and Yoon Mi-rae (both of whom are biracial black and Korean) received a lot of comments for not being ‘Korean enough’ for the Korean music industry as a whole — which is a harsh slap in the face when you consider the acceptance of Chinese, Japanese and Thai members in idol groups, yet no one tells those members that they aren’t ‘Korean enough’. Yet in comparison, Jaden will receive much more criticism and be seen as even less legitimate than Michelle Lee and Yoon Mi-rae as he is not Korean in any part at all. 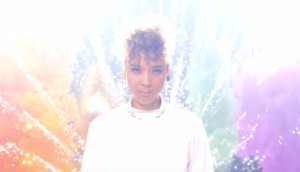 Whether it’s a serious commitment or passion project, in either case there is also a great possibility that it will be easier considering who his parents are (Will and Jada Pinkett-Smith) — Jaden is already a celebrity. If he has help from his father and G-Dragon on top of that, his wish will be come to fruition even easier. Jaden already has an interesting advantage and that is some serious connections. In either case, should Jaden chose to rigorously train for his ambition, he will likely face serious backlash given his race much like Alex of BP Rania, who faced and is still facing a ton of criticism and colorist comments for her K-pop career. She is expected to work twice as hard for half the recognition yet left out of group photos and choreography.

Being well-connected to YG will not make Jaden immune to intense scrutiny and, in fact, it may heighten the limelight. Jaden is very young with limited world experience and it’s not fair to expect him to understand all the nuances in the K-pop industry from the get-go. However, how is what Jaden doing different than, say, a Korean artist like CL or PSY releasing “American” singles to break into the US market? It’s interesting because fans are hypocritical in not wanting Western artists to break into K-pop while rooting for K-pop artists to break into the US market. Why aren’t fans as critical of CL’s ambitions as they are towards Jaden’s? In the end, despite the problematic aspects of Jaden’s goals, he deserves a chance and to cast him out before he even does something K-pop related is incredibly unfair.