Varsity shows potential in "Hole in One" 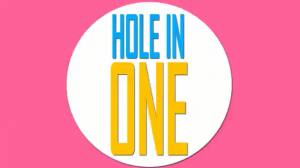 “Hole in One” is the second single from new 12-member male group, Varsity, who debuted earlier this year. They are the first band affiliated with the Global K Center, a new training center offering international students a top-quality education in dance, vocals, and modelling in an attempt to “lead the globalization of Hallyu”. So the question is: is this new golf-themed MV a birdie or a bogey?

When it comes to the music and styling, there are some mixed results. The song is ridiculously catchy as the chorus line “One shot, one kill, hole in one” will burrow into your mind if you listen to this more than once. It’s an easy song to listen to but there isn’t much emotional depth, just pure feel-good factor. From the outset, they begin dancing on a very psychedelic circa 1970s interior set, with hypnotic circles emanating from them. Their outfits blend in to this backdrop as they are all decked out in pink and white. This is a standard styling ploy for a boy next door look. The brightly coloured interior sets are clearly aiming for playful and exciting with lots of circular movement, but it becomes too much for the eye to take in very quickly once animations are then added. These underscore how playful and innovative the video is, however, at times they hinder rather than improve your view of what is going on. 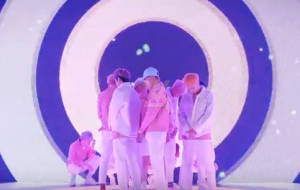 The basic storyline of this video is interesting but the delivery is problematic. It is interspersed with too many unnecessary cuts back to studio shots, which become a tangent to the central pink and white visual connector of the video. After the first chorus, Varsity and the female dancers compete for your attention against headache-inducing multi-colour backgrounds. You see the guys in more individualised outfits, which is good for being able to pick out your bias, however, you also see the inclusion of several female dancers giving quite a lack-lustre performance. The thread that pulls all of these different shots together is the appropriately complex choreography. However, at this point the video is very confused and it’s trying to merge too much together. It would be more coherent to simply use pink and white as the uniting colour scheme and edit the initial indoor scene with the outdoor dancing and the guys playing golf.

The use of golf as a theme for this single is quite unconventional and is a good choice as it’s a context both Korean and Western fans can understand. It makes for a very catchy chorus and it’s definitely not a video cliché. It was refreshing to see a group dancing in a real-world, outdoor environment. The majority of MVs are shot in a studio with stage backgrounds and props, with the odd dark and dingy warehouse thrown in. Although it is obvious that the guys would have female counterparts in the video given that it is a love song, the golf context enables them to accurately portray how successful Korean women are in competitive golf tournaments currently. It’s encouraging that the women are depicted as capable and experienced, showing the boys how it’s done, rather than objectified and portrayed as frivolous. This is definitely a plus when you compare to the usual superficial depiction of women in other male group MVs.

Screen time is a big issue and this video doesn’t leave you with the feeling you’ve even seen everyone. Whilst the storyline requires you to see some of the members acting close up, there are still some of the guys who you don’t see clearly. The obvious problem with having 12 members in a group is that you will never be able to give an equal and substantial amount of limelight to each member. In this video, you only really see four or five members at most, so the impression is more that they are a good dance troupe. Kid leads this video with Seungbo and Yunho also seeing a decent amount of screen time. Manny as the rapper stands out vocally and gets his few precious seconds, however, you will be very disappointed if your bias is not one of these guys.

Overall, this MV suggests that Varsity have potential. They look good in front of the camera and it’s nice to watch them acting cheeky and fun-loving. They dance well together and pull off some quite demanding and dynamic choreography. The main problems with this MV is that it tries to fit too many elements in which makes it look confused rather than sleek and unable to clearly see all of the members of the group. It could be the slower tempo of this song, but it feels like there is something lacking which would make it a stronger single. Hopefully this is something that will improve as they grow in the industry. 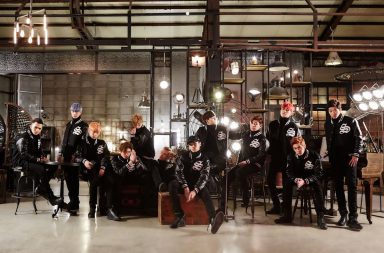