"U R My Only One" Doesn't Capitalize on Varsity's Strengths

Twelve member boy group Varsity has made their debut, kicking off the new year with their single “U R My Only One”. The group consists of seven Korean members– Kid, Bullet, Xiweol, Seungbo, Riho, Yunho, Dawon— and five Chinese members– Damon, Xin, JaeBin, Anthony, and Manny. In the concept driven world of K-pop, the group’s debut video leaves a little to be desired in terms of…well, everything.

There isn’t anything essentially wrong with the song or video, except for feeling of déjà vu. The composition of the group brings to mind very forcefully Exo, from the concept photos to the mix of Korean and Chinese members to the exact number of members. There’s the school concept styling done by many boy and girl groups to varying degrees of success. The rooftop setting is reminiscent of other K-pop videos, and Manny and Bullet join the ranks of other low-toned rappers such as Bang Yong-guk and T.O.P. In essence, the video and group echo all the right notes of idol success but bring too much to mind other groups.

For a debut, the song is disjointed, which makes sense as the lyrics point to a confused mind. “Yesterday, I told you to go/Today, come back to me”. In other parts of the song, Varsity express regret for not giving all their love when they could have and realizing that their ex is the only one. It’s a dance song with sad lyrics, or a sad song over an upbeat track? The breakdowns come in weird places where the vocals are still doing one thing but the music has taken on a different pace, which makes everything seem messy. 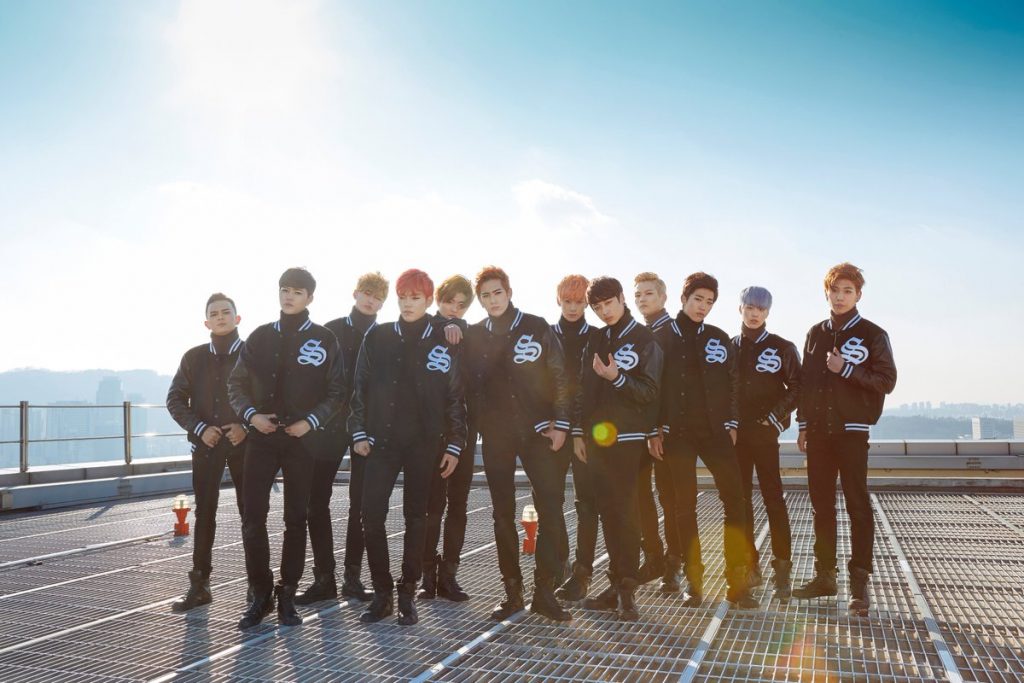 However, where the group does really shine in the MV is with their performance. The dance sections in particular showcase a wonderful series of tricks and intricate formations that obviously took a lot of work. With so many people in the group, things could easily go wrong. Throwing someone in the air or rolling over another person’s back can be dangerous yet they make it look easy. Their movements are precise, and with so many people to account for, things could easily look sloppy if even one person is just a little bit off.

The amount of practice and hard work put into this dance is why the MV is so disappointing. The shots of the boys sitting and gazing pensively break up all the cool tricks and movement. The song may be a ‘sad’ one, but the video would have benefited from being a performance only video à la Speed’s “Don’t Tease Me” in order to showcase Varsity’s strengths.

Overall, for a debut the song and video are okay. They don’t leave the lasting impression that many of the boy groups from recent years have left. However, the group has yet to be tested by live performances, and it is, after all, only their first single.Once they find their niche and continue to grow and evolve as artists, I am sure they will find a good bit of success with their future endeavors if their YouTube comments are anything to go by. For now, here’s hoping that their next release has a bit more punch so they won’t be buried in all the upcoming releases and debuts. 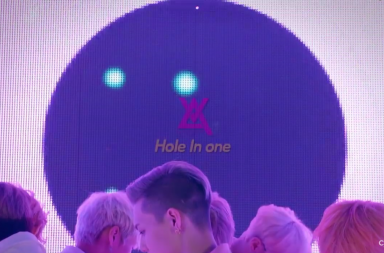 Varsity shows potential in “Hole in One”