Akdong Musician Withstands the Test of Time with "Winter" 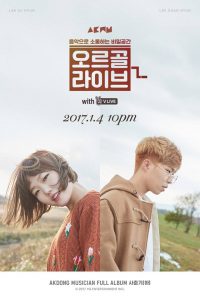 Akdong Musician seems to be the only artistes that have escaped the evil dungeon of YG Entertainment. Although fans had to wait two full years before the sibling duo finally made their debut, their recent comeback arrived a mere seven months after their previous mini-album, Spring, the first instalment to their two-part series on adolescence. This latest full album, Winter, not only showcases older brother Chan-hyuk‘s prowess as both a composer and a lyricist, but also goes to demonstrate that AkMu’s distinct song-writing and unique vocals have, indeed, transcended the test of time.

It is no news that AkMu’s musical style is rather different and very recognizable. It was what helped them win the second season of K-pop Star back in 2012. However, it is a fine line between having a unique musical signature, and merely reproducing songs of the same sound over and over again. AkMu, fortunately, has been able to firmly establish itself in the former. One of the most notable qualities of the singer-songwriter duo is their ability to take simple everyday things and create songs out of them — very catchy and fun songs, at that. Many would remember the song, “Don’t Cross Your Legs” that AkMu performed on their audition for K-Pop Star, and how they had captured the judges’ hearts with their playful lyrics. With Winter, AkMu capitalize on this strength of theirs, bringing us an album that reminds us of exactly why we love them.

The eight tracks of the album can be roughly divided into two categories: songs about love, and songs about life. The first category is markedly smaller, comprising only the title track, “Last Goodbye”, and to some extent, the fifth track, “Chocolady”. The remaining six songs are all about things that occur around us in our everyday lives. 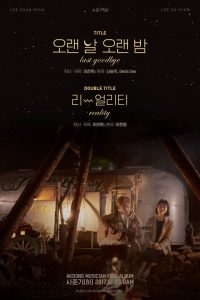 The album is off to a slow start with “Live”, where both Su-hyun and Chan-hyuk sing about remembering every moment in their lives — both the good and the bad, from young to old. The track, very interestingly and aptly, has the quality of a live recording, with a greater echoing effect and a less sterile background condition.”Reality” follows as the second track, the first clue that this album is going to bring us on a lyrically exciting journey. Singing about monetary woes, relationship issues, and self-esteem problems, AkMu reminds us that reality is never what it appears to be in movies.

Another song that echoes a similar sentiment is “Way Back Home”, but this time with a more melancholic, slightly nostalgic air. Heavily reliant on the piano and the cajon, this penultimate track brings the listener on a emotional journey both musically and lyrically, once again highlighting AkMu’s brilliant ability to romanticize simple everyday events that we might not usually even notice.

“Play Ugly” also deserves special mention for its satirical nature. Much like how Taylor Swift had mocked the public’s criticism of her ever-changing relationship status, AkMu takes a jab at haters who have criticized their appearance by claiming that rather than actually being ugly, they are being ugly on purpose. 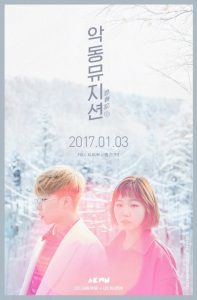 Just beneath the sardonic lyrics, however, AkMu reminds the listeners (and perhaps, haters in general) that unconstructive, hateful remarks hurt. And that, really, what matters is one’s inner beauty rather than outer appearance. It is a wonderful message, especially coming from such young artistes in an industry and a country that places such great importance on physical appearances.

Finally, the album wraps up on a hopeful note with “Last Forever”, a track that perfectly encapsulates AkMu’s hopes for their future as they wrap up this two-part series on adolescence. With the title directly translating as ‘Children Then’, AkMu speaks to their younger selves, and also, perhaps, to the inner child of the listener, encouraging us all to hang on to the dreams that we had when we were young, even if life might get in the way.

On this unfamiliar road of life, even if you get hurt

Even if it makes you bitter and lonely

You can still achieve your dreams in time to come

You, the children that I knew then

Overall, AkMu has, indeed, produced a splendid album. Every single one of these eight tracks were able to engage the listener in a different way, and as mentioned above, the similarity in style of this album and AkMu’s previous works cement their signature rather than relegate them to the ‘boring’ category. Furthermore, Chan-hyuk’s penning of lyrics and composition of tunes for every single track in this album only goes to show that AkMu’s runs, pretty much, on some very spectacular talent, and they’ve got me hook, line, and sinker.