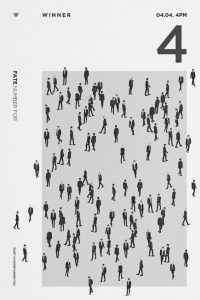 This month saw a sizeable amount of idol groups that are promoting, for various reasons, one member short. These absences aren’t due to a sudden injury that takes a member out of promotions at the very last minute, but it’s where the member is absent from the entire process of the comeback. As with most group acts, the absence of a member affects the group dynamic depending on the degree of the missing member’s past contributions to the group as a whole. With that in mind, some groups hid the absence well. But for others, it’s safe to say the member definitely made their mark on the group as a whole.

Hailing from YG Entertainment, Taehyun debuted in 2014 with Winner after successfully winning the 2013 survival show WIN: Who is Next. In his time under Winner,  Taehyun took roles as a songwriter, composer, actor and main vocalist alongside Seungyoon. After a highly anticipated sophomore project, EXIT: E, promotions were first put on a screeching halt after YG Entertainment cited issues with Taehyun’s psychological health, only for fans to have a rude shock a month later when it was announced that Taehyun had taken the group’s comeback title too seriously and exited Winner.

While his psychological health has been cited as the reason for his exit, other fans seem to think it was a matter of creative differences, seeing as Taehyun’s personal SoundCloud was very much active during Winner’s hiatus, and his personal tracks are clearly influenced by blues and indie rock. These suspicions were only intensified with news that Taehyun formed a band, South Club, months after his exit. 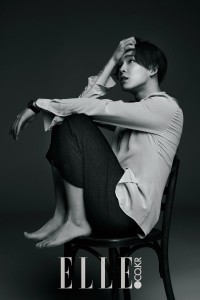 As one of the main vocalists, Taehyun’s presence on Winner’s tracks was huge. Blessed with a pleasingly mellow and nasal voice, and adept at vocal runs and high notes in comparison to Seungyoon’s strong and rock-oriented vocals, the contrast between the two was one of the defining characteristics to Winner’s music, with Jinwoo‘s voice acting as the intermediary palate cleanser. The vocal chemistry between them is arguably Winner’s greatest strengths. Much like their seniors and role models Big Bang, all of their voices are different, easily distinguishable, and each one of them adds something to the music they create.

Besides that, Taehyun had a very large role in the writing and composition of much of Winner’s discography; noted as the most competent songwriter in Winner by Yang Hyun-suk, he boasts a large amount of songwriting and composition credits across 2014 S/S and EXIT: E. Indeed, EXIT: E shows a remarkable amount of Taehyun’s influence on the record, with songwriting and composition credits on three of the five tracks. The comeback was notable for its clarification of Winner’s musical concept to a band with rock and bluesy singles, heavy on the guitar and drums and noticeably free of synths. This, taking into account Taehyun’s self compositions on his personal Soundcloud account, strongly suggests that the key force behind the creative direction for EXIT:E was Taehyun.

So how does Winner fare without him? Since Taehyun’s exit, Winner is keeping up with the times with Tropical House on “Really Really” and a ballad in “Fool”, with only Jinwoo absent from the composition and songwriting, and Seungyoon having a hand in both title tracks. In some regards, it’s an improvement — Winner’s comeback comes with their best choreography yet, fitting for an upbeat dance track. 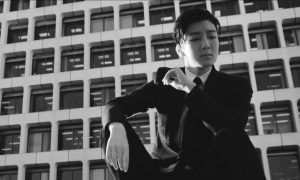 With Taehyun’s absence, Jinwoo takes Taehyun’s place with his comparatively weaker vocals, and though there was some attempt to channel the Taehyun-Seungyoon dynamic and contrast between their voices, Seungyoon seems like he’s pulling most of the weight throughout both tracks, especially in “Fool”. Furthermore, Taehyun’s higher register and falsetto is the strongest amongst group members, and both tracks don’t seem to reach the same vocal heights compared to when Taehyun was still around. “Fool” in particular seems empty without his voice; throughout the final chorus. I half-expected Taehyun to belt out a high note and though Seungyoon — bless his heart — tries, it’s really not the same.

Had Taehyun remained, he could easily have blended in well with both tracks, despite the fact Fate Number For is rather an about-turn from EXIT: E. Taehyun is more than capable of adding adept vocal runs (noticeably sparse amongst both tracks) and adlibs, taking over some of Seungyoon’s parts on “Fool” and “Really Really”. When all is said and done, however, it is difficult imagining Taehyun writing and composing these tracks without displaying his rather singular musical tastes of blues and rock. For better or for worse, this is a new Winner we would have to get used to. And given it’s their first comeback as four, they’re not off to a bad start.

Degree of change brought by member’s absence: Large, but altogether not objectionable. 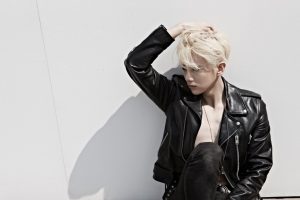 Hyunseung’s career has been one wild ride. Starting off as a trainee that failed to make it into Big Bang, he had moved on to Cube Entertainment where, alongside five other similarly ‘rejected’ and ‘failed’ trainees, formed the group formerly known as Beast, taking the role of the main vocalist alongside Yoseob, the main dancer and, after his involvement in wildly successful sub-unit Troublemaker, the face of the group. In April 2016, CUBE abruptly issued a statement announcing that Hyunseung had officially left BEAST to pursue a solo career. Though the official reason was never stated, netizens were quick to note that a great deal of Hyunseung’s past questionable behavior had been brought to light again in the weeks leading up to his departure. That the remaining members of Beast publicly admit they don’t really keep in contact with him since the split only fueled rumors of soured relations within the group.

As a main vocalist on Beast, Hyunseung is skilled and gifted with a rather unique voice, second in vocal ability only to Yoseob. Truth be told, they even sound rather similar, with the only difference being that Hyunseung’s voice is slightly more nasal and possesses less clarity in comparison to Yoseob. Their similar vocal color is taken advantage of in their songs, with the two of them often sharing the chorus side by side on tracks like “12:30” and “Good Luck”. As the face of the group and main dancer, Hyunseung is often given center position in their choreography, a position he fills with relative ease. In terms of songwriting, however, Hyunseung falls short, with resident rapper Junhyung acting as the chief composer and songwriter of the group.

So how does Beast fare after Hyunseung’s departure? Considering his prominence in the group, surprisingly well. Credit must be given to Junhyung. Shortly after Hyunseung’s departure, Beast came back with “Ribbon”, a dance ballad penned by Junhyung that sounds like a carbon copy of “12:30”, except without Hyunseung. In hindsight, however, this was a deliberate and well thought out decision — the best way for Beast to show that they’re still capable of bringing the sound they’re known for even with the loss of a member is to double down on their past concepts and make a song similar to their past hit. 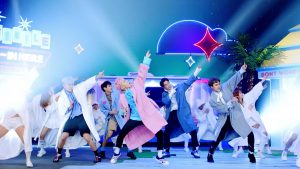 Junhyung rises up to the challenge, taking on multiple roles, both singing in place of Hyunseung and rapping, with his lower range but just as nasal vocal color. This, adding to the already similar sounding songs between “Ribbon” and “12:30”, makes Hyunseung’s absence a little less noticeable. After transitioning from Cube and rebranding as Highlight, the group carried on and switch up concepts to an upbeat one on aptly titled “Please Don’t Be Sad” with Junhyung fully embracing his new role as a lead vocalist. Taking up both a verse and a vocal run within the chorus, he fills the song with his presence such that Hyunseung’s absence isn’t as clearly felt.

Should Hyunseung remain in Beast, and subsequently Highlight, I imagine he’d take over most of Junhyung’s singing lines (though Junhyung would still have the highly catchy “woaaaah” in the background) and the choreography might step itself up in difficulty to display more of his skills, but their shouldn’t be too much of a change vocally since Yoseob is more than capable of belting out the final high note without him. I doubt there would be any changes in the tracks themselves, given his non-involvement in songwriting and composition. Though Beast lost a member, they quickly regained their footing, and with Junhyung stepping up to fill Hyunseung’s shoes, Highlight, in all its peppy energy, emerges and comforts fans like a familiar face.

Degree of change brought by member’s absence: Small, after all things considered. 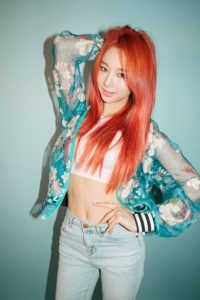 At 28 years of age, a real milestone in idol standards, Solji remains a vocal powerhouse in EXID. As a former vocal trainer before joining EXID, Solji’s voice is widely considered to be one of the K-pop industry’s best. And so after promotions for “L.I.E” ended and it was announced that Solji would be missing out of year-end activities to recover from hyperthyroidism, the number one question on people’s minds was ‘Who would sing?’ And, not to talk down upon the rest of EXID’s vocal abilities, they do have a point. As one of the lead vocalists alongside Hyerin — who is impressively capable of taking over Solji’s lines in a pinch — Solji is typically tasked with half the choruses and the final high note, taking up the largest chunk of lines in their songs. How did EXID adapt?

In this writer’s opinion, not very well, though resident songwriter and composer LE certainly tried her best. EXID’s concept took a sensual turn on “Night rather than Day”, a departure from their signature sound across “Up and Down”, “Ah Yeah”, and “Hot Pink”. Instead of taking up the entire chorus, Hyerin chooses to adopt Solji’s role on the latter half of the chorus whilst Hani and LE share the first part of the chorus. In an effort to keep things interesting, Hani uses her sultry natural voice on her verse and her trademark falsetto in the chorus. Though the change in concept may have been an attempt to mask Solji’s absence, it made the void even more apparent with listeners attributing the departure in sound to Solji’s absence. Hani and LE simply cannot take Hyerin’s place whilst Hyerin takes Solji’s — the change is too obvious. 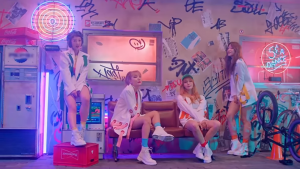 Had Solji been present for the comeback process, the change to a sensual concept definitely wouldn’t feel as jarring the first time around. Predictably, Hyerin would take over the first part of the chorus and Solji the second. With such a voice, Solji’s involvement could only improve such a track. If anything, this comeback has proven Solji is too much of a powerhouse, pulling in too much weight in their previous tracks to be simply replaced. With that in mind, I am sure both fans and EXID are hoping she gets well soon. EXID, without their strongest singer, just isn’t the same.

Across all examples, it’s clear that no matter how large or small the absent member’s contributions were to the group as a whole, a good songwriter and composer is capable to mask the absence to a certain extent. But the loss of a member remains a hurdle to overcome with all the changes that they bring. It affects the group’s vocal chemistry, the choreography, and even creative direction. That being said, perhaps the absent members are still too fresh in our minds for us to give an unbiased opinion on the tracks themselves. Though some adapted better than others, only time will tell whether these changes are for better or for worse.