You Never Walk Alone Brings BTS Back to Home Ground 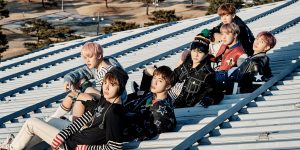 For an extension to an album named Wings, You Never Walk Alone may seem like an odd choice of title: why end a symbolic flight with the metaphor of walking? Yet it is a fitting note on which to conclude a work through which BTS probes their own growth as people and artists, confronting their fears and struggles, and reflecting on their successes and hopes. This extension is BTS returning to familiar ground, reaching back for the hands of those who had helped them build their wings and sent them soaring, and then promising to move forward together.

BTS are no strangers to reaching out with their music; from as early on as their debut days, they’ve been trying to voice the struggles of youths with releases like “N.O.”. But this is the first time that they’ve taken this underlying goal as an overt theme, and expressed messages of consolation and comfort on top of presenting the tangle of emotions and thoughts that come with youth and growth. 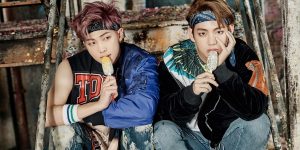 In order to reach out, the message has to be clear. The tracks off You Never Walk Alone—three new, one a full version of the interlude that rounded off Wings—feature lyrics written in plain but evocative language. They are woven together by a sense of movement: “I’ll come to meet you,” Jungkook sings in “Spring Day”; “If you can’t fly, then run / If you can’t run, then walk / If you can’t walk, then crawl,” the lyrics of “Not Today” urge, a set of metaphors echoed in “A Supplementary Story: You Never Walk Alone”. “Outro: Wings”, in line with its title, adopts rhetoric related to flying.

Lyrics are often the weakest link of K-pop releases, but it is an area that BTS has consistently invested effort in. The lyricists of the group, mainly Rap Monster and Suga, are fully capable of lyrics packed with double meanings and layered references, as a look at their numerous cyphers and even fun, catchy hits like “Am I Wrong” will confirm. The turn towards simple language, therefore, is a matter of deliberate artistic choice in order to convey intellectually and emotionally accessible lyrics. 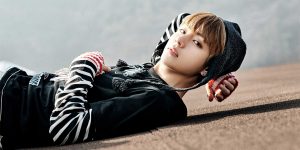 In “Spring Day”, familiar metaphors of winter and spring, snow and flowers, night and day, transform into a nuanced intermingling of longing and hope. There is a poetic sensibility to certain lines that are so precise in their choice of image and evocation of feelings:

Repetitions and parallelisms structure the expressions of yearning throughout the song. These techniques also make the subtle promise, in the form of a dialogue between V‘s and Jungkook’s verses (as observed by a fan on Twitter), additionally moving: 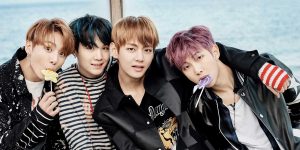 Simple though they may be, the lyrics strikingly capture the mixed feelings of resentment at a friend leaving—whether a simple physical and emotional separation, or one caused by death is left open—self-blame, and longing, but also promise and hope.

Ideas of yesterday, today, and tomorrow are often evoked in songs. Recognising that the future, fraught with uncertainty, is a frightening thing to confront and not always possible to control, “Not Today”, in a “Fire” meets “2! 3!” style, is a call to focus simply on what you can do in the here and now:

All the underdogs in the world
A day may come when we lose
But it is not today
Today we fight! 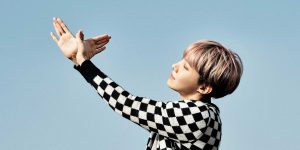 Like “Spring Day”, “Not Today” does not shy away from acknowledging the harshness and difficulty of reality. It is this commitment to foregrounding struggles, coupled with an emphasis on the strength that mutual support brings (“Trust me, who is next to you / [I] trust you, who is next to me”), that make the song’s rallying cry so powerful.

References to BTS’s earlier material are also scattered throughout: the falling flowers an echo of “I Need U”, J-Hope‘s call for baepsaes to put their “hands up”, and “Burn it up!” as a clear nod towards “Fire”. “Spring Day” adds to this with its image of blooming cherry blossoms, while “You Never Walk Alone” harks back to the line, “If we are together, we can smile”, from “화양연화 on stage : prologue”. While the repetition of such motifs were used to explore the theme of youth throughout “The Most Beautiful Moment in Life” cycle, here, it offers a reminder of the shared history that BTS and their fans carry with them even as they move forward into the future. 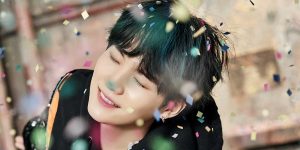 Cohesive as You Never Walk Alone is in terms of lyrics, the musical aspect of the songs is more of a mixed bag. As a whole, the new tracks express BTS’s colour as a group, but they continue the bouncing between genres that we see in Wings. The solo tracks on Wings were arranged in a way that made for smoother transitions than the group releases, so the album managed to maintain an overall flow despite dipping into different sounds. The extension, however, tilts that balance. On one hand, the slower pace of “2! 3!” melts into the dreamy opening of “Spring Day”, and the high note that “Not Today” ends on leads perfectly into the soaring opening of “Outro: Wings”. On the other, the switches from “Spring Day” to “Not Today” and from the outro to “You Never Walk Alone” cause some tonal whiplash.

The production of You Never Walk Alone is not quite on par with their previous repackage, The Most Beautiful Moment in Life: Young Forever, but it is nevertheless characterised by the group’s willingness to push towards new styles, or at least build on their existing sounds. “Spring Day” steps away from the usual fast tempo of BTS’s usual title tracks, tapping into rock with its bassline and guitar instrumentals, and even some acapella elements in the harmonisation of the melody lines. 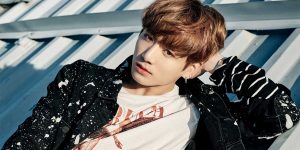 One of my favourite features of BTS’s instrumentation is the ability to create tangible images of space—the chorus of “I Need U” is a wandering around decrepit back alleys, the opening of “Run” a flock of birds fluttering into the distance, and the synths that introduce “Outro: Wings” pair with Jungkook’s melody to produce a feeling of soaring into the sky. The reverbs of the “Spring Day” opening chords and a faint whirring synth in the background instantly evoke the image of a travelling train, with the listener looking out the window on a vast landscape.

Split sentiments have been expressed regarding a particular electronic sample that kicks in during Jimin‘s first verse after Rap Monster’s opening lines, and becomes more obvious during the chorus. It certainly adds momentum and an element of interest for what would otherwise be a purer indie folk/pop band sound. It also seems to function as a disrupting factor, producing a grating feeling that is in line with the overwhelming longing expressed in the lyrics (“I miss you, I miss you”). But it tends to crowd out the vocals and the beautiful harmonisation from J-Hope layered below the melody line. The song will not be the same if that particular sample were removed, but it might have benefited from that sample being toned down to allow a more balanced and clean sound to emerge. 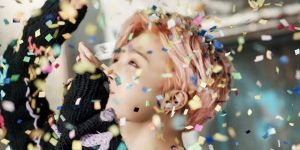 Musically, “Not Today”, unlike “Spring Day”, doesn’t step away from BTS’s earlier releases; it’s very much a hype song in the vein of “Fire”. The flow of the song isn’t as dynamic as the latter, but there’s something curiously fiery about the recurring beat that dips and swings back upwards like flames blazing down a trail. Jungkook’s hook of “Ready your guns, aim, fire” threw me off with its uncanny resemblance to G-Dragon‘s rapping (which I’m not a particular fan of), but there is an irreverent charm to it that brings out the song’s tone of anarchy. It’s a tone that characterised a lot of BTS’s music from their early days, making “Not Today” a very welcome return to their hip hop roots amidst the experimentation of the album at large.

An EDM dance break and an addition of a rap verse by J-Hope complete “Outro: Wings” from its original form as an interlude, and “You Never Walk Alone” winds the album down on a more mellow, sweet note, recalling some of BTS’s earlier laid-back B-sides like “24/7 = Heaven”. It doesn’t make as strong of an impression as the other tracks, but the production quality shines through the balanced sound and interesting details like the heartbeat at the start, the synths that pipe and patter below Suga’s and J-Hope’s rap verses, and a softly echoing synth that sounds like a bird cooing. 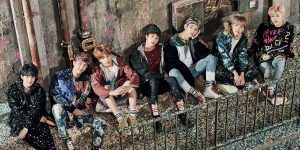 Despite the unevenness in flow and production quality, what holds You Never Walk Alone together and makes it a cut above the rest is, undoubtedly, the force of the album’s sincerity. The choice of theme and how it is carried through is testament to BTS’s commitment to connecting with themselves and the world through their music. Above all, there is a sense of thematic unity: of artist and fan, struggles and hopes, and past, present, and future. Wings may have sent BTS soaring, but You Never Walk Alone marks their timely return to home ground to prepare for greater heights.