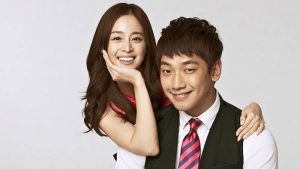 Real-life romances have always been able to draw out the best and the worst in K-pop fandoms. It’s a little strange, in all honesty: K-pop idols are constantly asked about their ideal types to their exes, yet K-pop fans have had a tendency to stay hyper-vigilant to even the slightest interaction between their bias and someone of the opposite gender. Fandoms are protective at their best, and possessive at their worst.

To a degree, it makes sense. Quite a bit of K-pop’s appeal comes from how frequently idols will interact with their fans and build an idol-fandom relationship. This can gain intensity, to be completely honest, evolve into something that’s not always healthy. Marriage, in particular, has always been a difficult subject to really approach within the K-pop community: there’s a sort of unavailability that the fans can take badly to sometimes, as something that cuts through the boyfriend/girlfriend fantasy that K-pop creates.

The most recent marriage, and probably one of the most well-received, was K-pop legend Rain’s marriage to veteran actress Kim Tae-hee. Fans were delighted over the union, and were happy to give their blessing and good-wishes for both Rain and Kim Tae-hee. On the other hand, when U-Kiss’s Eli announced on his Instagram that he was married and that he and his wife were expecting a child, the public and U-Kiss fans were thrown into absolute uproar and quite a few U-Kiss fans left the official fan base. Eli avoided the public eye for quite a while, until recently coming onto shows and talking about his newborn son, Minsu, and life as a married man.

So ultimately, when comparing Eli and Rain, what triggers such a difference in terms of their fan base reaction? How do these things affect their future? A lot of it seems to be related to age and perceived maturity, their images, and the image of their spouse.

When comparing Rain and Eli, one of their biggest differences is their age: Eli is currently 25, in a K-pop boy group, and has acted in a few shows. Boy groups also tend to favor younger target audiences, and their marketability it based on the boyfriend-fantasy. He also hasn’t yet completed his compulsory military service, which is often considered the period where Korean males really mature. While he might not even need to serve, as an American citizen, he is free to promote U-Kiss however he wants without dealing with a hiatus period. This actually could hurt his image, not only as a Korean male can he not do his duty to the country of his past, but he also isn’t afforded the chance to escape the public eyes.

Meanwhile, Rain is 34 years old, a solo artist and distinguished actor, and he was a well-distinguished within the military for being an excellent soldier. As a solo artist, he is allowed to pursue more independence with his music and image, without having to worry about any specific role or dynamic to fit into. He’s also ben active to longer, and his fans have grown with him over time. He isn’t just targeting a young audience, he has an older adult audience and a younger one that he can cater to.

Despite the fact that Rain had to perform his compulsory military service and was forced to go on hiatus, his time away allowed him to disappear from the view of the public eye. His younger fans may have moved onto newer, flashier groups, which could also have freed Rain from any of the more possessive fans that he may have had. Also, time away from the public eye allowed him to reconstruct his image.

Image is the first impression of K-pop, and is what really attracts or turns away fans. Image is not just created through promotions, but also through public appearances, personal fan accounts, and through social media. The more “visibility” a K-pop idol has, the more fans become invested, and the more positive the image is, the more favorable the idol appears to the public and to the fans. 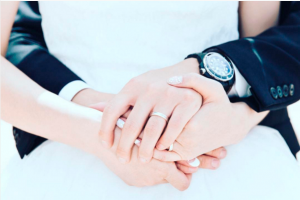 Rain’s and Eli’s images are vastly different. It’s not just because of their careers, but also in how they approached their image maturation. Rain took on a more masculine, mature image after completing his mandatory service, while Eli’s big image change was the revealing of his marriage and his wife’s pregnancy. He adopted a favorable family-man attitude — a smitten husband to his wife and a doting father to his baby boy. While Rain’s image allows him more versatility as a musician, Eli’s image really constrains him as a family man, and only a family man. He didn’t have the same advantage of a hiatus to grow out of the ‘K-pop boy group member’ image, into something more developed and independent with regards to his career.

At the same time, their spouses are vastly different in terms of their public images. Kim Tae-hee is a well-loved Korean actress with a long career and is even called the “Nation’s Goddess”. she’s cultivated a positive image for herself through her career. There’s a familiarity to her that fans could feel more comfortable about.

Eli’s wife was a racing model and is eleven years older than Eli. Meaning, she doesn’t have a well-cultivated image nor the familiarity Kim Tae-hee has. The only frame of reference for fans is the fact that she was pregnant with Eli’s child. There are some that could accuse her of being too old for Eli, or being a predator, preying on the innocence of a younger man. 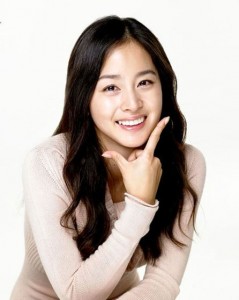 Most importantly, the approaches in revealing the marriages played a major role in the responses of their fans. With Rain and Kim Tae-hee, there was a level of transparency in their relationship; it was public knowledge that they were in a relationship, and when they chose to get married, their agencies came forth with official statements. But with Eli and his wife, he announced it on Instagram, after a whole year of marriage, revealing that they had been dating for five years, and breaking this revelation of their incoming baby. Marriage, in general, is a surprising event. With a strong idol-fanbase relationship cultivated, it was entirely possible that fans felt betrayed by this lack of transparency.

It would seem that the biggest problem is the perceived lack of maturity, which bleeds into their image. Their image will attract their target audiences, resulting in differences in terms of their behavior: older, mature audiences will respond to things in a mature manner, while younger, immature audiences will respond to thing in an immature manner. But regardless of maturity or immaturity or age, the one constant in K-pop is that K-pop is inherently inconstant — there are always new groups debuting, new scandals coming out, scandals forgotten, and new audiences to target.

Despite all the perceived drama, Rain’s and Eli’s careers will be fine. Given time, there isn’t much a K-pop idol can’t bounce back from. And while their popularity might be where it was before, at least they’ll have the two loves of their life: their wives, and their fans.