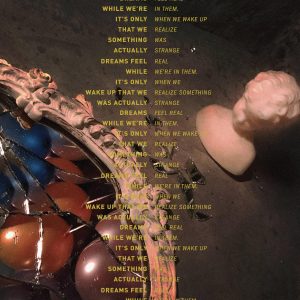 Thinking of Dean always brings to mind Bruno Mars. When he started out he was featuring on everyone’s tracks, his name was appearing in everyone’s credits, yet you had no idea who this guy with the great voice was. Now, Dean is one of the hottest names in Korean R&B, a member of the fanxychild crew, a producer in his own right, and a rising star. He’s starting off his 2017 with the single album Limbo.

Limbo opens up with “Invisible,” a smooth jazz track with Dean’s signature sound that features a killer piano. While Dean sounds great and the music is pretty, unfortunately that’s where the compliments end for me. Like I said, it’s pretty, and that mostly translates to forgettable. There’s nothing technically bad or wrong with the song, it’s just that after 130 Mood: TRBL I have high expectations for Dean as an artist and this particular track seemed stagnant.

The entirety of the song is only a few lines long:

It shouldn’t have rained at this time
Cuz I ended up listening to that song again
That feel-good melody that hums in my ear
Makes those memories knock on me
I can’t overcome
That night, I shouldn’t have looked at those eyes
Swallowing back the few words
That I never ended up saying that night
I fall asleep again

The whole thing sounds like the prelude to a- sad, black and white detective film where the lyrics are the narration we get as we watch an older, worn out man down a strong drink at the bar. It even has the grittiness of an old recording. Someone really broke Dean’s heart, and he uses the short song to express his hurt. However the emotions and the words don’t really connect for me, making me like reading the lyrics more than listening to them.

As for “Beyond” it is slightly reminiscent of Kanye West’s “Heard ‘Em Say” in a good way. This is the type of music I expect from Dean and would have been perfectly happy if he’d released it on it’s own as a single instead of putting the two songs together. “Beyond” features Baek Ye-rin of 15&, who perfectly complements Dean’s voice while still being strong enough to counter the insane bass of the song. The vocalists work well together to complete each other’s sound and make the song well rounded.

The video is actually kinda trippy but it works. It’s art, and open to many interpretations, so I will give mine. The two main drawings –the boy and girl– circle each other but don’t touch. They walk up to each other, they get very close, but for a song whose alternate title is “Come Over” the two seem very hesitant to touch. This could be very well a good thing as when they do finally embrace, there is chaos. Good chaos or bad chaos? Well, the video ends with the world reversing and both entities alone, so I’m gonna lean towards bad.

The video reflects the hesitation within the lyrics, which holds two conflicting sentiments within the chorus:

What is it? What is it about you?
You’re not that pretty
But my eyes keep going to you
You’re bothering me
I’m getting dizzy, help me
It’s getting darker outside
Don’t you want my love?
Only the sound of the clock ticking gets louder

While on the one hand Dean is annoyed by the feelings that have been stirred within him, on the other hand he’s desperate to know that she reciprocates them.

Limbo is the perfect word to describe how I feel towards this album. I have nothing but praise for Dean as an artist. His musicality is spectacular. I love his voice. His production is always on point. He writes amazing lyrics. This particular release however has me wanting more. I love half of it when I wanted to love the whole thing, which leaves me feeling overall disappointed.

In the case of 130 Mood: TRBL, several of the singles were pre-released, culminating in a longer full album that told a full story. As Limbo sounds like the introduction to a story, hopefully this is just the beginning of what Dean has in store for us in 2017.