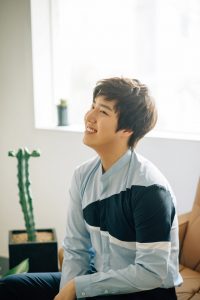 It is a truth universally acknowledged that an artist in possession of a good song must be in want of a MV. After all, a release in today’s visual K-pop world demands a video, whether it be a simple stream of lyrics, a rehashing of K-drama footage, or a self-contained storyline to represent its music. But the pace and number at which MVs are being released on YouTube has made it increasingly difficult for the work of artists to stand out, regardless of quality; the sheer barrage of output means there’s always one more new clip to divert the attention of viewers.

If there’s been a new trend in 2016 as artists attempt to break away from the pack, it’s the use of animations to distinguish their MVs. Following in the path of works like BoA and Beenzino’s “No Matter What” and Porter Robinson and Madeon’s “Shelter,” Tany is a new artist who has chosen to represent his debut single through the art of Korean illustrator Novoduce in his MV for “Always Remember.” Her raw, uncomplicated style of drawing, alongside the song’s use of traditional Korean instruments, is meant to help viewers remember the Sewol Ferry Tragedy as it reaches its 1000th day anniversary on January 9th.

The video features a young woman sailing through the ocean. Not just any typical ocean but a vast, reflective expanse of ocean under a starry sky; it’s a surrealism that recalls the magic of the landscape in Life of Pi or Pirates of the Caribbean: Dead Man’s Chest – strongly suggesting that the protagonist has moved beyond the realm of reality, past the end of the world and into a liminal space of new possibilities.

As her journey continues, we see her encounter a couple which seems to be her parents, in addition to a boy (perhaps her brother, or significant other). They are images that quickly dissipate before any real communication can be made. It’s clear the people are precious to her, from the way she runs towards them; they are cherished connections being sacrificed in the passage that finally ends with her walking towards a mountain.

“Nice,” my friend says when I link her to the MV. “But kind of boring?” 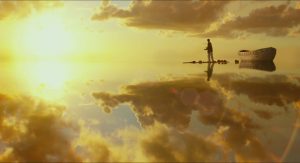 It’s true; there’s something pleasantly generic in the simplicity of both the story and song. But in knowing that the artist is referencing a traumatic incident, and asking us to not forget the people who died the disaster, nor the appalling circumstances through which they lost their lives, the MV’s austerity is designed to be imbued by the viewer’s personal contemplation. Within this context, the video seems to be a prayer, a possibility of ferry victims finding peace through their journey to the afterlife.

The young woman in the boat symbolizes the many high school students who went down with the ferry. Arguably, it’s an optimistic portrayal meant to serve as a kind of healing balm for the pains of their families, who are still grieving with questions of how their children suffered. Against a government that has been criticized for acting as though the Sewol Ferry tragedy is already a thing of the past, and not an open case of dysfunctional national politics, Novaduce’s animation is a refusal to lie down. It is a public choice to stand with the citizens who are demanding respect, accountability, and remembrance. 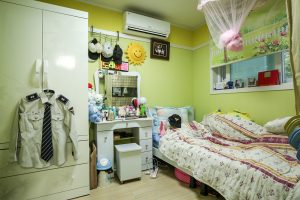 “The people will not forget,” Tany sings, a promise as “Always Remember” joins a larger body of politicized work by artists honoring the tragedy’s victims. Most notable has been the collective of Korean photographers who are documenting the normal, messy bedrooms of the students that have been left untouched since the day of the incident, featured in the exhibit April: The Eternal Voyage; there’s also Ahn Kyu-chul’s Reading For Our Children, an interactive work that gives visitors a space to read poetry aloud to the victims. But what unites all these works is their attempt to mediate the before and after, and find meaning despite the painful tension of death.

Knowing the context also amplifies the importance in the song’s usage of flute and gayageum from instrumentalists Kwon Byung-ho and Park Kyung-soo. The instruments chosen (alongside piano) are clearly a nod to the sounds of traditional Korean music – a welcome change from typical ballads I’ve come to expect in K-pop – that also manage to pay homage to the custom of using traditional Korean music as a form of political protest. 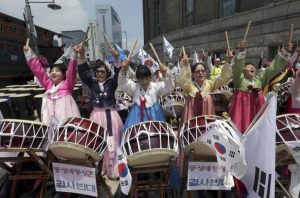 Since the 1960s, students, labor unions, and organizing groups have used pungmul, or Korean drumming, in political marches and demonstrations to bolster mood and unite protestors. Their popularity in public renewed young people’s interest in learning traditional Korean instruments – including the gayageum and danso (the Korean flute) – that would eventually be integrated into the musical performances that typically occur in the middle of Korean protests.

The push for social change in South Korea thus goes hand-in-hand with its development of neo-traditional Korean music, and Tany’s “Always Remember” falls subtly but nicely into this historical movement. Alongside a simple, but thought-provoking story, this first release from the unknown singer is a welcome start to his concept of creating ‘art-tainment,’ the combination of art and entertainment. It’s refreshing to be reminded that music is meant to invoke connections to our personal lives, as well as the arts, and the world at large – and can do so gracefully, in an indirect manner that relies on the engagement of the listener.