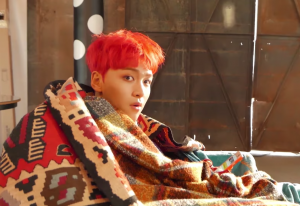 It’s been a rather disjointed ride for Neo Culture Technology as SM Entertainment continues its plan to glocalize and avoid the contract terminations that plagued senior group, Exo. 2016 was a slew of debuts, sub-units, web broadcasts, and a whole lot of confusion on the part of casual fans. The new reconfiguration of SM’s future boy groups officially debuted under NCT U, before launching sub-units NCT 127 and NCT Dream — with more rookie units waiting in the wings. While all three units shared some members, the musicality, aesthetics, and promotional tactics were all over the place. It’s difficult to build a decent fan base when fans aren’t sure their favorites will even be present in the next comeback; yet, SM continues to charge forward.

With NCT 127’s latest comeback “Limitless,” stans and casual fans alike have finally been gifted the release of an excellent lead single, the debut of Johnny, and Yuta‘s new chin. Unfortunately, a stand out track is not quite enough to solidify NCT’s place as a rookie contender — especially when the track is paired with appropriative and lazy MVs.

In a way, “Limitless” picks up where “The Seventh Sense” and “Firetruck” left off, only with a much more cohesive (read: public friendly) track. NCT 127 is for all intents and purposes NCT’s “hip hop” unit, and their musicality draws a lot from the trap/Drake/Weeknd styles that dominate popular music right now. Ironically, what makes “Limitless” such a great track is that it pulled away from the more experimental influences of its predecessors and instead infused some of the classic boy band vocals that make a track recognizable, and perfect for casual listening. You can hear the Backstreet Boys and even TVXQ influences that infuse the track, and those chords of familiarity really do make the track catchier.

“Limitless” is a nice mix of derivative and experimental, balancing the up and downs of the verses with a flawless group chorus that goes hard — both in terms of harmonies and beats. The verses could do without Taeyong being possessed by the Grudge girl, but they flow nearly flawlessly between quality vocal and rap portions. The chorus is truly the highlight of the track, and features excellent group harmonies alongside a sticky English hook of “I don’t want nobody but you.”

With so many shifting dynamics packed into four minutes, there was a lot of potential for the track to feel as disjointed as “Firetruck,” but the producers did a great job of blending the shifting tones into something that builds momentum all the way through the bridge and into the final chorus. This is the kind of boy group track I expect from SM, and after a rather disappointing year of releases, it’s nice to see them attempt to tune back into something catchy, and not just relying on fandom power to make a track sell. 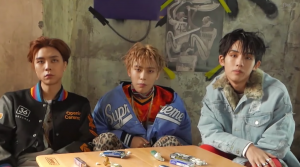 Unfortunately, for such a strong track, NCT 127 was shorted horrifically in terms of visuals. SM released two versions of the MV — the “Rough” version and the Performance version — and neither does the group any favors. At best, the visuals are try hard and lacking, at worst they’re appropriative.

The Rough Version showcases the members lounging about in a warehouse, minding their time much like I imagine they did in SM’s basement pre-debut. There’s a lot of questionable brooding in animal print, and contrived delinquent behavior in the form of spray painting, boxing, and Taeyong forgetting how to put on a sweater.

What’s most bothersome is that the Rough MV obviously strives to come off as casual and unofficial — much like a behind the scenes cut — but instead it reads as contrived, posed, and lacking any semblance of personality. There’s confusing cuts of choreography, and half-attempted, robotic lip syncs that nearly build to something, but they’re immediately overwritten by a square frame of a different scene, or another set altogether. This unsettling and haphazard transition between high definition cuts and low quality handycam filming makes the MV feel disjointed and completely out of sync with the track. The only ounce of continuity comes in the form of the members, yet even they get blurred out with the grainy film and obscured shots. Perhaps if SM had fully embraced the “Rough” cut, or released a standard HD box MV, the visuals wouldn’t be so confusing.

The Dance Performance offers a bit more in terms of visual cohesion — but that still doesn’t say much for the comeback when the dance version is more engaging than the MV. Following the impressive success of Taeyeon‘s “Why” Performance MV, SM’s continues to break artists free of the cloud practice room and into a more dynamic sets that feature exciting lighting techniques, outfit changes, and overall more engaging visuals. This is a smart, and budget friendly tactic that could work in SM’s favor if they didn’t style the boys of NCT so tragically for the entire four minutes.

A huge part of me wants to like the Performance version, because it’s shot well and NCT 127 is a very poised rookie group in terms of group choreography. But, that impressive performance dynamic is easily overwritten with questionable styling and execution. What was going on in the SM coordis’ mind when they thought transplanting the Weeknd’s hair on to WinWin‘s head and electrocuting poor Mark were good ideas? Furthermore, why are half the members sporting dreads? Is SM actively working to destroy all of their scalps and punishing them in sequin track suits that would make Hyun Bin proud? NCT 127 is filled with good looking boys, and SM is doing a hell of a poor job making that known with this kind of styling. 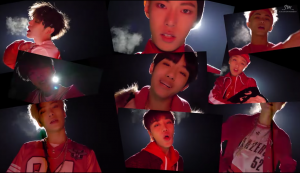 Ultimately, there’s a motif and mood that listening to “Limitless” warrants, and neither MV managed to channel that energy into something visual, which is perhaps the biggest let down of all this comeback. NCT 127 has an ever-growing roster of members, and — as a casual listener — “Limitless” didn’t inspire me to learn anything more about the group. It’s enough to encourage a listen of their new mini Limitless to see if the musical quality carried over to the b-sides, but I’ll probably steer clear of the visuals for the remainder of this comeback.

This speaks to the larger shortcoming of SM’s alternating member plan for NCT 127: it’s difficult to formulate any sort of investment in the group or its members when the future is so uncertain. I’m free to like a track without feeling any attachment to the artistry behind it, and that’s not really a good thing if SM has any intention of expanding the NCT brand.

In the end, I find myself cursing SM for the second time this year. Why release such a strong track without the visuals to back it up?