The recent controversy regarding the sexual harassment of Block B, Infinite and B1A4 members behind the scenes of Saturday Night Live Korea (SNL Korea) has been further conflated by the emergence of two new names. SHINee’s Jonghyun and actor Kim Min-suk were subject to the same swarming by the female cast of SNL Korea backstage in what seems to be an introduction of these individuals to the female comedians of the show. In the video below, you can see that the female cast had grabbed the private parts of these boy group members instead of proceeding with a normal hand-shaking.

In what seems to be an initiation ritual cultivated behind-the-scenes of SNL Korea, these incidents points towards the exploitative environment of South Korea’s entertainment industry. The South Korean entertainment industry has a heavy focus on appearances, which is already an unhealthy basis upon which popularity and success should be built upon. However, the fact that these idol group members are subject to such sexual harassment behind the scenes raises questions as to where the boundaries lie between flattery and respect. As much as these male idols are seen as desirable, sexual harassment cannot simply be permissible and brushed offed as some perverted form of ‘admiration’. 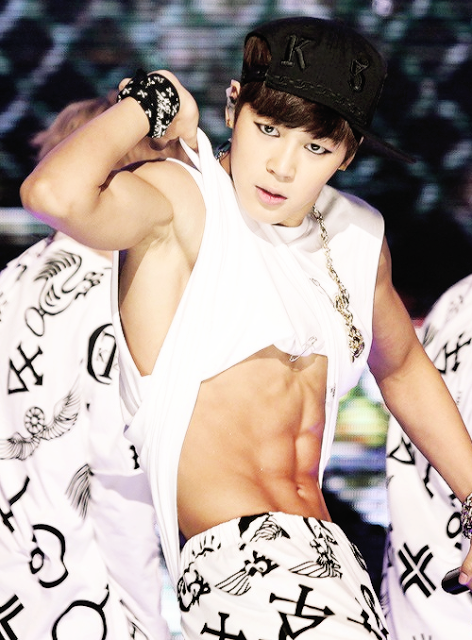 These cases of molestation can only be the result of the attitude South Korea’s entertainment industry perpetuates, in the image created of idols, as well as the expectations in behaviour of these individuals. Within South Korea, it can be argued that idols are crafted to fit some caricatured role in the eyes of their fans and the public. Be it male or female idols, there is a fixed conception of beauty, of femininity or masculinity – a painting of unparalleled good looks and perfect bodily makeup. It is not unusual to see male idols flaunt their muscular bodies in music videos, live performances or on variety shows and their fans go ballistic over these captured moments.

All these fall under a category of fan service offered by the idol groups.  All these seem fine as long as these idols remain as a spectacle to be admired onstage. But is this really a perfectly acceptable manner of treating a fellow human being?

Idolatry, with all its glamour and glory, hides a perverse objectification of individuals that I cannot help but feel sickened by at times. South Korea’s management and treatment of idol groups proves itself to be hyper-proficient in perpetuating such idolisation to extremes. These caricatures of desirability eat into the lives of idol group members, to the extent that they lose a part of their personal lives and autonomy. It can almost be taken for granted that idol group members are not allowed to date, often becoming the victim of the vehement responses by netizens to any scandals. In becoming an idol group member, these individuals are seen as signing their lives to the service of their fans. These idols cannot lead separate, private lives that would disrupt the fantasy of having their existence married to their fans. 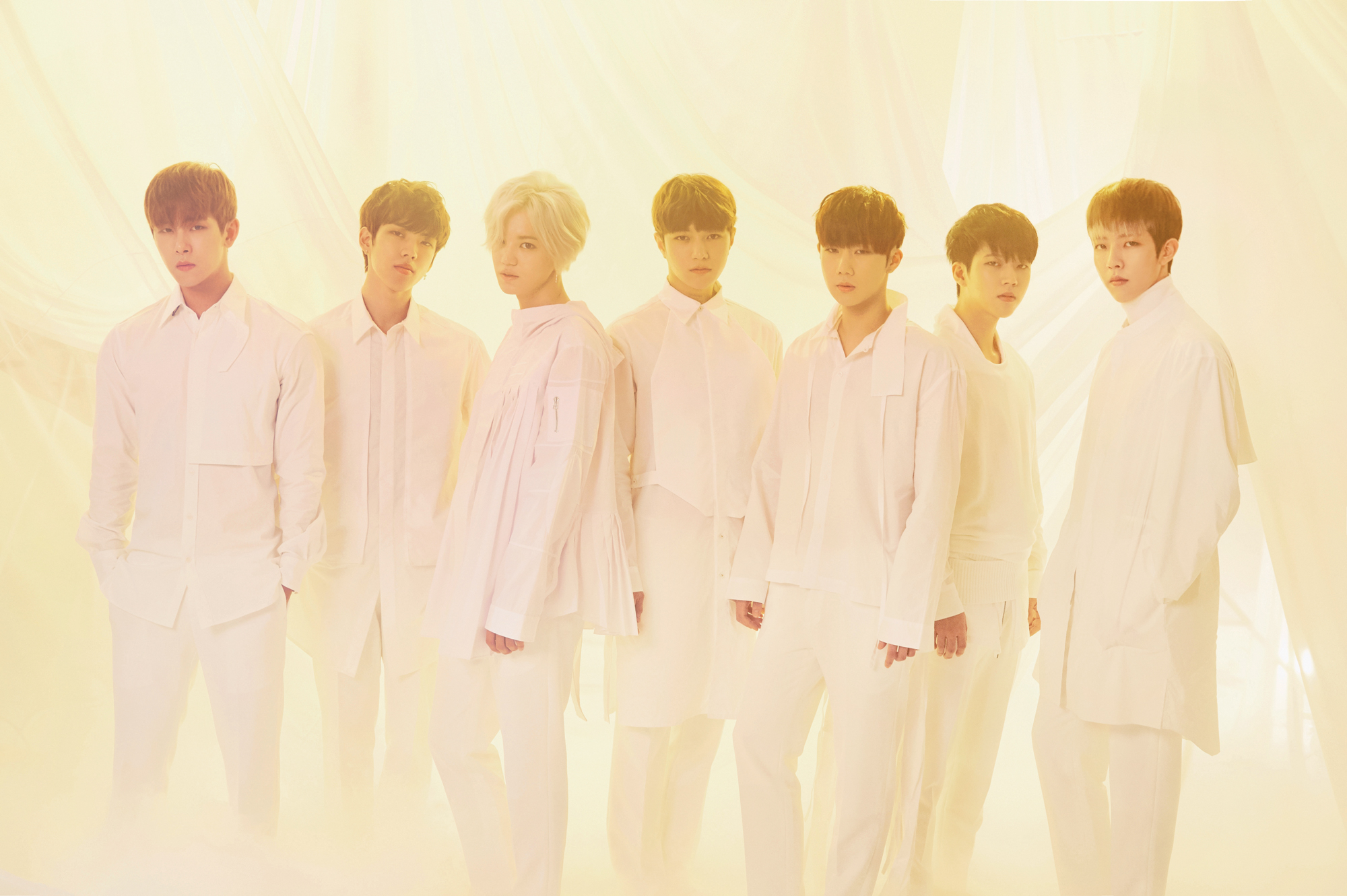 The affirmation of such an attitude that undergirds one facet in the entertainment industry leads to the explanation behind SNL Korea’s sexual harassment incidents. If these male idols are made to be the statues of Greek Gods through the media, there lies enough justification for these female cast members of SNL Korea to paw over them as a form of flattery. Repulsive as this may sound, the sexual harassment can only account itself to the way idols continue to be marketed as objects of desire rather than human beings.

Furthermore, these younger idol members cannot simply fight back against the assault made towards them. They laugh it off easily, in view of being considered disrespectful towards their seniors in the industry or even seen as arrogant if they retaliate.  This reaction harkens back to the conceptions of what flattery and admiration entails for these idols. Idolatry and desirability are tied closely together for them and this overstepping of boundaries are seen as indicative of their success – they are so tantalising that females cannot help but yearn to lay their hands on these male idols. 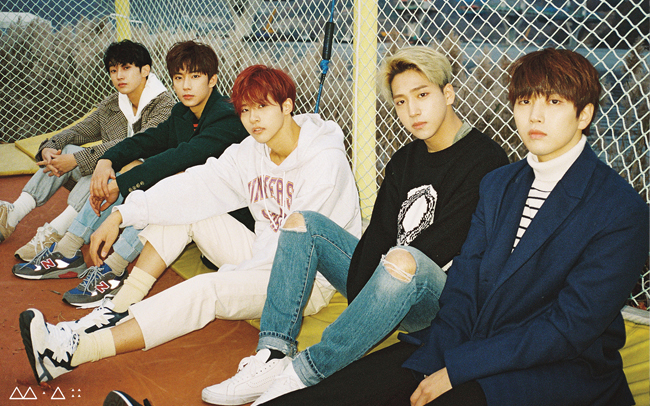 SNL Korea has issued an apology to B1A4 but the problem at hand remains one that requires a change of attitude to prevent such incidents, rather than repentance after violations have occurred. The cases of sexual harassment that have flooded the internet point to a moral decay of the entertainment industry in South Korea that is addressed half-heartedly. Many of us continue to subscribe to and are captivated by idol groups, with their perfect looks and style onstage. The fine but clear line between flattery and respect makes itself known in incidents such as these, but the working model of using idolatry to sell musicians remains fraught with problems.

Everyone wants to see a glamourous performance with gorgeous individuals onstage, perhaps because in some ways, it feeds our own fantasies and desires.  We want to see perfection manifest before us, unreachable ideals standing right before our eyes. It makes for a great marketing tactic and it brings in the cash for entertainment companies. But in the process, should we not question whether this is a selfish venture that ultimately disrespects and demeans fellow human beings? What are we being sold as we chase our beloved idols? Are we buying into an idea of them and the image of perfection or are we sold to the beauty of their art? There is a very thin line between obsession and admiration, between fantasy and genuine appreciation.

Presently, it seems that the sacrifice required by idol groups, both male and female, crosses the boundaries of hard work and practise. As seen with the case of SNL Korea’s sexual harassment debacle, these idols have to sacrifice their dignity and modesty in order to have secure their own positions in the entertainment industry. Yet, arguing from a position for the rights of a human being, this submissiveness seems uncalled for and indubitably exploitative. Perhaps, it really is time to relook at the way success needs to come about, and start treating people with respect and not see them as toys for our entertainment.

Pulling away the wool from our eyes, it really takes some effort to look behind the glamour onscreen to expose the turbulence beneath. There remains a distinctive boundary between admiration and full-out sexual assault that needs to be respected and reinforced at all times, not only when severe incidents arise. We want to respect these idols for their hard work and talent, more so than trying to fix them into moulds to be displayed and revered.