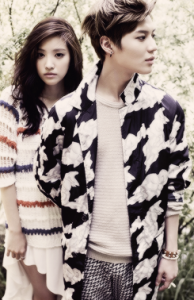 There are times in this world that we are forced to contemplate uncomfortable subjects. Often, these are those niggling doubts that sit in the back of our minds that make us feel unsettled but that we can’t put our finger on. Sometimes, they are questions to which there is no definite answer, which only makes them more frustrating. The nature of “honesty” in the K-pop industry is one of these issues. It may be a bit misleading to call it the nature of honesty when, in fact, it is the nature of lying that is the concern.

The lying in K-pop isn’t normally outright and that is what makes it difficult to put your finger on as an issue. There aren’t usually giant, hurtful, deceptions going on that would damage the entire fan community. Your bias may even be one of the idols considered most “sincere” by the community at large, but that doesn’t mean that falsehoods aren’t an integral part of the Korean entertainment scene as a whole.

This has become fairly obvious recently with scandal after scandal appearing on the news. Model and actress Clara was even been called out by netizens for not telling what is considered the “truth.” Her lies were nothing out of the norm for the industry – denying past boyfriends and making herself look good – but because she wasn’t consistent with her lying she is being called out for it. In the end it isn’t that she lied that is the issue but rather that she lied poorly. Someone unfamiliar with the industry might wonder why she didn’t just tell the truth in the first place, but to anyone experienced with the K-pop scene her sort of lying seems practically natural. 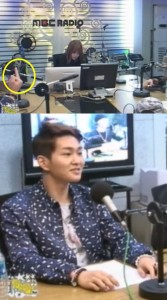 It begins with the companies, as does everything. When an idol group is created they are given an “image” and this image creation can be seen in a couple ways. On the one hand, having multiple personality types is the best way to appeal to fans but, on the other hand, the creation of an image is little more than a lie if the person doesn’t originally have that personality. It can be seen when cuteness is forced on the maknae or respectability and perfection are forced on the leaders; they are acting a character. Because of these images created by the companies the idols are forced to lie about their personal feelings and personalities in order to maintain the character assigned to them.

On a less specific level, imagine maintenance in general is something as familiar to idols as breathing. They are expected to uphold their attractiveness, their friendliness to fans, and their respectability in front of the public at all costs. Situations like SHINee’s Onew flipping “the bird” on a radio show cause damage to his nice guy image that his company insists he uphold. Another example is when you hear an idol bemoan the loss of their image right before they do something embarrassing on a variety show; I’m sure you’ve seen it happen. It isn’t exactly lying, but it is bending the truth to uphold a fabricated personality and reputation.

Some of these lies are told over, and over, and over again. Two favorites are the denial of past romantic involvement and the denial of unhealthy diets used to lose weight. These lies are forced onto the idols for the sake of their fans and reinforced by the companies to maintain the illusion of availability and perfection. Every time a girl group member says that her skinny body frame is “natural” there are plenty of fans that roll their eyes, but there must also be some that believe it in order for the companies to see value in maintaining such a facade. 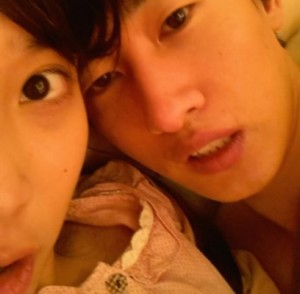 As for dating, the appallingly slap-dash excuses companies come up with to cover up even remotely romantic relationships are just plain ridiculous. When IU and Eunhyuk had their little picture scandal the majority of the international fandom watched on in disbelief as the companies claimed that he was visiting her because she was “sick.” It seems inconceivable that people would believe such a ludicrous excuse, but such is the value of an idol’s image and reputation. Although honesty about both of these topics is getting more common it doesn’t erase the years of suppression of truth.

It isn’t really each individual cover-up that’s concerning, but rather the long term effects of the normalization of lying. With the trainees in K-pop getting younger and younger there is danger of creating a generation of youth that don’t truly know themselves and lie casually out of habit. It can be argued this is what we are seeing with SHINee’s Taemin. He’s been training in an entertainment company since he was extremely young, he debuted into the world of image maintenance at a young age, and now his propensity for lying is no secret.

There were several instances recently of Taemin lying that made the problem apparent. First, during SHINee’s most recent appearance on Weekly Idol, when asked he said that he lied to the other members more often than he told them the truth. When lying is a means of survival in the industry in which one works it can also become a survival instinct in your personal life. Taemin lies in order to escape the lying of his everyday life – in other words, if he wants to go see a movie or meet a girl he has to lie about it, despite those being normal activities. Only by lying can he spend any time on his own because the rules of conduct are so strict for popular idols. Being in a dishonest industry has taught him that lying gets him what he wants. 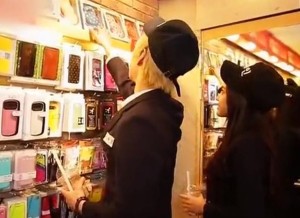 Second, Taemin has gotten caught in multiple lies during his current stint on We Got Married. Between lying about never having dated before, and lying about losing his phone case, it seems like he’s just saying what the other party wants to hear. This is exactly what idol training has prepped him for; tailoring whatever he says to the situation for the most beneficial outcome. The ironic thing in this situation is that WGM is so fabricated to begin with that Taemin and Naeun’s relationship may as well be one big lie itself. It may seem like lying doesn’t matter in a fake relationship, but Naeun is still a human and real relationships are built on trust, something that could be a problem for Taemin down the road if his current behavior continues.

As K-pop fans we struggle constantly with the contradiction of the personalities our idols portray on screen and their real life personalities. These images and false attitudes are put on for our benefit, or at least that’s what the companies seem to believe. This makes it difficult to decide whether we should even call it “lying” when an idol is simply maintaining the character they were assigned. It isn’t Taemin’s fault that he has developed an almost compulsive lying habit. He is simply responding to the training he has been given and the environment within which he functions.

Given a chance to investigate the habits of other idols it is likely we would find the same thing among many of them. The “lies” they tell on broadcasts are fairly obvious to the trained eye, but the lies they tell in their personal lives are probably just as prevalent. It is unfair that an industry has put these young people in a situation where dishonesty is valued over honesty, but we have no one to blame but ourselves. It is the fan culture and the idolatry of these human beings that leads to impossible standards of conduct. 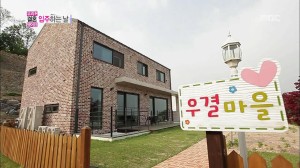 Unfortunately, fans are never going to stop being possessive of their idols, companies are never going to stop trying to maintain a respectable image, and it’s also looking like the rookies will never stop getting younger. The situation doesn’t look good for a reinstatement of “honesty is the best policy.” There is a little hope, though, as more of the smaller companies try to allow idols to date openly and more groups are allowed to keep something similar to their own personalities instead of being forced to act differently.

Being completely honest all the time isn’t practical, we all know this and tailor our own behavior to fit into each situation – you may be loud and boisterous naturally but you’ll probably act a lot more refined during a job interview – which doesn’t necessarily make us all liars. K-pop companies simply take this behavior to the next level so that there is almost no honesty allowed at all. Behavior like Taemin’s is just one example of what being brought up around dishonesty can do to a person’s personality. It doesn’t make him a bad person, but it does make us question the nature of the industry as a whole.

What about you, readers? How does the lack of honesty in K-pop make you feel? Do you think the personality of your favorite idol really real?