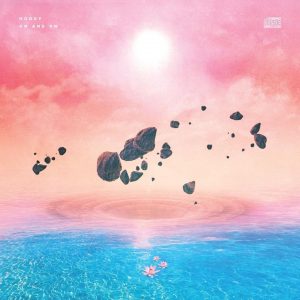 Hoody has released her first EP, On and On! Through her individual singles and features, Hoody has established herself as a talented R&B artist, and her first attempt at an EP doesn’t miss the mark.

On and On is a 9 track EP, featuring other hip-hop and R&B artists, like ELO, Jinbo, Jay Park, and Dok2. Hoody was involved in the producing or the arranging in all her songs. Her AOMG‘s labelmate, Gray, also helped produce each track. The whole of the album gives off a pretty classical R&B vibe, with the light playfulness of Hoody’s personal style. While all the songs are cohesive, they’re all unique and show off a different side of Hoody — which for a first EP, is a really great thing. I think this is a first real taste of Hoody’s greatest strengths as a musician, as she showcases her producing, performing, and arranging chops for us.

She doesn’t just arrange a series of good songs, but showcases the layers of love that people go through: the briefest snapshots of the most beautiful moments.

An intro track would typically be used as a way of previewing and setting up the tone for the album, but the first song, “By Your Side”, does a great way of doing that already. Hoody seems to favor smooth, flirty producing and mixing, with groovy undertones. “By Your Side” shows off Hoody’s preferred sound, and gives it a vibrant playfulness that lends itself really well to the lyrical narrative of the song. “By Your Side” is just a snapshot of a moment, when you’ve fallen in love with someone and you’re absolutely crazy for them. There’s something utterly weightless and exultant about that feeling, and “By Your Side” captures the same careless, flirty sort of joy. It does a great job of setting up the tempo and the mood of the album, and it could stand alone as a great single. Something really clever that Hoody does in “By Your Side” is pull back some of the layers of the instrumental mixing in the last fifteen or so seconds, so that the song still ends cohesively, but the intensity mellows out and the transition into the next song, “Your Eyes”, is smooth and easy.

Hoody sticks within the familiar R&B genre, but uses different instrumentals and mixing techniques to allow each song on the album to showcase both a different way of looking at love. “Your Eyes” is dreamy and full of a sort of wistful waxing, but “The Light” is entirely contrasting in tone. “The Light” is one of my favorite tracks on the album, and it has a synth that gives the song a more sorrowful — but still somewhat sensual — feeling. Hoody’s vocals meld easily with the synths, and this tracks showcases how she makes great use of layered vocals.

The next track, “Forest” was produced and arranged by Hoody, which is intriguing: I find it to be the most unusual, sort of out-of-place track on the EP, yet it is also the song that has the most of Hoody’s hand in it. I wonder if she wants to pursue funkier, quirkier sounds like the ones we hear in “Forest”. It opens up with a sort of warped 8-bit sort of synth, and while it follows down the vein of R&B, it also incorporates many elements of EDM and slight trap influences. Hoody’s whispery voice is auto-tuned and slightly compressed with distortion, but it actually works with the song, giving it a sort of ghostly, ethereal vibe, before transitioning out of that mood into the next track, “Need U”.

The transition from “Forest” to “Need U” is a little strange, as we go from the floating eeriness of “Forest”, into “Need U”, a predominantly R&B track with a pop-beat. It’s somewhat jarring and pulls me from the listening experience, but the rest of the album has been so cohesive, so I can forgive that.

Something I would like to point out is the fact that all of the featured artists have great parts that enhance the song, but never steal the attention from Hoody; Dok2’s rap breakdown in “Need U” is small, but well punctuated, which balances out the clear, smooth R&B elements with a the playful sort of roughness of rap. If the song was entirely just Hoody singing, I think that they synths are just so subdued and predictable, that it would have been really boring. But Dok2’s performance helps to keep the momentum of the song moving.

The outro, “On and On” shares its title with the album; it feels experimental and dreamy, with the same sort of flirty, funky kind of mixing that Hoody seems to favor. With its slowed tempo, floating synth, and Hoody’s quietly soothing vocals, it’s actually a great outro. “On and On” wraps up the album, and really makes a statement as to the kind of music Hoody wants to pursue. It’s interesting to note is that Hoody has an outro track, but not intro track. I wonder if that’s just an artistic choice, or if she just didn’t really see the need in having one.

Although I’m not super crazy about every song — I’ll probably get sick of some songs if I keep listening to them — On and On showcases a very cohesive and engaging musical narrative. Overall, I emjoyed this EP, and I’m glad to see Hoody outside of singles and features. With a debut EP as quality as On and On, I’m excited to see what music she’ll make in the future!