Sejeong's "Flower Path" is a Much-Needed Healing Song This Season 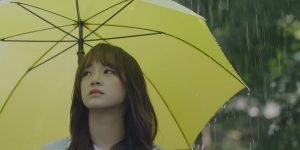 To put it extremely mildly, 2016 hasn’t exactly been the best year, whether within Korea or in the world beyond, and the past week has also brought some heavy news to the K-pop scene. Nonetheless, there are still things to be thankful for, and Sejeong‘s “Flower Path” is one of them.

Back in June, Sejeong, who has been promoting with I.O.I and is also part of gugudan, appeared on Talents for Sale with I.O.I groupmate Chaeyeon. On the episode, Zico composed “Flower Path” based on their letters to their mothers. The song has been performing well on charts, and for good reason: the lyrics are delicately crafted and heartfelt, and the composition and Sejeong’s delivery bolster its moving message.

The lyrics express the person’s regret towards and appreciation for her mother, as well as a promise to bring a better future to her mother:

Oh rewind, the more I think back, the more I’m sorry
So I won’t give up
You gave up your youthful and beautiful season
Look at me, I have bloomed prettily
Even if I fall to the ground
I will make you walk only on flower paths 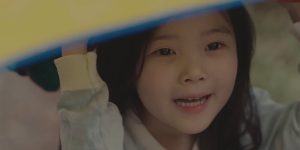 The song is especially poignant in light of Sejeong’s family background, as her parents divorced when she was little and she was raised by her mother. The flower path detail is something she mentioned in her letter, and it is a saying that expresses one’s hope to meet only good happenings in life.

The MV reminds me a little of Eunji‘s “Hopefully Sky” from earlier this year, as both portray a girl and her childhood self. While “Hopefully Sky” is upbeat and filled with bright pastels, “Flower Path” is decidedly more bittersweet.

The colours are slightly desaturated, and the MV is dominated by cool, muted tones. These bring out the subtle sense of melancholy running through the lyrics, whether in the reference to a cold world in the opening line, or in the person’s mix of regret and gratitude when reflecting on the sacrifices her mother has made for her. 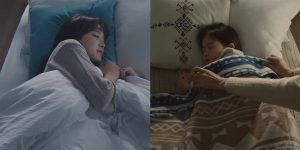 he MV also makes use of beautiful split screens and parallels to juxtapose the same daily activities taking place in the past and the present. The warm presence of a mother is deeply felt in the scenes of the past even though she never appears in full. The viewer only sees glimpses of her arms as she helps her little girl dress in a cosy sweater, takes her daughter’s height, pushes her on a swing, and holds on to the back of her bicycle.

In the present, a grown-up Sejeong goes about her routine alone, dressing and tying her shoelaces by herself, taking her own height (and cheating by tiptoeing), making her own toast. These scenes are processed to emphasise cool colours in comparison to the warmer sepia tones of the scenes of the past. These points of contrast bring out a lingering sense of loneliness that comes with growing up and gaining independence. 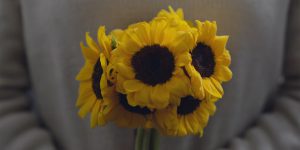 The parallels lead up to a subtle climax that drives home how her mother’s presence is missed: while young Sejeong has her mother to come to her rescue and shelter her from the rain, she now has to count on herself and hold her own umbrella. Bittersweet as these parallel shots are, there is nonetheless a hint of optimism in the pops of yellow, from the sunflowers to the origami, the bicycle, and finally the umbrella in the closing shot.

As Sejeong has always been promoting as part of a large group, it’s easy for those who haven’t been following Produce 101, like me, to not notice her. This solo release has given her the perfect chance to shine, and also to be part of a project that is invested with personal meaning for her. As her time with I.O.I draws to a close, here’s hoping that her career with gugudan will allow her to fulfill the flower path promise she made to her mother.