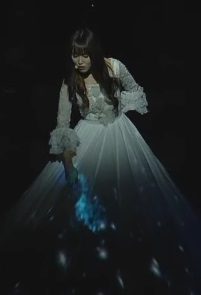 Last Saturday saw Korean music streaming service Melon host the 2016 edition of its music awards. It wasn’t the first big awards show of the season; but unlike the Asia Artist Awards, there was a greater degree of competency displayed. Some choices, like the circus carnival-cum-belated Halloween theme and clowns flanking presenters on-stage weren’t the best, but the MMA made up for its faults with inspired stages and quality performances. I’ve always considered this show to be one of the better awards ceremonies of the season, and this year’s show proved my point once again.

The Top 10, or Bonsang recepients for this year were: Exo, BTS, Red Velvet, Akdong Musician (who sadly didn’t perform), Mamamoo, Twice, G-Friend, Taeyeon (who was absent but gave a speech through pre-recorded video), Bewhy, and Zico. More winners included: Yoon Mi-rae for Best OST, Im Chang-jung and Eunji for Best Ballad (male and female, respectively), Bolbbalgan4 for Best Indie, 10cm for Best Folk, Black Pink for Best New Act (more on this later), and one Justin Bieber (Best Pop). The Daesangs went to BTS, Twice and Exo, for Album, Song, and Artist of the Year, respectively.

Being a music awards show, there were also a number of performances, like Seventeen‘s chess piece (which was one of Cjontai‘s Best of Weekly Music Shows picks this week), Mamamoo suiting up, I.O.I keeping the extraneous mid-song dance break tradition alive, Eunji gliding through the sky, Twice’s attack of the dancing dead, and iKon performing my favourite song of theirs. But there were also other highlights, like kids not following instructions, idols getting caught on camera, and…

“Don’t point your cameras at Exo!”

Show Me The Money 5 winner Bewhy impressed with his energetic and passionate opening performance of “Deja Vu” and “Day Day,” but what won me and countless others over was this now-iconic moment from the ceremony. On stage to accept his Top 10 prize, the rapper half-jokingly asked the cameras to stay on him, saying that Exo stole attention. Naturally, this prompted the cameras to focus once more on Exo. Hey, at least they used the screentime to promote Bewhy’s music.

I Am Zico, You Are Zico, We Are All Zico

While Bewhy shied away from Exo, Zico embraced the group and their star power. Not that it seemed like he needed to borrow star power from anyone, as his performance was amazing. Zico performed three songs, and commissioned stage changes for each one. A band backed him as he crooned “I Am You, You Are Me,” then the LED screens lit up for “Boys and Girls.”

A switch to “Yes or No” saw Zico and his dancers take over the outer stage, and the artist section as well, as Exo became his backdrop. I apologise for the video above: proper cuts of this performance are unavailable outside of the full show available on 1thek’s channel. You do get to see the settig up of that ending, though.

All of the themes and stages for this year’s performances were beautifully considered and rendered, but Black Pink’s was my favourite of the night. I was momentarily upset that we weren’t getting a Harry Potter theme involving vanishing cabinets, but ultimately I don’t mind this recreation of The Lion, the Witch and the Wardrobe. Beginning with a VCR intro, Jennie led the rest of her group through a wardrobe and into a performance of “Whistle” as twerking White Witches. After what appeared to be an impressively quick costume and hairstyle change, the group performed “Playing with Fire” while being watched over by a giant golden lion. At the 3:50 mark, however, you can see that Black Pink are already in their red outfits; this means that the “Whistle” stage we saw was defintiely prerecorded.

Black Pink also won the Best Newcomer award, beating out the likes of Kwon Jin-ah, Sam Kim, MC Gree, Bolbbalgan4, WSJN, Astro, NCT 127 and I.O.I. Fans of I.O.I in particular were unhappy with the result, considering the Produce 101 group to be more famous than Black Pink — there was even an article about the apparent confusion and dismay. I.O.I fans have assured themselves that Mnet‘s daughters will at least win big at this year’s MAMAs. For their sake, I hope they are right. What I found more surprising is that I.O.I didn’t receive a prize at all — I thought they gave one to every attendee?

G-Friend’s MMA performance was included alongside Seventeen’s in our most recent BoWMS post, but I have to mention it here again for that gorgeous intro. There were a few instances of technical trickery and magic. I’m counting Red Velvet’s rise from the suitcases in this category; we also had to endure an overlong magic trick that should be classified as butterfly torture. Far more impressive was Yuju’s conjuring, which saw the projected butterfly fluttering up her long skirt become real (or, physically tangible at least) at the singer’s touch. That’s Eurovision-level stuntography right there, capped off by an equally Eurovision-worthy live performance of “Rough.” Please sign my petition to send G-Friend to Ukraine next year.

An Ocean of Happy…

Sechs Kies were inducted into the MMA Hall of Fame, and celebrated the occasion with a special performance. It was three songs long, but the performance — comprising “Com’ Back,” “Three Words,” and “Couple” —  felt like a mini-concert.  The members had good command of the stage, and were ably assisted by various props, rising stages and light displays. The crowd also pitched in, swaying with all their lightsticks on, creating a pleasant, multicoloured ocean for the veteran group.

… And an Ocean of Black?

On the flip side, there’s been a lot of chatter online about Twice, and possibly BTS, being faced with an alleged black ocean from Exo fans. Following the debacle surrounding fansite admin behaviour at the Asia Artist Awards, Exo and their fandom don’t need any more cases of impolite behaviour. Not that I claim to fully understand the intricacies of lightstick ettiquette, or 100% know that a black ocean did take place, but surely we can all figure out how to cheer everyone for their achievements?

To end on a happier note, I give you BTS. I would be remiss of me to not include any performance of “Fire,” the song that was only promoted for one week. The more the merrier! The flame-swinging and giant hoop set ablaze paired nicely with Black Pink’s “Playing with Fire,” which had fiery drummers and mini fireballs. Ironically, I found it all quite cool.

Readers, what were your favourite moments of the 2016 Melon Music Awards? Let us know in the comments below!