When it comes to the genre of hip-hop, there are certain themes that have stood the test of time and have been continuously associated with the industry – authenticity, the rejection of being mainstream and the never-ending fight against commercialization. So it came somewhat as a surprise when Mnet announced in 2012 that it was going to televise a rap reality survival show, Show Me The Money. To its credit, the program did try to stay true to the roots of the genre, with contestants hailing mostly from the underground scene, even if the program was on nation-wide broadcast.

As the seasons went by, however, the program gained momentum and started to see an influx of bigger, more recognizable names, both as producers as well as contestants. While the first two seasons saw the likes of Verbal Jint, GariOn, Mad Clown and LE of EXID, the latter two seasons had attracted much flashier names like Jay Park, Zico of Block B, Song Mino of WINNER and Bobby of iKon. This gave rise to unhappy sentiments amongst netizens; many were frustrated that this would detract the program from its original intentions of discovering new rap talent and turn, instead, into a typical variety program vying for ratings, saturated with media play and petty backstage drama. And it is a little saddening how true that prediction turned out to be.

So as Mnet announces the return of the fifth season of Show Me The Money, set to air in May, what kind of season should we expect, and what can Mnet afford to learn from its previous seasons?

The biggest change that Mnet has announced so far is the holding of auditions, for the first time, in the United States. This is one way in which Mnet is trying to not only bring in some fresh perspectives to the program, but also take a plunge into the U.S. market. While this sound perfectly fine, let us just take a step back for a moment and consider how this could possibly pan out. 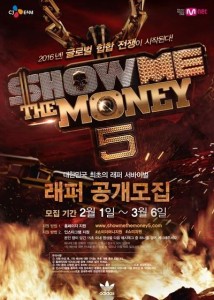 As a South Korean television program, it will be broadcasted in the Korean language and as such, this would open up opportunities for Koreans living in the United States, or really enterprising and ambitious rappers who are not Korean but are extremely interested in the Korean rap industry. Either way, while this is great news for the aforementioned groups, I’m not entirely sure how this is going to change the game, other than creating a larger pool from which contestants can be picked from.

At the same time, given the nature of rap which focuses very much on personal experiences and social commentary, there is definitely going to be a cultural gap between contestants from South Korea and those from the United States. Especially in the later rounds where contestants are eliminated by a live studio audience, failure to communicate due to cultural differences will definitely put the American contestants at a disadvantage. While it can be said that music is universal and language and culture are not barriers, given the emphasis of rap on the cleverness and wit with which rappers craft their lyrics, I’d say this is going to be a substantial problem.

In terms of the producers, while Mnet has yet to confirm any names, San E for one had previoussly stated that he would not be returning for another season of the survival program. Having been on board for Seasons 3 and 4, it comes as no surprise that San E has decided not to continue on in Season 5 even if he was given the opportunity, particularly given the controversy surrounding the Blacknut and Hanhae incident in Season 4. While it was no doubt unreasonable for Verbal Jint and San E to request a retraction of their previous decision, this could perhaps also be a  learning point for Mnet, too. Yes, drama is entertaining and brings in the ratings, but in a competition, there has to be at least a minimum level of sportsmanship. Dirty underhanded means undermines the entire premise of the program. 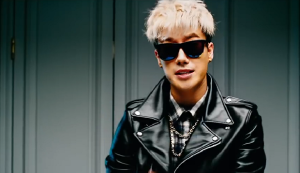 Another learning point from the previous seasons that Mnet should perhaps take into serious consideration is the manner with which the episodes are being edited. Throughout Seasons 3 and 4, the program had been called out for its frustrating editing, misleading viewers and focusing not on the stages but on the back-stages instead. Also frustrating was the way in which the female contestants were being portrayed through the editing. Surely not all talented rappers are male? Editing is, after all, the key to telling a good story and hopefully Mnet steps up its editing game this time round.

All these grievances aside, however, I am excited for this new season of Show Me The Money. If previous trends are anything to go by, we should be expecting just as many – if not more – idol rappers as underground rappers. Though hip-hop culture is often about grunge and being underground and being cool, making for a contradictory stance given that the program is becoming increasingly mainstream, if it is through such a medium that a wider audience can be reached, surely there are more benefits than ills to it. After all, music is meant to be communicative. Furthermore, given the flak it has received over the past two seasons for excessive media play, I am hoping that Mnet allows the music to take centre-stage this time around; and if they can commit to that, I am keeping my fingers crossed for a solid season come May.

What are your predictions for the fifth season of Show Me The Money?