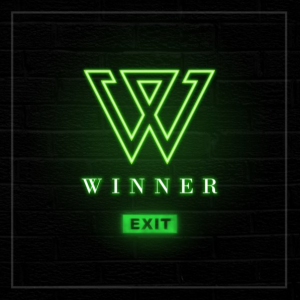 With the release of three new music videos after a long hiatus, WINNER has a lot to prove. Not only do they have to live up to expectations, but as a boy group from YG Entertainment, they have to distinguish themselves from the huge shadow cast by Big Bang. Although they have already set a tone for themselves with their previous releases “Empty” and “Color Ring,” WINNER’s EXIT Movement is a great opportunity for the group to cement their mature, mellow style onto the K-pop industry.

Not only does the release of E accomplish this, it exceeds expectations. The five members, mostly Taehyun for E, were heavily involved in composing this album to ensure that it had their thumbprint on it. WINNER continue with their soft rock/ballad style, while still being able to show musical variety in each of the songs.  One of the most unique sounding songs is “Baby Baby.”

Artists like Taeyang and Lee Hi participated in a cover project for the song, which built up a lot of hype for “Baby Baby.” Now that it’s been released, reactions from fans have been nothing but positive. While “I’m Young” is a soft ballad and “Sentimental” is a more upbeat song with the familiar melancholy feel, “Baby Baby” establishes the chill sound that we associate with WINNER.

With an old school soft rock feel, “Baby Baby” mixes in elements of soul music. The song is about the feeling of loneliness and the desire to be with somebody whether that be friends, family, or a significant other. The music video opens up with footage from WINNER’s actual speech during the 2015 Melon Music Awards playing on several devices and televisions. Just from this opening sequence, we are emotionally hooked in. By brilliantly using real footage, the viewer becomse more emotionally invested because now we know that we aren’t going to be watching fictional characters — we’re going to be watching WINNER go though what are probably real life experiences. This is apparent when we see Taehyun in the next scene walking out with cameras and reporters all around him.

In the music video, each of the members deals with feeling alone in their own way. Jinwoo drinks his sadness away at the bar. Seunghoon and Seungyoon seem to party their emotions away. Mino deals with it by sleeping with a woman, but we see that it doesn’t satisfy him emotionally. This dissatisfaction is also expressed in the lyrics: 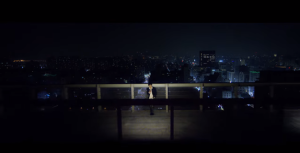 For Taehyun, it’s a little more interesting. Upon first watch it, it seems very simple; he’s just a lonely guy like the rest of them. But then you see his flashbacks of “I’m Young.” And at the end, Taehyun rolls his suitcase along with the sound of an airplane flying by.

The story might be a little simple, but it’s the amazing use of cinematography to tell that story that makes this video worth watching. The cinematography is used as an element to portray the ongoing theme of loneliness. In the beginning of the video, we see a moving drone shot of a city eventually revealing Seungyoon in a wide shot having a drink all by himself above the city. It’s an absolutely beautiful shot and it effectively establishes the feeling of loneliness by showing us how tiny we can feel when we’re alone.

Another excellent use of cinematography is the wonderful use of vivid colors and contrast. By using colors, the video is able to convey the theme of isolation throughout the video. Most of the time, the boys are not lit very much, and when they are lit, the rest of the background is dark. Using fluorescent colors really separates them from their surroundings making them look even more secluded from everyone else. It’s also very alluring to the eyes creating a very appealing video to watch.

The song is perfect to listen to at night if you’re alone or just feeling down. WINNER has stated that the message they wanted to show was that if you’re feeling alone, just know that you aren’t the only one; there will always be someone there with you. This foreign old school sound combined with WINNER’s modern sensibility in the music video makes “Baby Baby” the perfect remedy for anyone who’s alone. This is a strong comeback for them and it’s going to be really difficult to top this release.

What are your thoughts on WINNER’s “Baby Baby?”