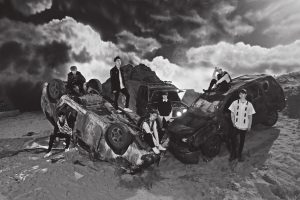 Got7’s recent success with Flight Log: Turbulence — as seen by their debut at number one on Billboard’s World Albums Chart and their four wins on music shows — shows their local and international popularity with a strong and loyal IGot7 fandom. When taking a closer look at the composition of the whole fandom, it appears that the group has a strong international following, perhaps even stronger than their local Korean fanbase. Considering also the group’s achievements, how did Got7 find their way to international success?

First, and perhaps the most obvious, the members of Got7 are crucial in their success overseas. The group has three international members:  Mark from the US (although technically, he is Chinese-American of Taiwanese descent), Jackson from Hong Kong, and Bambam from Thailand, and four Korean members: Jaebum, Jinyoung, Youngjae, and Yugyeom. The diversity of the group easily wins over many fans from these members’ home countries. It also helps that the foreign members can communicate fluently with international fans in their respective home countries’ languages, eliminating the often-frustrating language barrier for international fans. In their North American leg of their Fly tour, they did not require a Korean-English translator, which really improves the intimacy between the group and their fans. IGot7s may feel a greater connection to the members as fans can directly communicate them, potentially leading to a greater and stronger fandom. The group can also appeal to a wider population around the world. 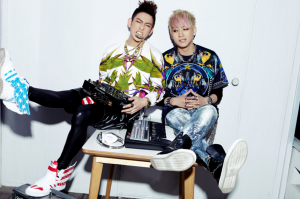 Second, the company that the group is a part of also plays a significant role in paving the way for success. Seeing as Got7’s label is JYP, one of the top three entertainment labels in Korea, it is possible and even likely that some fans became fans by having trust in the artists of the company by being a fan of another artist under the label, like 2PM, Miss A, and Twice to name a few. In addition, Jinyoung and Jaebum debuted previously as JJ Project in 2012, so loyal fans of or those interested in the duo may take notice and support Got7, ultimately earning them a larger fanbase and greater popularity.

Moving on to the aspect of music, many of Got7’s releases appeal to Western tastes. For example, their latest title track “Hard Carry” features intense and prominent synth lines, strong bass, and a powerful beat, common features of Western hits. The chorus is also highly catchy and combined with the bits and pieces of English, it is bound to stick to listeners’ minds.

Finally, Got7 is highly exposed to the general public and is accessible to fans by means such as broadcasts on V App, participation in variety shows — both in Korea as well as internationally, as well as presence on social media. On V App, they have recently started their new variety show Hard Carry in collaboration with Mnet in addition to the existing programmes Real Got7 and Got2Day, a series where two members chat freely. Their frequent uploads combined with the accompanying English subtitles courtesy of V App make them easily reachable and understandable by fans from all corners of the world. Got7 also actively participates in variety shows like Weekly Idol and Running Man to name a few, which allows them to maintain their relevancy and popularity among the public. 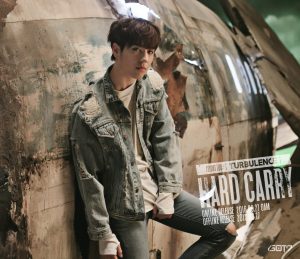 Yugyeom also recently participated in and won on Hit the Stage, and Jinyoung will be acting in the upcoming drama The Legend of the Blue Sea with Jun Ji-hyun and Lee Min-ho, which could potentially gather even more attention to the group. In addition to having a group Twitter account, members also have individual Instagram accounts and most post regularly, sharing moments of their lives. For fans, this increases the closeness of their relationship, as they can really get to know their favourite idols’ lives. In fact, members posted grateful thank-you messages to IGot7s after each and every win, showing that they remain humble and thankful to their fans’ support. Jackson, in particular, even posts in three languages for his Korean, Chinese, and English speaking fans! This admirable, down-to-earth, and approachable attitude is definitely an appealing factor for the interested to join the fandom.

In conclusion, it is many of these features that help groups like Got7, Twice and even BTS (although they do not have any foreign members) to achieve international success. Got7’s great exposure to the public bolsters their strong popularity as they can maintain their relevancy and keep even non-fans interested in their current activities and releases. Additionally, the group’s diversity and active outreach through music, social media, and personal variety shows really boosts the strength of their fandom. Got7, let’s keep flying high!