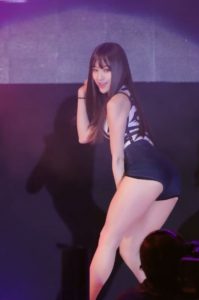 It is being reported that the number of Taiwanese tourists visiting South Korea has tripled since last year — and that part of this rise could possibly be attributed to the ‘Tzuyu Effect.’ While the Twice maknae had a rough start to 2016, incidents like her accidental hair flip going viral has definitely helped raise her profile — and likely that of K-pop, too. We’ve also seen other idols gain widespread recognition and become hot topics, like EXID‘s Hani, G-Friend and Crayon Pop, to name a couple.

This week, we spend some time musing on these idols, and ask: What makes an idol trend? Does attention given to trending idols help K-pop? And what are some of your favourite trend-dol moments?

Mark: Based off of the examples provided, I would say one of the main determinants is gender. Aside from the ones mentioned, Hyeri‘s stint on Real Men and Sana‘s “sha sha sha” also fit the mold. Why is it that it’s mostly females who are trending? Are there any examples of male idols who have this mass effect?

The answer may lie in the way idols are marketed based on gender. Male idols are specifically marketed towards the fandom, meaning specifically towards heterosexual females. It’s not that male idols don’t possess trend-like qualities (after all, a trend-like quality can be literally anything), it’s because they don’t have enough mass appeal in order for these qualities to gain viral traction outside of their fandom.

Female idols, on the other hand, are marketed towards both genders. As much as they appeal to their heterosexual male fandom, they also appeal to a mainstream audience through their work as endorsement models. The names we mentioned — Tzuyu, Hani, Hyeri, and Sana — are highly demanded endorsement idols who are constantly in the public eye. Hence, every little thing they do is observed under a microscope and the tiniest action from a flick of the hair to a twitch of the nose has the potential to trend. 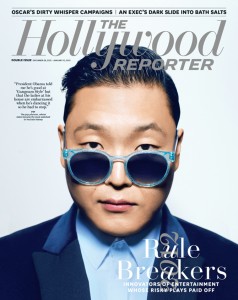 Whether or not it helps K-pop, this sort of trending is something that is specific to the genre. In what other industry are celebrities held in such high regard that the tiniest of actions of a few fleeting seconds can cause a nation of people — and its countless virtual residents — to erupt with excitement?

Madi: It’s hard to say “what makes an idol trend” because a lot of the trending that has happened has been seemingly unintentional. I’m sure Tzuyu didn’t plan the archery hair flip, G-Friend didn’t plan a game of slip and slide on the stage, Hani more than likely did not plant someone in the crowd to take a fancam of her, and PSY didn’t rig the world so “Gangnam Style” could be earwormed.

But you know what, it may work better this way than something that comes off intentional. For example, Weekly Idol‘s segment of a dance at twice the speed. Apparently a lot of groups trend because of that particular corner. And sure, a lot of people watch it because it’s exciting see how well an idol can dance under a”strange” circumstance, but it’s planned so it draws a crowd because people expect it vs. it’s being on a “what happened” basis. So people may watch it once or twice and the thrill is done and gone.

But on the flip side of women, males trend at well. It’s become a running joke in a way that EXO‘s Xiumin trends by breathing alone. He’s one of the idols that doesn’t have to do much for his name to suddenly be trending on Twitter or Naver.

I actually think that the reasons idols trend are because they are in fact held in low regard, thus making their skills and achievements seem even more impressive. WJSN‘s Cheng Xiao became a trend after her gymnastics routine at the Idol Athletics Championships. Part of that was because it was a damn good routine, but it was also because, as a non-professional, that level of skill was not expected. So when she surpassed our tempered expectations, we were amazed and cannot stop talking about it. 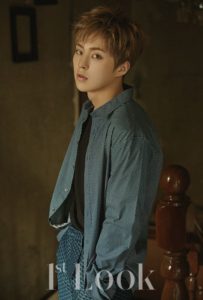 I think this also plays into Madi’s observation about the double speed dance corner on Weekly Idol. Because it’s planned, and we’ve seen it done successfully before, our expectations are gradually raised, and it becomes harder to exceed them. The only way to make a splash in that case is to either go over the top in the performance (like performing at quadruple speed), or to subvert expectations and be so incredibly bad at it that it shocks everyone into paying attention.

Another aspect is the effect an innocuous but positive moment has in uplifting us. And in the day of the internet, it doesn’t take these winning moments to spread to all corners of the globe. Tzuyu’s hair flip is one such moment, and G-Friend’s story was shared around the world as one, too (even if I disagree with that sentiment). “Gangnam Style” was seen as a similarly fun moment, though the undercurrent of racism cannot be ignored.

But I don’t think this is a uniquely Korean thing — just look at the rise (and fall) of Ken Bone. I will concede that G-Friend’s efforts went viral partly because it highlighted the Korean work ethic. But the celebration of a fellow country person going viral and gaining attention in the US, I mean, internationally, is something that we see in a lot of countries. Australians were so embarrassed when “Fancy” topped the charts.

As for my favorite trend-dol moment, I have to go with Crayon Pop’s rise. What I loved most about this trend is that it was spread by other idols — a lot of us K-pop fans came to discover “Bar Bar Bar” because we saw our faves doing the pogo stick dance.

Qing: In some way trend-dols are also connected with how they perform on variety shows, like Jackson and Kangnam. But Gaya, it’s interesting that you pointed out how G-Friend rose to popularity because of their work ethic. Jackson is one of my favorite trend-dols, not just because he is so funny, but because he put so much into effort into being funny so that his viewers can forget their worries for a moment. He has so much heart, and it shows. 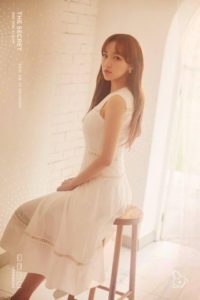 I’m not always certain the phenomenon of trending idols is a good thing, especially when it’s based off qualities like looks or chance incidents. But it’s always heartening to see some stars being publicly recognized for doing good. If we take it outside of K-pop, actors like Lee Dong-Wook, Song Joong-ki, and Park Bo-Gum have also trended for their kindness. These instances could have lasting positive effects on public consciousness and values even if the attention has shifted to the next It idol.

Mark: Gaya makes a good point. Idols are really pretty! And pretty people tend to trend based on lowered expectations because it’s unfair that they be that visually and skillfully talented at the same time.This goes beyond just trending, but it’s true of every aspect of K-pop especially those pertaining to musical talents. Idols can be good singers, dancers, and rappers but do we hold them in such high regard because of our lowered expectations. I don’t know if I’m saying it correctly so I’ll just let this quote do it.

“Watching y’all fit and quarrel, I can’t help but feel some pity. The only reason you’re popular is cause fangirls think you’re pretty.” — Rap Monster

With that said, my favorite trend in recent memory is definitely Cheng Xiao and the array of insane acrobatic moves she puts on display. And did you see the way she destroyed the rest of the competition in rhythmic gymnastics? It’s like the ISAC created that competition just for her!

And that’s it for this roundtable. What about you, readers? What do you think qualifies a trending idol? Sound out below!