Despite what many think, there are more types of love songs than just the silly ones. Some love songs aim for passion, some aim for toxic, and some aim for devotion. Today, we’re looking at K-pop songs that showcase devotion; more specifically, songs that take their cues from the “ride or die” mentality.

“Ride or die” is a phrase used to show how dedicated a couple is to each other: they will either do anything and everything for each other or die trying, no in between. Furthermore, “ride or die” carries a bit of an outlaw connotation. It’s often seen used by people who, through criminal activities or simply rejecting societal norms, lead dangerous lives that render “die” a very real possibility. As such, the “ride or die” mentality is not just two people devoted to each other, but two people who are utterly devoted to each other while fighting a world that wants to destroy them. The classic example is Bonnie Parker and  Clyde Barrow, with a more modern example being Dom Toretto and Letty Ortiz from the Fast and Furious franchise.

The influence of Bonnie and Clyde on our first song is rather obvious, as they’re what the song is named after. Dean‘s “bonnie and clyde” is a tale of one-sided devotion, with Dean laying out how strongly he feels, while the girl in question less involved.

Dean pleads for his girl to allow them to be as devoted to each other as Bonnie and Clyde, asking who really cares about them, their relationship status, and even their lives. Dean is pleading with her, invoking the societal outcast outlook as he does so. He wants her to be his until they die, because he’ll be hers until then. Dean’s numb lyrics place the focus of the ride or die mentality on the tragedy awaiting two people against the world rather than the love involved.

A more equal take can be found in G-Dragon’s “Ride Or Die”, featuring Lydia Paek. “Ride Or Die” is an oddly tender duet, with both partners showing an equal level of devotion to each other. Lydia takes on the more sentimental chorus, declaring her unending love for G-Dragon no matter what they face, like Dean. However, unlike in “bonnie & clyde”, the devotion is repaid in full, with G-Dragon’s first lines being “You are my joy”.

We ride or die, You’re Bonnie, I’m Clyde
There’s no tomorrow for us tonight

G-Dragon also invokes the imagery of Bonnie and Clyde, but with a very different context. Here, the focus is on the strength of their relationship. They might very well die the next day, but here, death is seen as preferable to life without each other. The result is a very tender, almost sweet take on the idea of ride or die. 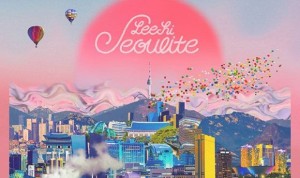 The final song up for discussion is Lee Hi and Dok2‘s “Fxxk Wit Us“. Unlike the other songs on the list, the phrase “ride or die” is never used, but the attitude is clearly present. Lee Hi openly states that the world has turned on them, painting them as outlaws from a world that doesn’t understand them.

This is further highlighted with the bridge, with Lee Hi’s lines of “All I need is you, baby, fuck the world/ As long as your my man, baby, I’m your girl.” Lee Hi and Dok2 are facing down against a world that is constantly trying to change them, their only solace and strength being found in each other. As with other ride or die songs, they are everything to each other, and it is that devotion to each other that gives Lee Hi and Dok2 the courage to tell the world to fuck off rather than crumbling underneath the weight of expectations. If they were alone, they wouldn’t be outcasts.

The idea of “ride or die” is simultaneously romantic and tragic. That type of unbreakable bond is the ideal of romantic relationships, having one special person who will always be by your side. On the other hand, it’s tinged with tragedy, as two people set against the world almost always lose. Yet either way, it’s a very powerful  and inspiring way to live.