Roundtable: Shows We'd Like to See Remade in Korea 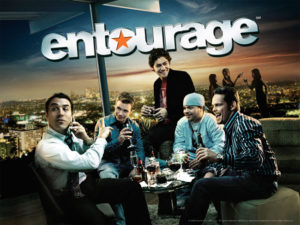 tvN recently released stills from the set of their newest drama, The Good Wife. And no, that name isn’t coincidental: this will be a remake of the well-known American series starring Jeon Do-yeon (Lovers in Prague), Yoo Ji-tae (Healer), Yoon Kye-sang (Last) and After School‘s Nana. tvN will also be producing a Korean version of Entourage, with a cast that includes Seo Kang-joon (Cheese in the Trap), Cho Jin-woong (Signal), Park Jung-min (Reply 1988), Running Man‘s Lee Kwang-soo and f(x)‘s Amber.

Dramaland isn’t new to remakes, having recreated shows from other parts of East Asia; but taking from American TV is a new move in the remake game, especially considering the different show structures. Still, these new remakes open up a world of possibilities. What non-Korean TV shows would you like to see reincarnated as a K-drama? Who would you cast?

Camiele: COUPLING (the original UK version)! I didn’t even hesitate! This needs to happen, and I need to see a show that gives an inside look at what Koreans are really all about in their relationships and not the cheesy, cloying sweetness of 99% of Korean-produced rom-coms. I’m envisioning Ji Sung as Steve, Lee Kwang-soo as Jeff, Gong Hyo-jin as Susan, Yoo Ah-in as Patrick (he could so pull off the sexy and conceited yet completely clueless schtick, sort of like his role in Antique Bakery), and I’m actually seeing Nana as Jane (she’d have to be cool with being promiscuous and openly and ragingly bisexual), and Han Jimin or Song Ji-hyo as Sally.

This would just be too hilarious to me. And, come on. Who wouldn’t want to hear a few quips about Yoo Ah-in’s “Junior Patrick” (or see how large the box is)?

Erianne: This may sound lame, but I actually want to see a possible re-make of Supernatural only because I think a drama sans cheesy romance about South Korean folklore and mythology would be interesting to see. As for actors, I really don’t know. I’ve always pictured Sam and Dean as Jensen and Jared so it’s kind of hard for me (maybe some of you guys can throw in a couple of possible actors for these roles). However, for the role of Officer Jody Mills, I think Ye Ji-won would do her justice. As for Bobby Singer‘s role, I’m going to have to go with Sung Dong-il because he just has that comedic and wise drunkard/fatherly vibe to him that you really can’t get tired of watching. 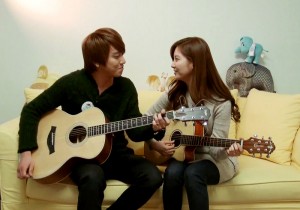 Gaya: At first I was going to suggest Australian TV show Utopia; but the setting of a government body may not fly, so I’m going to suggest The Office instead. It would tap into the interest in shows about office culture (which was part of why Misaeng was so successful), but with a comedic bent that many people may find enjoyable, even soothing.

A show that I would absolutely love to see remade, though, would be unREAL, but based on celebrity dating shows like We Got Married and The Romantic and Idol instead of The Bachelor.

Laverne: As a fan of The Good Wife, I’m very, very hesitant about this remake. It raises so many questions: will the Korean version be several seasons long or just one? Will they try to recapture the same tone or make it unique? Or will they pull a Cheese in the Trap?

That said, there are some other shows that I can see being successful (and good) as Korean remakes, the foremost being Empire. Empire has many similar dramatic elements that are already present in Korean chaebol dramas — egotistical patriarch, dysfunctional family dynamic, and constant scheming. The fact that there are musical numbers only helps the current trend of shoehorning idols into everything.

Of course, finding an actress that can fill Taraji P. Henson‘s shoes would be a tough endeavor but the overall plot of Empire is something that fits perfectly into the K-drama world.

I also wouldn’t mind seeing Outlander remade, too. While there have been time traveling saeguks before, one that followed the plot of Outlander would provide interesting moral dilemmas for the heroine.

Lo: I think the shows I’d love to see remade are higher concept shows, to see how two cultures can reinterpret the same premise. Therefore, the number one show I want to see a Korean take on is Leverage. The con and heist show about a team of professional criminals who start using their skills to defend the little guy could easily be molded to any environment. Really, anyone could play a role, because the criminal stereotypes the team was based on shift from place to place, although I’d love to see Lee Min-ho as a grifter/ world’s worst actor.

Pat: Like Laverne, I’m wary of The Good Wife remake. The first two or three seasons were so, so, good and I shudder to think of how they will capture that same essence. Will their Alicia and Will also have their love affair, all while Alicia is still married to Korean Peter? Will the Korean Khalinda still be badass? Meanwhile, I’m fairly confident that Entourage will be easy to adapt.

As for the Western drama I’d like to see adapted, I second the Empire mention and add Friday Night Lights to the mix. Having only watched several episodes, I admit I can’t give the full scope of anything. But I think it would make for a great family drama revolving around sports. Instead of a high school American football team, it would be a South Korean high school rest-of-the-world football team. And because there is a need of high school aged actors and actresses, then we could also have those child actors in as well.

Instead of, you know, having barely legal (if not legal at all) former child actresses have to be love interests of a late 20-something male.

Gaya: Nah, you know they’ll Dawson cast older guys as the male students, while keeping Kim So-hyun and co. around.