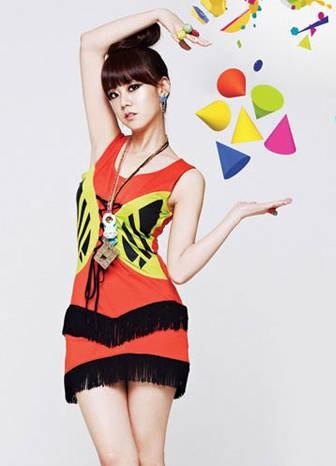 The latest of SB Mixtape is the product of one of my loves (K-pop) colliding with another — Euro-pop.

We talk extensively about the American musical influences that have manifested in K-pop — especially with the trend towards Hip hop and R&B. However, European music from the ’60s and on has also left an indelible mark on K-pop. Even without the European songs bought into the industry, and the European songwriters brought in, the sounds that comprise Euro-pop are ubiquitous in K-pop.

This mixtape barely scratches the surface of Euro-infused K-pop. While a range of groups and styles are covered, the fact that I could not include all of Orange Caramel‘s discography feels like a travesty. The same could also be said for T-ara, Infinite, Kara… Basically anyone who’s worked with Sweetune.t

At this point, I also have to say thanks to both Lo and the sticky note that has been on Laverne‘s desk for a year or so. Their suggestions make a sizeable chunk of this list, and I look forward to what they have in store for future Euro-poppish mixapes — because with this many songs, there have to be more playlists.

With Eurovision right around the corner, my own excitement for the event is mounting. Having created a tradition of not listening to any of the year’s entrants until the live shows, I have been seeking other ways to sustain me until May 10. Reliving the glory of past years has been one way (I am Milan Stankovic trash); and this playlist is about to become another.

Readers, how fond are you of Euro-pop and its influences? Are you looking forward to Eurovision?