GOT7's "Flight Log: Departure" is an Album of Love 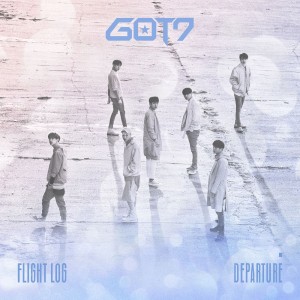 If you want an album you can listen to in the car, in the bath, while cooking, doing chores, or just laying about thinking about life – GOT7’s latest Flight Log: Departure is that album. It feels as though the gentlemen of GOT7 have finally found their own voice and aren’t they enjoying it. While they’ve always sounded spectacular and put together, Flight Log: Departure showcases a more mature side of both their music and their singing.

Perhaps it has something to do with how much the members themselves contributed to the album. While the title song, “Fly”, did not have very much influence from them, the rest certainly did. Junior almost single-handedly created the second song, “Can’t” – lyrics, music, and production. JB wrote lyrics and music for “Fish”, “Something Good”, and “Home Run”. Youngjae created “Rewind”. Yugyeom and Mark wrote the music and lyrics for “See the Light”, with Mark and BamBam producing, while BamBam also worked with JB to produce “Something Good”.  Lastly, “Beggin’ On My Knees” was written for them by their good friend YoungK of Day6.

The songs also create a very cohesive product all together. Compared to many K-pop albums where songs are purchased from many different writers and have a more eclectic feel, Flight Log: Departure simply flows cohesively from one song to the next. Put it on repeat and you’ll have a tranquil unending rise and fall of breathtaking vocals and wondrous beats. 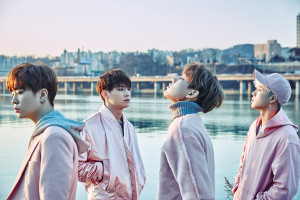 For some, the general feel of the album might be too quiet or too calm, but it was just right for me; something I hadn’t realized I’d been looking for. It fits with the theme of the album as well. All of the songs’ lyrics flow together just as seamlessly as the music does to tell the day to day story of blossoming new love – sometimes exciting, sometimes frustrating, but always optimistic and light-hearted.

“Fly” starts off the album as an introduction to the exciting world of new love and what might be in store for the happy couple. It has an upbeat and optimistic feel and the image of flying it portrays musically helps propel the listener into the rest of the album.

Every morning I wake up it feels like a dream,

Sometimes I wake up cause I can’t believe it’s true.

You know what it means, feeling scared sometimes…

Don’t know what’s at the end until we get there, so don’t let go, hold on tight.

Wanna fly with you in my arms, will you go with me girl

You and I, our dreams are right here blazing inside me girl 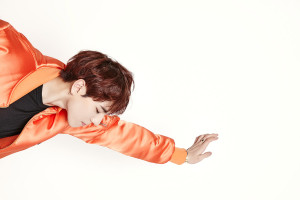 The next song, “Can’t”, takes a step back in time to when the boy first met the girl. It has an almost retro feel to it, really giving off the feeling of stepping back and beginning a story of times past. Junior starts off, “This is bad. I saw a woman as if she were in a spotlight”. Then they go on to sing about how they’re completely ready to take the risk, to take the jump into this love. “I’m afraid to lose everything I have to you, but I don’t think about being frightened… If you’re ok with me like this I will throw away everything and come to you”.

The refrain of “you are the one”, from “Can’t” is repeated over and over throughout the other songs’ lyrics. It’s the entire theme to “See The Light”, and follows up in the remaining songs as well. “See The Light” is certainly the most stereotypical love song on the album, and the lyrics lament how the girl is so pretty that all the boys go crazy, including this one.

This theme flows seamlessly on when “Fish” jumps in with more emotion, both lyrically and musically, to complain about how much attention their girl is giving back to other guys. Our gentleman is only one of the large group of men in her ‘fish tank’, and he wants so badly to be more. From Jackson and Bambam’s beginning rap, to JB and Youngjae’s soulful “oooh baby” and the electronic chorus of “la la la, I fall into your fish tank”, this is a fascinating song showcasing much more emotion than the songs that came before.

They’re nothing, so why are you paying attention to them?

Your phone rings all the time,

All I can see is the top of your head.

Stop and put your head up and look at my face.

Don’t be embarrassed and look at my face. 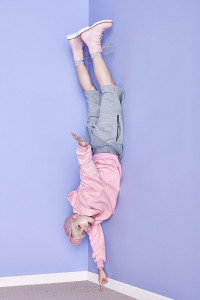 The attraction ramps up with “Rewind”, hitting hard from the beginning with a sizzling electronic intro and perfect use of background music (including the actual sound of rewinding) to add to the emotional confusion and turmoil. The girl is starting to respond to the boy’s advances, but is still playing hard to get, and by the time “Beggin’ On My Knees” comes around, he’s in way over his head. “The closer we get the faster we run… All I want to do is see you all the time”. While the lyrics to “Rewind” are a bit more confusing, sharing both the feeling of getting closer together and at the same time being ignored by the girl, “Beggin’ On My Knees” is much more straightforward.

The more I try to approach you

You take a step back just enough,

so that I can’t reach you.

It’s not like you make me give you up completely.

Got me beggin on my knees.

You push me when I come to you,

You pull me when I’m tired,

You’re torturing me with hope and playing games,

Beggin on my knees. 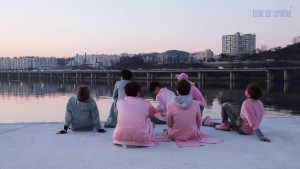 “Beggin’ On My Knees” also reaches a musical breaking point, being by far the most excited, fast-paced, EDM heavy song on the album. It is, in fact, quite ‘bangin’. When we come down again musically into “Something Good”, it is to showcase something very good. The romantic relationship between the two has finally settled into something joyous, and GOT7 sings, with an upbeat melody again, about how beautiful and happy they are and how special and tender-hearted their girl is.

When you look at me and smile,

I somehow start to smile with you.

When I walk following your footsteps,

It’s so good because the footprints are left in my mind.

It’s so sweet it makes me happy always.

I want to see your pretty face alone.

One day without you, it’s not beautiful,

But if I’m with you everything’s all good.

Finally, we wrap up the album with “Home Run”. Unfortunately some of you may not have heard this song yet, since it wasn’t released with the rest of the album online and is only available in the physical copy. Yet if you look hard enough for it, you can find the audio floating around (not condoning piracy, of course not). 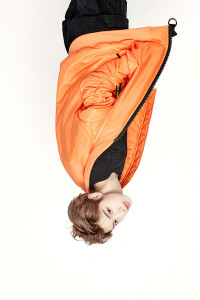 I highly recommend purchasing the full album or simply tracking down “Home Run” and listening to it after the rest of the mini because the album doesn’t feel complete without it. I haven’t been able to get hold of a translated version of the lyrics, but if they at all follow the trend of the rest of the album and the feeling of the melody of “Home Run”, then I’m sure they’re wonderful. Given the baseball reference, I can infer that they’ve made a ‘home run’ in love. “I feel so fly”, also brings us full circle to the first song which stands out as the introduction to the story afterall. Where “Something Good” gives us the beginning of a happy ending, it’s “Home Run” that really solidifies that happy, contented feeling musically and gives the true closure that the album needs.