Mamamoo's First Album will have you "Melting" 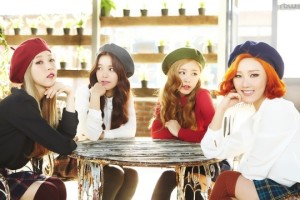 After a couple of years on the scene, Mamamoo have come out with their first full-length album, Melting. Ever since their MV for “1cm (Taller than You)” dropped, it was clear that this would be a unique album. With Melting, the members have stuck to their trademark retro sound, but have also demonstrated their clear growth as artists.

The album begins with the quirky and entertaining “1cm (Taller than You)”. The song is an indirect nod to the 90s and early aughts sound of Eminem and his peers. The lyrics are playful, something which the group retains throughout the album, and also demonstrates that the group has a range of skills rather than just comprising of three vocalists and a rapper.

After this very eccentric intro, the album turns down the path that Mamamoo is known for, and that is one that taps into the 50s and 60s girl groups and swing scene. “Words Don’t Come Easy” instantly gives off a sultry and sophisticated feel, tapping into the lounge music genre, with Hwasa’s raspy voice being a stand out. The addition of Moonbyul’s more upbeat rap is also a fantastic progression in the song. 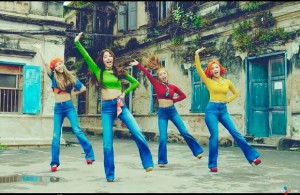 Against this sophisticated and smooth backdrop, the title song “You’re the Best” falls flat. While a catchy song, it fails to be particularly memorable or original. The lyrics profess having a crush on a man, which is nothing particularly unique. The song does, at least, reiterate Mamamoo’s trademark look and sound, which is important for solidifying the group’s image in the minds of the public and maintaining their niche source of popularity. The chorus is easy to sing along with and the girls make sure to reference their debut song “Mr Ambiguous.”

Of course, every album needs a song that evokes images of blissful mornings spent in cafes, and in Mamamoo’s case, this is where “Friday Night” comes in, featuring Junggigo. The song is a perfect light-hearted, R&B/indie jam, ensuring a strong case of the warm and fuzzies. Perhaps the song would feel more intimate, however, if it was just a duo between Junggigo and one of the other members, or if Junggigo’s parts were distributed more evenly to complement Mamamoo’s voices. 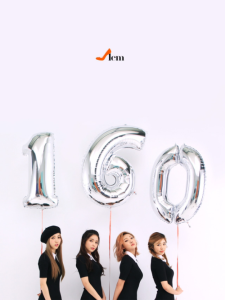 Things remain mellow, or even sombre, in the following “Home”, “Emotion” and “I Miss You”, before picking up with “Funky Boy.” This song’s a return to the upbeat, sassy Mamamoo that we know from the majority of their releases. From here, the album continues towards its conclusion on a high, with the adorable old-timey “My Recipe” being another highlight. The lyrics are quiet and simple, simply talking about the different ways to toss together ingredients such as ham, kimchi and fish. The looped bass instruments that play in the background are guaranteed to get stuck in your head, a serious throwback to the 50s. “Cat Fight” also plays into the same sound of its preceding song, giving off a trot vibe that could be used in an onstage musical.

The album ends with a punch with”Girl Crush”, with its lyrics being sure to become an anthem for fans. The girls basically list all the things they love about themselves, and the straight-forward way they live their lives. This song is also a clever bit of fan service, as the members recognise their status as “girl crushes” in the eyes of many fans.

Melting is a brilliant first full-length album as it manages to play to Mamamoo’s strengths, whilst also including a variety of songs that don’t just stick to the group’s comfort zone. The album utilises sounds from the 50s and 60s as well as the classic R&B vibe of the 90s. Doing so allows the members to show their full range of talents, and also demonstrates that they are now a serious player in the industry.