The Deal with Glocalizing: Just How Far Can SM Go with NCT?

In a recent, almost Apple-like launching event at SM Entertainment’s Coex Atrium, SME founder Lee Soo-man announced the company’s latest idol group project — Neo Culture Technology or NCT. The name, albeit sounding like a fancy tech company, is actually the umbrella name that would serve to identify the numerous boy groups which SME will be producing throughout the course of 2016. The purpose of which is to maximize global marketing — an optimization of Lee Soo-man’s cultural technology principle which in the longest time has served as the backbone of the Korean pop industry.

Before we get into the nitty-gritty of NCT, let’s do a little backgrounder on what cultural technology is all about.

The concept was mainly popularized by SME’s Lee Soo-man and has been the very foundation of the factory-like, K-pop idol star system. The main focus of such principle is to bring forth K-pop into the global market and to maximize its potential to be consumed and appreciated by possible fans from all over the world. Enter the notorious star system which, as you may already know, first and foremost involves auditions and scouting of potential K-pop acts. This is then followed by years of training and eventually the very much long-awaited debut.

Post-debut, these K-pop acts would then branch out of their respective idol groups and team up with other K-pop idols for collaborations (cultural technology’s phase two) and then soon have to venture outside the South Korean market through international partnerships and promotions by virtue of glocalizing, a practice that calls for the rebranding of  a product to fit the targeted local region. We see this happening whenever idols debut in Japan or in the U.S. in which English or Japanese versions of their songs are produced.  This last venture serves as the final phase of SM’s cultural technology movement. 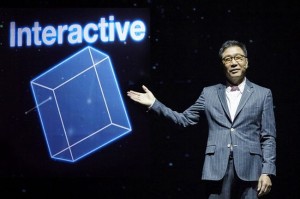 SM Entertainment as a company has fervently subscribed to this sort of concept for many years now and with the launching of NCT — a boy group that has been said to have ‘an indefinite number of members’ all of which would be debuting and promoting in various corners of the globe ,and in those countries’ native tongues nonetheless — one can’t deny the implications this might have on both the K-pop industry and the consumer behavior of both the local and international K-pop fans.

At an initial glance, SME’s plan to create this extensively globalized boy group might sound too ambitious of a marketing ploy. However, if you come to think of it, globalized music is nothing new. Through the advent of technology, specifically that of the internet, everyone pretty much has access to various kinds of music from all corners of the globe, making it a lot harder to capture the focus and attention of possible audiences. With SME’s NCT project, they’re essentially creating a better and more innovative way of globalizing music—a way that might feel a tad bit too manufactured, yet still brilliant when you look at it from a marketing perspective.

For starters, K-pop is no doubt a product of the world music movement, which began in the 1980s. Over time, world music has come to signify the effects of music globalization by virtue of cultural exchange, movement, and appropriation. Korean pop as a genre has certainly undergone these transformative stages by adhering to the fusion of musical genres, styles, and fashions inherent in other cultures, thereby creating the musical hodge-podge that is K-pop. This was then all the more emphasized through Lee Soo-man’s cultural technology process, a means to utilizing the world music concept in a manner of marketing and promotion. 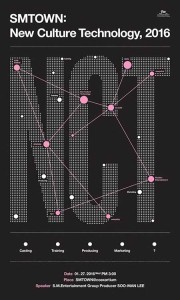 This is why NCT actually holds a certain thrill and promise to it that might be ephemeral; but while it lasts it certainly delivers a sense of novelty that is significantly competitive. The feel of a much closer and much more intimate musical experience is definitely something that NCT intends to bring and for your usual K-pop fan, this is something that is highly-appreciated. This practice is part of global encounter phenomenon, one that highlights the interaction and exchange of cultural information between the two parties involved.

However, one of the immediate concerns of this marketing strategy would ultimately have to be that of cultural assimilation. On an East Asian and Western context, for K-pop to culturally assimilate itself as a music genre is not all that difficult. To begin with, K-pop borrows heavily from Western influences both in the sense of music and in fashion.

As a genre and style of music, K-pop is culturally Western to a certain extent yet somehow still manages to cling on to the principles and the philosophies of East Asia. The East Asian aspect of K-pop is what makes K-pop unique. While the music is a fusion of Western styles like electropop, deep house, and dubstep, the essence of the K-pop industry, the very philosophy that drives it is reflective of a largely Confucian-influenced, East Asian society that deeply upholds work ethic, harmony, and industry.

On that note, to try and assimilate K-pop culturally to Latin America and Southeast Asia might be a bit more challenging. Although K-pop has hit global, it was able to do so because the international fans have so willingly decided to subscribe to K-pop all the while momentarily disregarding their own cultural and traditional backgrounds for the consumption of a foreign media product such as K-pop. Hence, the attempt to create specific boy groups catered to a particular race or nation beyond the ones mentioned above would feel like an almost intrusive entry of a genre that has already accumulated quite the global fanbase regardless of whether or not it was able to produce a Latin American track or a Southeast Asian-inspired MV concept.

Although SM has assured that cultural misunderstandings will be at a minimal due to the measures they’ve taken to properly prep their acts and staff for their global conquest (such as actually releasing a manual listing down the Dos and Don’ts of the respective Asian regions), there’s no denying that NCT is walking on a very thin line of being close and relatable enough yet still uniquely foreign. We all know that they actually mean well by trying to grow closer to the various fans around the world through more localized music, but the problem is that it contradicts what it’s trying to promote. While singing in that country’s native tongue might appear charming and endearing, by the end of the day we all know that these groups are still manufactured and made in Korea by Koreans hence lacking that sense of authentic, home-grown flair that true local acts can carry out. 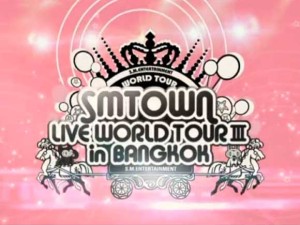 It is on that last sentiment that NCT’s global conquest could actually pose as a threat to the local music scene of the respective countries in which they will be promoting in. Although this might not be the case with Japan and the U.S. (both of which have immensely popular and strong music industries and musical identities), nations from Southeast Asia and the Latin Americas might be in danger of having to pit their local musical acts against NCT. The Philippines, for example, actually has a fairly thriving local independent music scene. Sadly, due to the onslaught of mainstream foreign acts, OPM (Original Pinoy Music) usually gets shoved into the background and remains in the shadow of these overseas musical juggernauts.

The possibilities are definitely endless when it comes to this new idol group project. However, it seems that for all it’s worth, the cons can definitely outweigh the pros. Aside from the aforementioned issue in assimilation, something which could even be mistaken for trivializing the very culture of the region or nation, there’s always the possibility of NCT becoming too much of a hype that might just fall short of expectation especially when it’s a kind of over-the-top K-pop gimmickry that’s only good upon an initial taste. Anyway, we’ll just have to wait and see where it goes. 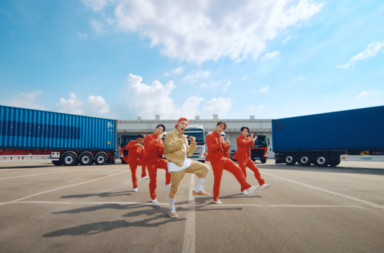