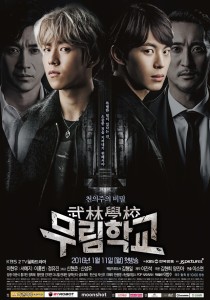 The drama continues in episodes 9 and 10 of Moorim School, with Chi-ang in the hospital after being injured in the previous episode. Shi-woo saved Soon-deok and they meet Sam (Samuel Okyere), the security specialist for Moorim, and Soon-ah at the hospital. It’s decided that Soon-Deok and Sam will stay with Chi-Ang until he’s able to return to Moorim. Meanwhile, Wang Hao’s cronies are attempting to ensure that Chi-Ang doesn’t find out that his father ordered the kidnapping of Soon-Deok while also trying to make sure Chae Yoon doesn’t remember that the person who put him in a coma is Hao.

Here are the most important revelations from these episodes (spoilers): 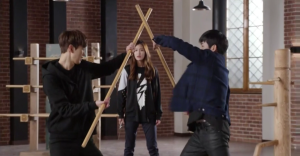 Once again the writers of Moorim School produced two jam packed episodes. It’s become darker with the conflicts between students starting to collide with the conflicts concerning the Chintamani and Juk Poong. Since the situations have become more tense, it’s only appropriate for them to adopt this darker tone. The mildly campy and playful moments that Moorim School frequently had in previous episodes have lessened to the point that it feels like we may no longer see them.

These heavier tones are most prevalent in scenes between Chi-Ang and Shi-Woo. Since Chi-Ang was previously a comedic and light-hearted character, seeing him be serious and angry reinforces the shift in the show’s attitude. Hongbin does his best to convey the anger and struggle that is simmering just beneath Chi-ang’s surface, and for the most part he succeeds. Lee Hyun-woo continues to shine as Shi-woo, expertly portraying his struggle between being a good friend to Chi-ang and his developing feelings for Soon-deok. The only weak spot is when he’s trying to show Shi-woo’s resolve to confront his past. It just is not convincing enough that Shi-woo truly wants to learn about his past; maybe Hyun-woo is trying to convey being at peace, but it unfortunately doesn’t quite work for the show.

The writers have so far maintained the quality 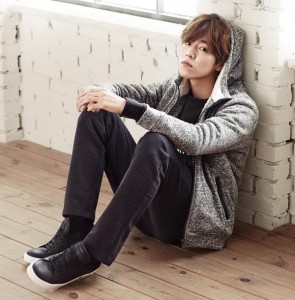 of writing and pacing from previous episodes, though episode 10 felt more rushed. They are approaching the end of the drama and there are still many questions that need to be answered. While they answered a few questions in these episodes, they also introduced new ones. Is Bubgong actually on the same side as Moo-song or is he playing both Moo-song and Wang Hao? How exactly did Soon-deok’s father lose his eyesight and will seeing him help Shi-woo remember more about his past? It will be interesting to see how they manage to explain all this in the remaining 6 episodes without sacrificing the show’s standard. There is a lot that needs to be resolved, and they certainly have their work cut out for them.