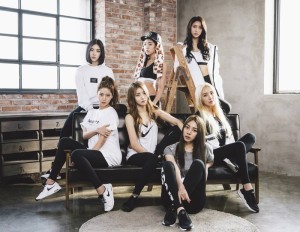 The last time Brave Girls graced the K-pop spotlight was more or less well over three years ago and it was when they promoted their 2012 track “Nowadays.” With other K-pop acts keeping the hands of their producers, the iconic Brave Brothers, busy, it felt like Brave Girls were in it for a long and almost hopeless hiatus. Finally, after ditching their well-pressed suits from “Nowadays,” the girls are back with a smooth R&B track for “Deepened.” This time, Brave Girls have gone under a total reboot after switching up their original lineup of members and opting for a cooler vibe with their song.

Upon listening to the opening of the song, one might more or less instantly associate it with Beyonce’s “Drunk in Love” as it bares some similarities with the beat and rhythm of the chorus of Beyonce’s 2013 hit. The similarities end once the first verse hits you as the song introduces a more prominent piano line that adds a flair of ballad-like drama to the otherwise R&B track.

The minimal yet catchy sound of “Deepened” helps amplify the members’ distinct vocals especially during the first verse as most of the girls sang at least a line or two and showcased what they had with just the second that was granted to each of them. As the first verse closes, the transition to the refrain is smooth and clean and sets up the listeners to a more upbeat chorus that becomes catchy as Eunji sweeps in with the “neon neomu byeonhaesseo” line which she sang during the intro of the song. 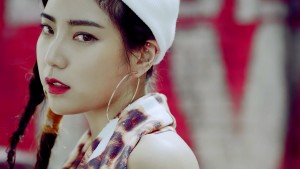 While the first verse focused heavily on the members’ respective vocals, the second verse brought back the song’s edgier vibe from the intro with a fierce rap verse courtesy of Hyeran. Although the vocals-heavy verse was good, this second one definitely reflected what the song was about and that is of the painful and tragic realization that a relationship is heading a rocky path as issues arise over time.

I just wanted you to look at me
I know love changes as time passes
I can feel it too, we’ve changed from before
The difference in temperature, like cooled coffee
It’s not like before, I’m getting more uncomfortable
I’m sick of keep saying
love me harder harder
Your love is always not enough
A little more, a little more
Love me more, please keep going
But you push me further to the edge
Making me sad
You make me lonely, you don’t listen to me

The song and delivery of the lyrics definitely shed light on the notion of immature love that easily changes over time. However, with the music video, audiences are given a much more appealing sight as opposed to the forlorn message of the song. As mentioned, the music video is minimalist as it does away with the usual K-pop aesthetics of being over-the-top and extravagant. 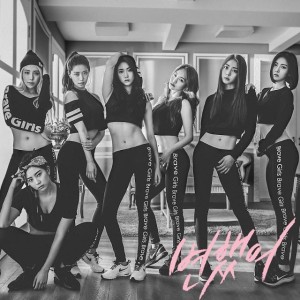 Shot in an urban-like landscape, the girls have traded in their blazers and ties from “Nowadays” for a more comfortable and athletic style for “Deepened.” From trainers to yoga pants, the girls have somehow hopped on to the athleisure bandwagon which has been evident in South Koreans street fashion for some time now. Fans of South Korea’s 1MILLION Dance Studio know that athleisure garb is a definite staple for dancers and it’s no surprise why Brave Girls channeled that sense of sleek street-dancing with not just their attire, but their phenomenal choreography as well.

Since the music video doesn’t really follow a narrative, it instead mimics a one-take cinematography (which BTS showcased with “Dope“) that transitions from each members as their singing part comes up. Meanwhile, the moments in which the video would cut to the random dance sequences were enough to tease anyone for the whole choreography, which to say the least, held an air of fierceness and grace to it that could make anyone cheer, ‘slay, queens! slay!’ upon seeing the entire routine. 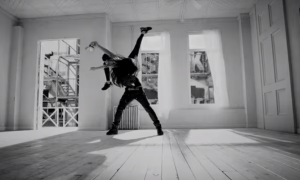 Just like the song, the music video becomes a lot more interesting during the second verse as more shots of the dance routine are revealed. It is also during the second verse that we catch a glimpse of a male artist who dances with Minyoung. The dramatic scene where he tosses her in the air might have been a bit cheesy, but otherwise, it was beautifully shot and it all the more illustrates the story behind the song, that although the female narrator is trying to put on a strong face, in the end she’s still heartbroken and significantly upset by the reality of their fading love.

The last part of the song ends in more random shots of the dance routine and if you’re dedicated enough, one could possibly even piece together all the choreography shots to form the entire “Deepened” dance routine. Just like the video, the vocals become a bit more disjointed in a sense that it wraps up the entire song with random ad-libs backed up by the actual final chorus of the song. 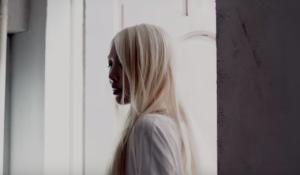 It is during this part when “Deepened” sort of lost its flair which is quite disappointing since the build up and stability of the song was pretty consistent and impressive up until the end of the second verse. Instead of a refreshing bridge and a tight finale, “Deepened” concluded with a lackluster wrap-up which hardly justified the earlier parts of the song. Nevertheless, the music video’s safe cinematography and clean cuts were enough to bring out a rustic and urban aesthetic appeal to the song which it was truly able to carry out up until the video finishes with Yujin symbolically leaving and closing the door of her past relationships in an attempt to genuinely move on.

“Deepened” as a comeback after a rather lengthy hiatus might feel too lacking for some especially since “Nowadays” was a totally glamorous and in-your-face sort of concept. However, while “Deepened” might be different from their heavier hip-hop tracks, it’s definitely a refreshing enough song that gives K-pop fans a much needed break from more obnoxious-sounding tracks. More or less, “Deepened” could have been the appropriate sound reboot to Brave Girls’ overall image reboot. Now if only their producers could finally start giving them the attention that they deserve, the new Brave Girls might just impress the industry with the rest of their 2016 run.