Closing Down the Day with NU'EST's Q Is 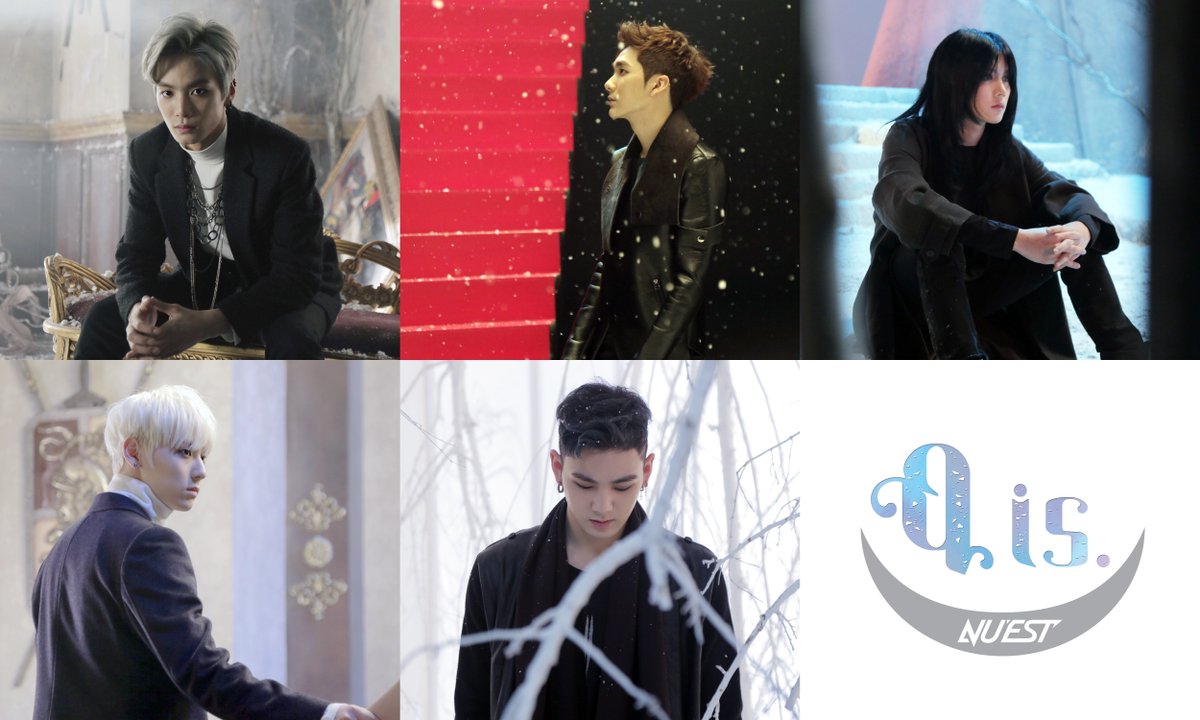 NU’EST, Pledis Entertainment‘s five-member boy group, is finally back with their new mini album Q Is. It’s been a year since their last digital single “I’m Bad,” and almost two years since their album RE:BIRTH, so it’s an understatement to say that the “Urban Electro Band” was missed by their fans.

With this album, we have a healed Baekho, who had surgery to remove vocal cord polyps, and the comeback of Ren‘s long hair — which will always make me wonder if it is because his long hair catches more attention?

The album starts off with “My Heaven,” a song with electronic sounds fitting of a group that deems themselves “Urban Electro.” It begins with a slightly eerie synth melody, then picks up into a dubstep-filled chorus. The song appears to contain a hodgepodge of synth elements that could be really disorienting at first, but ultimately makes for a more complex listening experience as one starts to pay attention to them. Though I can appreciate the complexity, in terms of my listening experience, the simpler the better. Maybe eliminating a couple of sounds like the ringing, more high-pitched synth melody during the chorus might make the song feel less cluttered. 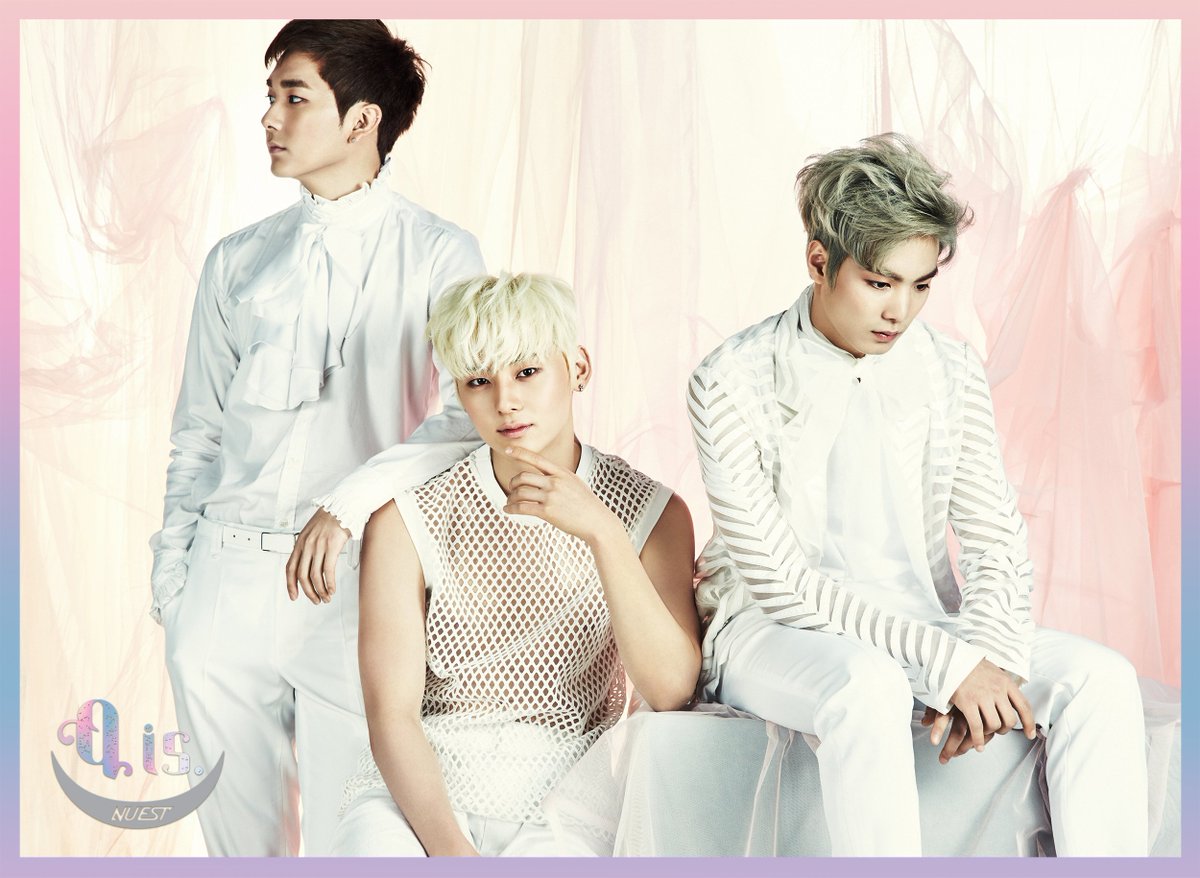 The lyrics create interesting comparisons between NU’EST’s object of desire and a safe haven that they’ve always been looking for. It’s interesting that the beloved is presented as a place and as someone that could save NU’EST’s life, like an oasis in the desert. But this relationship is by no means one-sided. Their beloved is not only capable of saving NU’EST, but NU’EST has promised to protect their beloved as well. Sounds like a mutually beneficial relationship.

For the second track we have the title track “Overcome.” The power of Baekho’s voice combined with the delicacy of Minhyun‘s voice in the chorus were particularly pleasant to listen to. However, similar to the first track, there seems to be a lot going on in the sound department — typically my initial reaction to dubstep. Especially since the song starts out slowly, the influx of sounds is discombobulating until you start listening more closely. In particular, the occasional bird-screeching noise in the background is a bit distracting and seemingly unnecessary. Like “My Heaven,” there seem to be some extraneous sounds that could be done away with.

The lyrics continue with the previous song’s theme, and NU’EST insist on protecting their lover from all harm, no matter the conditions. This theme is more along the lines of the typical “I’m a man and I can protect you” route. However, NU’EST’s association with magic and spells is interesting, especially since before the Harry Potter series, the typical association with incantations may be with evil witches. And we all know that when evil witches come into the picture, there are always consequences. Were the lyrics crafted with this in mind? Did they mean to imply a sinister undertone by suggesting that no matter the consequence, they are willing to do anything for their beloved? This foreshadows a dark turn, as it has implications that this love they hold could potentially become problematic.

The album then takes a sharp left into track three, the smooth and jazzy “In Fact.” The song has a fixed melody and beat, which contributes to its groovy and upbeat feeling. One thing that is a bit distracting is the ever-present nasally voice, but it somehow does make the song more interesting. The lyrical content provides a positive message: NU’EST sings about how perfect their beloved is and how they do not have to spend so much time dressing up because the time could be better spent together. It’s a nice, calm song with a cute message that might add a spring in one’s step as one walks through town on a sunny afternoon.

The fourth track continues the happy mood with “Bickering,” an upbeat song that invokes a scene of a group of friends cruising down a highway in a convertible. The inclusion of the trombone, shimmering sounds, and piano adds to this upbeat mood in a feel-good song. The song itself is about a relationship that has grown past the “honeymoon phase” and NU’EST asks for their lover to understand that they belong together. The sound of the song seems like it would be more about something happier, so there seems to be a slight disconnect there. However, it is a happy song that is a definite mood-booster.

The album then slows down for track five, “ONEKIS2,” the album’s ballad track. The song itself is less processed, as it is mainly driven by the vocals and a piano melody, which is a satisfying change of pace in the album. In particular, Baekho’s voice stands out because his voice is a bit husky — but not overwhelmingly so — and it provides for a rawness that makes the song more moving. Minhyun’s falsetto at the end is also a nice touch; there is desperation and a raw outpouring of emotion that can be felt by the listener. The lyrics aren’t particularly interesting as it is a quintessential love song where NU’EST croons their appreciation to their lover, as well as their desire for “One kiss for love” and “One kiss for us.” Overall, the song has a calming feeling that one might listen to while they lie down and admire the ceiling — because what is productivity? 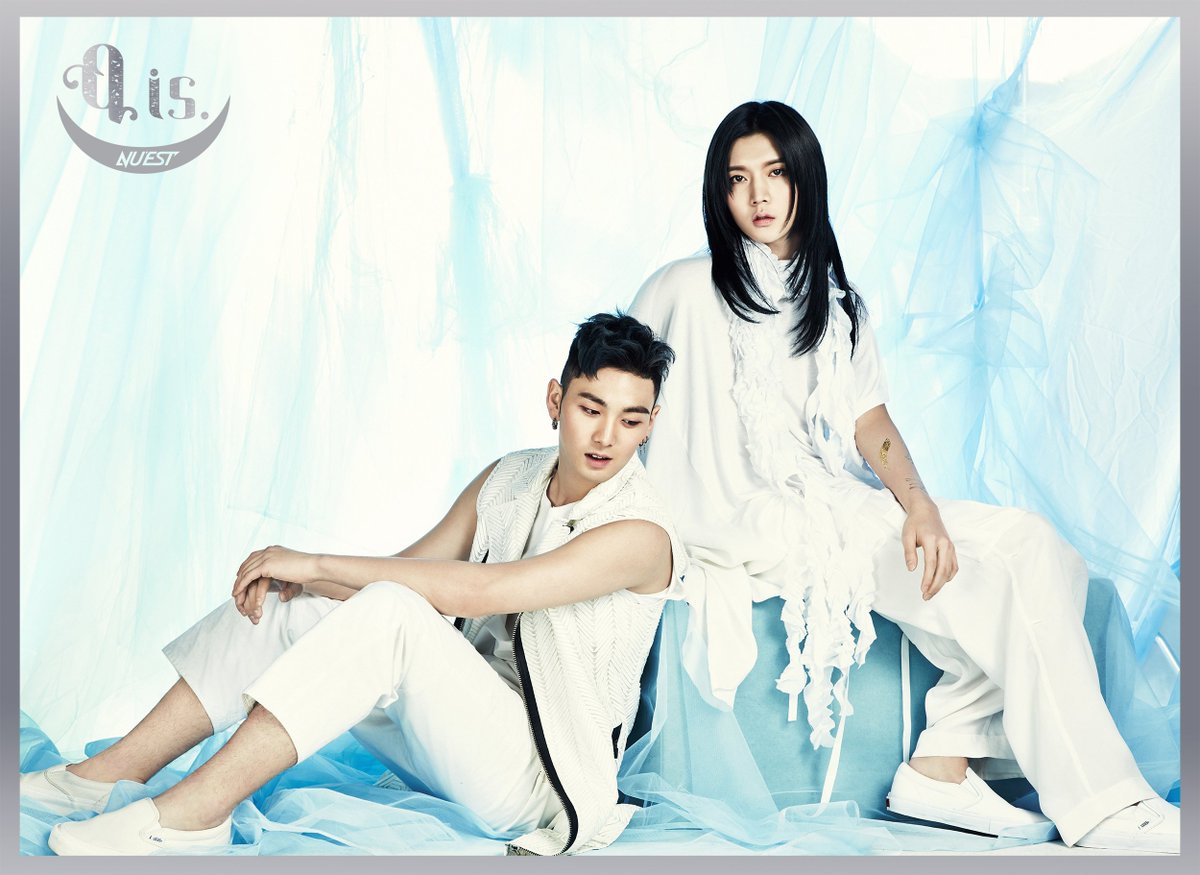 The songs on Q Is progress from more synth-infused and processed to more stripped down. Also, they go from being more fast-paced to more calming, slower, and soothing. There is a sensible progression of pace and sound, and the album plays out like the hustle and bustle of a busy day that gradually winds down as the day comes to a close. While the processed noises are a little disorienting and not completely necessary, it adds an intriguing complexity that could make the listener want to listen to it again to track the progression of the flurry of sounds. After that, the listener can take a step back and be calmed by the slower songs before drifting into a peaceful sleep.

Q Is provides a good range of material to show off NU’EST’s versatility. The lyrics to “My Heaven” and “Overcome” were also particularly interesting — with their mentions of safe havens and magic. However, the songs on the album did not immediately bring NU’EST to mind. The group had initially set themselves apart with hard-hitting songs: they addressed bullying in their debut, got classy in “Hello,” and were quirky in “Sleep Talking.” But since dubstep has now become more prevalent, their music has blended in with that of other artists. While NU’EST cannot be expected to stick to the same concept, in this oversaturated market, they need a little more to set themselves apart musically, so they can remind the industry that they, despite the time away, haven’t and aren’t going anywhere.

What did you think about NU’EST’s comeback?