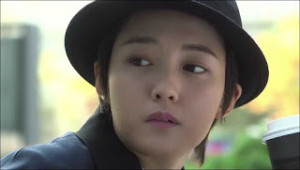 Web dramas are one of the newer genres of K-dramas to gain popularity in the past year or so. With the success of shows like Secret Message and Noble, My Love, more and more web dramas are being developed and produced.

One of the newer ones from last year is Love Detective Sherlock K, a comedy centered on Da-Hae (Nam Bora) crossdressing to be “Sherlock K,” a successful psychologist and relationship expert. She’s assisted by her two trusty sidekicks, Kang-San (B1A4’s Jinyoung) and Jin-Joo (Park Jin-Joo). Kang-San is Watson to Da-Hae’s Sherlock; he is both her friend and protege, acting as an adorable foil to her intelligence and confidence. Jin-Joo manages the cafe that Da-Hae runs her relationship consulting business out of and is also an ex-hacker. She’s sassy, loyal, and always down to help Da-Hae with whatever she may need.

We first meet Da-Hae dressed as Sherlock K, waiting for her guest appearance on a weekly show where she gives out advice to viewers and guests. Kang-San is by her side, offering witticisms as celebrities spill about their struggles with love. We’re introduced to Sherlock K’s adoring public, always waiting outside the cafe with Jin-Joo shooing them as far away as she can. 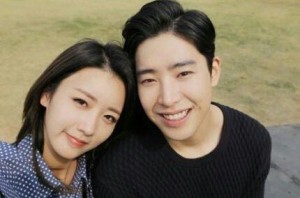 In addition to fans, Sherlock welcomes clients with problems to come to her. One of these clients is Min-Woo (Park Min-Woo), a wealthy heir who has just met the beautiful Yuna (Yoon Bo-Mi), a notorious Hallyu star and gold digger. Min-Woo wants Sherlock K to look into Yuna’s intentions, to discover if her claims that she loves him are true. At first, Da-Hae rejects Min-Woo’s request, but after looking into Bo-Mi, she changes her mind. As the series continues, Da-Hae’s and Bo-Mi’s individual pasts come to light and we see how their stories intersect.

The series itself shows promise during the first episode, but unfortunately it never fully delivers. Each episode is about eleven minutes long and a good portion of that is spent on the opening sequence and previews for the next episode. If you cut out those components of each episode, new content is only about six to eight minutes long. It feels very much like reading a novel but are getting interrupted every time you turn a page. It’s disconcerting, making the flow of the plot feel less like an actual story and more of a poorly planned vignettes.

Another major frustration was the build up of the drama between Yuna and Da-Hae. It got to the point where the viewer expects Yuna to be a murderer or something equally tragic, when instead, she just used to date Da-Hae’s older brother. The big reveal feels unsatisfying after all the intrigue in the previous episodes. If the opening sequence and previews were cut out, Love Detective Sherlock K could have been a fun web drama and the writers may have been able to actually create a consistent story line, but with its current format, it suffers and falls flat. 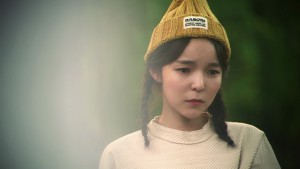 However, the biggest redeeming quality to this subpar web drama is the acting. The entire cast works with what they’re given and does their best. My favorite performances are from Jin-Joo and Min-Woo. Jin-Joo’s character is easily the most interesting from the bunch; her past as a hacker who cracked into Korea’s version of the CIA just because she was bored makes her my favorite character. She has very little screen time, but Jin-Joo steals the scene whenever she’s present.

Park Min-Woo has always been an expert in portraying withdrawn and lovesick characters and he’s no different in Love Detective Sherlock K. The best scene featuring him is when he meets with a variety of fortune tellers after Da-Hae rejects his business in the beginning. Watching him get more annoyed with each passing failure is adorable and believable. His chemistry with Bo-Mi is great, too; his character’s insecurity and her confidence play off each other well.

Did you watch Love Detective Sherlock K? Share your thoughts in the comments below!