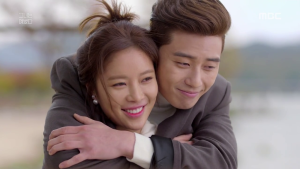 The joy of K-dramas is in the ability to suspend disbelief. As unrealistic and even farcical as dramas can get, the absurdity is fun and funny even. Until it’s not. And that line, when it’s crossed, is usually crossed at the 3/4 mark, that moment when drama writers decide to hang the entire drama on a single, usually beyond preposterous, situation and then somehow destroy everything and everyone, just to halfway reassemble an ending. I don’t want that to happen with She Was Pretty, but I’m kind of worried it’s going to end up that way.

We’ve had so much progress in the romance department in the past four episodes, but little of it’s been realistic. First, both Hye-jin (Hwang Jung-eum) and Sung-joon (Park Seo-joon) have finally admitted their feelings for one another, and Sung-joon finally found out the truth about who Ha-ri (Go Joon-hee) and Hye-jin are. Those two acts alone are big changes. The fallout between Sung-joon and Ha-ri is understandably swift and icy. If I found out that the girl I thought was my first love with whom I’d finally reconnected was actually someone else, I’d be devastated so it’s understandable that he would react so coldly and not even give her a chance to explain herself in the moment. 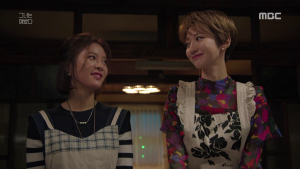 What’s surprising is the next part of his reaction: Sung-joon quickly moves on to focus on his feelings for Hye-jin. Even when she explains that she had the idea to lie to him, he doesn’t care and is instead excited that he can actually reconnect with her now. Ha-ri may have been the one who continued the deceit, by accident at first but later intentionally due to her feelings for him, but I can’t help but be a bit skeptical about Sung-joon’s immediately forgiving Hye-jin. Sure, this girl is his first love, and he’s so excited to have finally put the pieces together (pun intended), but it seems odd that he wouldn’t be at first upset with her or something other than just purely happy. I imagine the emotion one would experience would be far more complex than that, making it difficult to believe how quickly that progressed.

To add to that, Hye-jin’s initial refusal to act on her feelings for Sung-joon, all because of Ha-ri, is too much for me. I understand her speedy forgiveness, as her relationship with Ha-ri is so longstanding and close that nothing can truly get between them. Even her decision to let Ha-ri come to her on her own instead of confronting her herself, while unusual, is reasonable since confrontation with your best friend is one of the worst experiences. But this decision to not be with the guy she likes and has almost always liked just because Ha-ri likes him, too, is too much for me. Don’t be angry? Okay, you’re a nice person. Don’t be upset? Okay, you’re a forgiving person. Hold back your feelings because your best friend who lied to you about this entire situation also likes the same guy? Nah. That’s unrealistic.

On the positive side, I was happy to see Sung-joon actually be genuine in his promise that he would wait for her and not pressure her. Far too often, we see a male lead claim he is okay with waiting for the female lead then turn around and get jealous about a situation or show up at her home to try to woo her. Even when Sung-joon does show up at her parents’ house, it isn’t too make her fall in love with him or some nonsense. He simply wants to know why she doesn’t want to date him. I’m still waiting for the day when K-dramaland people learn how to be honest before everything goes wrong. As such, I was beyond frustrated while watching it play out — poor Sung-joon was so confused why Hye-jin changed overnight — but thankfully it didn’t last long. 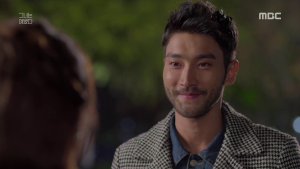 Sadly, while some aspects of his background still await revealing, Shin-hyuk (Choi Siwon) has been firmly moved to the sidelines. My cries and pleas at Hye-jin through my computer screen went ignored, and so she didn’t go with the guy who loved her from the beginning. That’s okay. I can accept that.

What I can’t accept is that it’s put such a great character out of the picture. Shin-hyuk may be funny, smart, supportive and kind, but his entire existence has been relegated to a mere romantic rival for Sung-joon. He may still be waiting for his moment to step out and be revealed as the nephew of the editor-in-chief — I’m sure it’s him — but he’s on the sidelines no less. Even Ha-ri has been pushed to the sidelines since her interference in the Sung-joon-Hye-jin relationship has been revealed. I wanted more about her mother to play out on-screen, but that storyline wraps up quickly and neatly, so much so that I almost forgot it happened while writing this review.

The relationship between Hye-jin and Sung-joon has been the main source of narrative tension in the whole drama up to this point, but after these two huge revelations, it’s gone. And now, I fear for this drama. The lovey-dovey relationship between Hye-jin and Sung-joon has been so cute thus far — I loved when he showed up at her apartment in the middle of the night all because she mentioned some food she wanted — but we all know that happiness in dramas is always short-lived. Something is bound to happen to mess everything up. 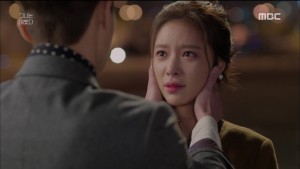 In these lulls, when not much is left to be revealed, drama writers love to pull out The Big Book of Cliches and Tropes and use it with reckless abandon, tossing in all that they can in fistfuls at a time. At the end of the last episode, we have the missed phone call from Leonard Kim, the proposal staked on the success of The Most and finally Hye-jin’s ominous comment about luck, which all hell is about to break loose for The Most and thus Hye-jin and Sung-joon’s relationship. It’s a cheap shot to tie the two together, and I don’t like it.

The first few episodes of this drama surprised me with well-developed and interesting characters that were as close to realistic as you can get from a rom-com K-drama, and even as we moved into the second act of the drama, the interactions and narrative movement made sense to me for dramaland standards, but things have devolved pretty quickly in the last few episodes in favor of cute romance and little else. I loved this drama at first, but with three episodes to go, I’m almost scared to finish it.