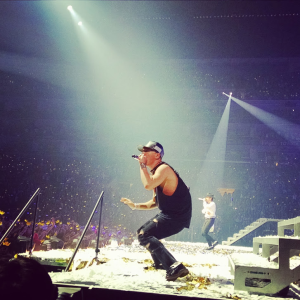 While K-pop boasts some pretty awesome (and viral) music videos, the live performances are a large part of the industry culture. We are glued to our TV and computer screens as idols perform up to five times a week on music shows. And if we are lucky, we may even be able to see our favourite idols performing live in the flesh.
With many of our writers still high on the buzz of seeing Big Bang live, it seems like a good time to ask: What makes a good live performance? And how do K-pop artists compare to their contemporaries in other industries?

Cjontai: When it comes to concerts, I only want one thing — absolutely no lip-syncing! Unless someone is suffering from illness, I expect live vocals. I don’t want excuses about how hard the choreography is either. If it’s impeding their ability to sing, then switch it or ditch it. I’m paying good money to hear these idols breathe into their mics. I need to know this moment is real!

It’s great when the artists enjoy themselves as well. I like performances where you can see how much they love what they do. That’s why Mamamoo entertains me to no end. Hwasa always looks happy on stage.

Pat: I second that! I paid good money for a good show. For me, live singing is an essential part of concerts. There are idols who change their choreography to something simpler in concerts so that they can sing every song live. I also love it when they give unexpected remixes or changes in arrangement of their commonly heard songs, or even take it to another level and do band versions all throughout. It’s a different experience and one you can only hear in concert, making the money spent worth it. 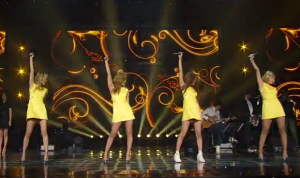 Outside of concerts and more on performances on television, I’m just happy if they not only sing live, but also look comfortable with what they’re wearing because that leads them to perform better. I also love when they do little changes, making each stage unique and fun to watch. And if they can reach a high note in their CD version, then I expect them to be able to reach it live. Maybe not every time, but around 60% of the time at the very least.

Madi: I have to say that I completely agree with Cjontai. No lip-syncing, unless there’s a condition preventing them from singing live 90% of the time, and the artists enjoying themselves are the most important aspects of a good live performance. Actually, I think artists wouldn’t enjoy themselves if they were lip-syncing on stage. For one, they know their fans wouldn’t stand for it, and for the artists, the last thing they would do is want to let down those who came out to see them because they didn’t have to.

Another aspect is while a tour’s set list is pretty much set in stone, mixing different elements during each stage night is a good addition. Making each night special to each location to play into the idea of anticipation and question ‘what’s next’ and ‘what are he/she/they going to do this time.’ Even with the previous Roundtable with Big Bang, we all saw the same artist, and some elements were specific to our location.

Reading your audience and reacting accordingly makes it better. This isn’t necessarily about fan service, but treating the viewers as people and not just a commodity. 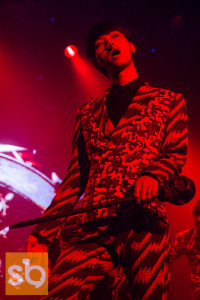 Willis: First of all, I agree with what everyone here has said about no lip-syncing. Some other things that I look for are moments where the performer can establish a connection with the audience. I think K-pop acts do this well, catching the camera and charming the crowd in the few seconds they have on screen. But on bigger stages, I find charisma and energy to be more important in elevating a performance and delivering something that both the crowd and performer can enjoy and remember.

I think there are tiers of performance ability within the K-pop industry, so I find it difficult to compare it to contemporaries from other industries (especially when there aren’t a lot of groups in the US). Generally, K-pop groups are very well choreographed, but that can be a double-edged sword. With highly rehearsed routines, there is not a lot of room for improvisation on stage — especially when you have to consider the movements of your other members. As K-pop groups mature, they become more engaging and comfortable on stage. More K-pop artists perform unique arrangements of their hits and use live bands to create something fresh for attendees, and those facets would only serve as positives —  affirming K-pop’s performance strength among their contemporaries.

Hania: As many of the others have already said, including live vocals as well as a live band are essential to a great performance. Personally, I’m happy to watch a performance that is maybe slightly pitchy if it means that the artists are actually giving it their best shot to perform live for the crowd.

It’s also nice to see a performance stripped of any storyline or editing that may have been in the original MV, allowing you to appreciate the music for what it is. I also love when artists go out of their way to tweak something in each show, especially if they’re embarking on a massive tour, so that audiences are truly getting something unique with each show that is performed. 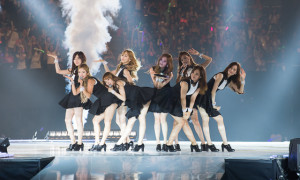 Gaya: I’m with Willis on the aspect of K-pop that requires every wink and smile to be choreographed. It takes away from the spontaneity that makes live performances truly memorable. But we can see idols, especially those with more experience, break away from routines to engage with their audience.

Having attended Big Bang’s concert this week, I have to talk about the charm of live music, as well. I agree about there being no lip-syncing, too, but I also think groups should perform with a live band where possible. As great as a K-pop act is, there is something missing when it comes to performing with just a backing track.

This is something I’ve experienced myself outside of K-pop as a dancer. We sometimes have to perform to a CD of the music for practical reasons; and while it is more predictable and much less hassle — for example, the mridangam player in a recording is never going to forget to play an important part that accompanies the intricate footwork you have been practicing for weeks to get right — it creates a whole new feeling for the songs you already know and love. It may not sound the same as the recording, but if done right, it can become its own unique entity that you can appreciate alongside the original.