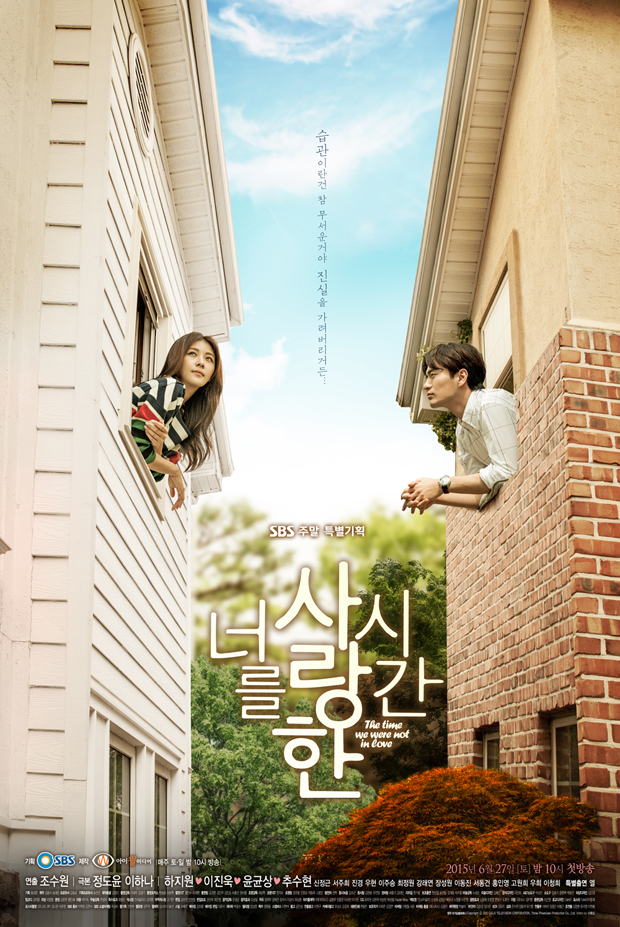 This past week saw the last episodes of the Ha Ji-won and Lee Jin-wook drama The Time We Were Not In Love finish its sixteen episode run. My last review of the first six episodes compared the Korean series to the Taiwanese counterpart (In Time With You) — noting that there were only small differences distinguishing the two from one another.

While the first half of the drama suffered pacing and writing issues due to untimely staff changes, the series started to find a better rhythm in the latter stages. There was a more noticeable, distinct voice that came through — allowing the series to flourish as an entity separate from In Time With You. Instead of following every detail of the original, The Time We Were Not In Love was able to flesh out its main storybook romance with a different type of dynamic while also adding dimension to some of the more original side plots.

Picking up where we left off last time, the audience watched as Oh Ha-na (Ha Ji-won) dealt with the return of her ex-fiance Cha Seo-hoo (Yoon Gyun-sang). At this point, Choi-won (Lee Jin-wook) wants to steer Ha-na away from Seo-hoo because Seo-hoo was the cause of a lot of suffering when his and Ha-na’s engagement fell apart in the past. Ha-na still has strong resentment towards him, but a part of her also wants to get that closure and understand why Seo-hoo went MIA on their big day. 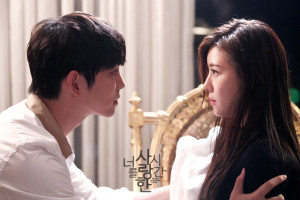 What follows is a lengthy arc that sees Seo-hoo woo Ha-na back into his good graces. At the same time, we see Ha-na and Won undergo a rough patch in their friendship. Trying to squeeze in a close friendship while maintaining a love life not only serves to exasperate Ha-na, but it also opens her eyes to what she values in a relationship and makes her reassess if she is truly happy being with Seo-hoo again.

The is the main appeal of this drama that also stems from the original: the exploration of a male & female friendship and if it is possible for a close platonic one to exist within a society’s understanding of hetero relationships. It magnifies Ha-na and Won’s close friendship and adds complication when it interferes and intersects with a romantic one.

What differentiates The Time We Were Not In Love from In Time With You may feel like small alterations, but they have a substantial effect on the tone and feel of this drama.

In this case, though, the side characters and their plots add something extra to the drama. For one, the integration of the younger brother storyline — where he builds a successful web comic based off Won’s old script of his and Ha-na’s story — is an entertaining side plot. It was great to see his character develop over the season — from someone who doesn’t have much ambition to someone who has the drive to chase after his dreams. 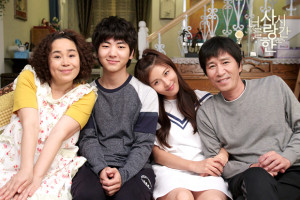 Another intriguing change is having Won be Ha-na’s childhood neighbor. This deviation from the original allows him to have reason to be close to someone else’s family.

A last positive deviation is how Ha-na comes to realize that Seo-hoo is no good for her. This is one of the qualms I have with In Time With You. Rather than having a random cheating situation come up as a reason for the break up (which happens in the counterpart), Ha-na’s self-realization that her and Cheo-woo’s partnership is unhealthy and making her unhappy feels more in line with her character growth and stands as a well conceived endpoint for that arc.

At the end of the day, while I did find the second half of the drama stronger than the first, I still ultimately feel dissatisfied with it. Is it the chemistry between the leads that misses a beat? Or could it be the speed at which Ha-na and Won go from being best friends to husband and wife? They have a strong friendship, but there are still some awkward moments as they transition into being a couple. Those moments are shown to emphasize the fact that even though their evolution into a couple sounds magical, a relationship still takes a lot of work. However, I found myself favoring their close platonic friendship over their couple relationship. At the very least, this drama wraps up the storyline neatly. The Time We Were Not In Love is a cute adaptation that brings enough new sensibilities that romantic comedy fans as well as fans of the original can both enjoy.