Kara Shoot for Love in "Cupid" 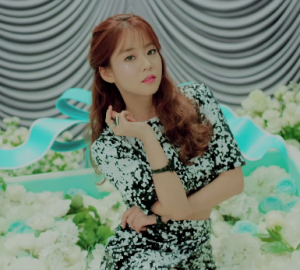 With the second “Cupid” song this year, Kara has made there comeback after 8 months. In this release, the girls take up the role of cupids looking to entice a man. The only question is will this song become a hit or miss?

“Cupid” is a progressive piece that brings together different elements with the intent of seduce the viewer. It is based on the idea the girls should be coy in the face of romance and wait for the man to pursue them. However, Kara take this further by pursuing the one they want subtly.

Tell me honestly, be a man, shoot it out
Why can’t you say it? I’ll pretend I don’t know
I’m aiming for that empty spot, though I tried to pretend I wasn’t interested

The progression of the song borders on boring at the beginning but picks up enough around the chorus to save it. The vocals and the backings at the start don’t seem to fit together, with the backings being a miss mash of sounds somewhere between the Charlie’s Angel’s soundtrack and disco keyboard. It’s just awkward and uncomfortable to listen to. It’s only when the beat becomes prominent in the chorus that the melody and the backings seem to fit together.

The chorus is where this song has the ability to hook the listener, with the collective vocals of the group standing out from the rest. Kara has always had a distinct and impressive collective sound and it’s great to see they haven’t lost it. Though, Gyuri and Seung-yeon’s vocals become the highlight, building the energy up with their solos towards the end of the track. This is definitely an enjoyable track from Kara,but it just doesn’t seem to have the normal energy that the group has.

[youtube http://www.youtube.com/watch?v=74RzHIpZuDY&w=560&h=315]
Young-ji’s rap borders on lazy where it is supposed to be seductive; it ultimately comes out flat. Unless trained as a rapper, the rapping lines are usually given to the member that doesn’t really stand out and needs something that defines them. Young-ji, as the newest member to Kara, has still yet to shine within the group. Though, she has already made an impact within the variety sphere with her likable and different personality, I am still waiting for her to stake her place within Kara. 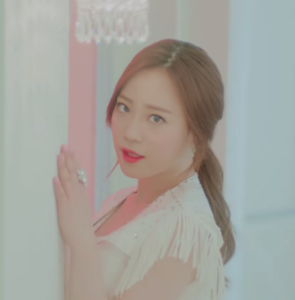 In the MV, the aesthetics are used to reflect the message of the song, however they rarely enhance it. Valentine’s Day seems to be the main theme with sets full of presents and flowers. As seen in the teasers, each flowery set is different for every member. Hara’s has to be my favorite, as it makes use of the metaphor that she is the diamond on top of the ring.

These scenes are visually stimulating and heavily contrast the blank white sets that the girls walk around while singing to the camera. However, most of the scenes are focused on the faces of the girls as they intensely look into the camera. You might even say they are trying to seduce you. Yes, seduction is the name of the game, especially for the one male lead in the MV. Fitting the “Cupid” theme, Kara use roses in the MV to symbolize cupid’s arrow, with the rose hitting the male lead straight in the heart.

There is one theme in this music video that seems out of place; specifically, the cowboy hats. The country/western theme makes reference to a standoff or shoot out. It definitely fits the cupid theme, but it just seems tacky among the delicate flowers and presents. 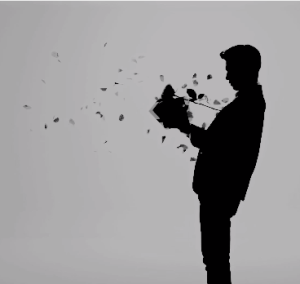 The dance is one aspect that is supposed to enhance the song and Kara is known for its dance moves. They are not really known for normal, yet that is what the dance in “Cupid” is. The moves are slow and sensual, fitting the progression of the melody. Yet, I can’t help but feel I have seen them before.

This MV and song reflect what Kara have done in the past, from the song progression to the visual focused sets. However, the combination of each element doesn’t seem to have same spark or energy of their older releases.

The song’s beginning, which I found almost boring, really set the tone for the reception of this song. While the chorus did help recover my interest, it didn’t have enough to make me love it. Since the MV complimented rather than enhanced the song, with the use of box sets, it couldn’t really increase my interest further. It just needed to a bit more for me to truly enjoy it further than just saying ‘oh, pretty’.

What is your opinion on “Cupid”?