Now, the K-pop fandom is so easily reachable online that we can’t keep people away! The Fine Bros have done yet another “React” video about K-pop — specifically Exo this time. But let’s not just talk about them, let’s talk about this place called YouTube specifically.

Today’s question is: How do you think YouTube has affected the K-pop fandom? Is this ease of access to Asian Pop a good thing, or is it damaging a special niche? How do you feel about YouTube creators capitalizing on K-pop?

Gaya: If it weren’t for YouTube, I’d say most of us wouldn’t be here. And I think this ease of access is what makes K-pop so successful. Making full MVs available on official channels and producing extra content (like 1TheK’s Hashtag interviews) makes K-pop easier to consume and interact with. A lot of other music industries have been using YouTube in their own way for promoting (like Indian films having “Jukebox” videos of their entire OSTs online), but K-pop really makes really good use of the site with exclusive and interactive content.

Andy: K-pop is essentially using YouTube as another distribution channel. Exclusive content, translated messages, and MVs all help companies expand their audience, and by extension, their market. For many of us, it’s the closest we’ll ever get to actually see our favorite artists perform in any capacity. The fact broadcasting stations have also picked up on using YouTube just shows how imperative the platform is to the Hallyu Wave.

That being said, K-pop still is a highly marginalized industry. Despite growing reach, people who are active consumers of all things K-pop are still seen as weird, odd, etc. And those who are actual Korean artists are still seen the same way. I don’t see the growing reach to be so much as damaging the niche, as it is enriching K-pop with different views and quality. The extra attention probably forces K-pop companies to be on their A game, which helps create better quality product for consumption. Well, for the most part, as some smaller companies haven’t quite figured that out.

Camiele: YouTube has affected K-pop in the same way it has affected any media: it has brought it to a global stage in which everyone has a chance to discover it for themselves in a big way. Business-wise, it’s most definitely a good thing that it has become such an attainable medium, most especially since the goal of K-pop for easily the past few years has been to expand their brand to a “Western” audience. However, just like most people feel about an underground movement (whether it be something as monumental as the punk of the ’60s and ’70s to something more commercially accessible as Nirvana and the grunge movement of the early ’90s or even someone like Jeff Buckley), those who’ve been with the genre for a while may feel slighted, as if, “Hey, we’ve known about it for over eight years; now it’s some sort of commodity heralded by people who know Psy and think they’re one of us.” Yes, it’s a somewhat immature and grade-school mentality, but every movement with a younger demographic as its backing as always had this mindset.

I’d be lying if I said I didn’t somewhat look a bit sideways at fans who’ve come up because of YouTube, but ultimately isn’t that what we all want as fans? Our favorites to be recognized for what they do? Want our favorites to get the success they desire? If what they desire is to be recognized by audiences worldwide, I don’t think there’s anything more validating of the genre you love is than more people recognizing it and coming to enjoy it in the same you do.

As far as YouTubers capitalizing on it… it is what it is. Ultimately it gets K-pop recognized, and by people who otherwise wouldn’t know about it. People forget, K-pop has been around and been growing since the ’90s. It’s not “new” by any stretch of the imagination, just new to a wider audience. It’s not ruining something that’s in its infancy; it’s only getting the word out about a genre that’s been very isolated to South Korea for almost 20 years and has now opened itself up to acceptance from more people in the past 7 or so.

Gaya: It feels like the only question mark when it comes to who benefits from these YouTube videos is the existing international K-pop fandom. Like you said, Camiele, there’s still that possessiveness which can make it a negative experience. I don’t think it’s necessarily an age thing, either; we only have to look at how sports fans react to new fans when the team is having a good run. I guess you can call it a more mental age/EQ thing?

Every other party, though, gets something good out of this. For South Korea, this kind of exposure is exactly what it wants to increase its soft power; for viewers, it’s more new content for them to consume; and for the YouTubers themselves, it’s both a way to produce new content, as well as share more of their own interests. A lot of them are K-pop fans, too, so I think they must enjoy being able to talk about an interest. Maybe the days of YouTubers pretending not to know about K-pop are behind us…

Chelsea: Seconding Gaya, I don’t think many of us would be in our respective fandoms if it weren’t for YouTube. If Korean entertainment companies wished to regionally limit their content they would stick with hosts like Naver and Daum for sharing. YouTube, on the other hand, has become the standard global distribution channel — especially for Western audiences. So the use of YouTube is a very smart and successful business strategy for creating an international fan base. I think this is even more apparent when one takes into consideration that a lot of Korean broadcast content is now blocked on YouTube in Korea — so it essentially is there exclusively for international audiences. I stumbled into K-pop on YouTube, and though it was other social media that kept me in the fandom, I know that I never would have become so invested if the content wasn’t made available on YouTube in the first place.

Since Psy broke YouTube with “Gangnam Style,” I agree that a lot more attention has been paid to the K-pop side of YouTube and like Andy said, companies now have to be on their A-game. One huge benefit of the increased attention is that a lot of companies are subbing their music videos, interviews and other content so that it is immediately available to the international fans. Also, the more international demand there is, the more global K-pop acts become — just look at Music Bank being held in Mexico City. One of the downsides is that, the more attention K-pop gets on YouTube, the more it feels like we have to defend K-pop against a slew of ignorant remarks. (Also, the more I start to feel like a K-pop hipster for having those “I was here first” feelings Camiele referenced.)

At the end of the day, YouTube has effected Hallyu by helping to make it a truly international trend, and in turn, companies are capitalizing on that attention. I think mostly good things are coming from the increased attention, and hopefully it opens even more doors in the future.

Cjontai: Like a lot of you, I also was introduced to K-pop through YouTube. My friend insisted I check out some groups named 2NE1 and Big Bang. I found them strange at first, but Big Bang’s “Bad Boy” grabbed me, and now I’m here after two years. I’ve been able to discover a plethora of groups, and there are so many that I feel like a kid in the Wonka factory.

I love that K-pop companies are using YouTube to widen their market, but I do wish more of them would realize exactly how powerful this business tool is. In general, I’m addressing the endless variety shows that only feature unsubbed clips on YouTube, forcing international fans to depend on fan-made translations if they’re not fluent in Korean. They know there is a market in overseas expansion, but sometimes it feels like they don’t quite believe K-pop has reached a Western audience. It’s like they’re waiting on us to give up by making zero attempts to translate shows. It doesn’t even have to be in English to show that you acknowledge the non-Korean audience, but make a freaking effort, and there won’t be talk of the Hallyu wave ending. 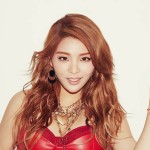 As for YouTubers capitalizing on this, I’ve seen some MV reactioners turn their activity into actual businesses. Some of them even sell their own merchandise or get invites to K-pop events in their respective countries. I’ve noticed a few also manage to get interviews with these idols — in person. Plus, let’s not overlook how many foreign idols transitioned their YouTube fame into careers in South Korea. Eric Nam, Ailee and Jay Park all capitalized on the power of YouTube. There is money to be made on both sides, but lately, it feels like the international audience understands that far more than these Korean companies.